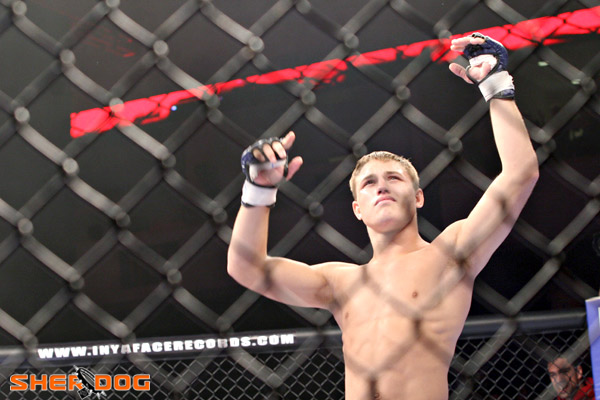 UFC 263 has an action-packed main card, headlined by middleweight rivals Israel Adesanya and Marvin Vettori. With blockbuster names such as flyweight champion Deiveson Figueiredo and welterweight Nate Diaz also in the lineup, this event is one of the biggest of the year. The significance of this card is demonstrated by the prelim headliner, in which Drew Dober and Brad Riddell square off. With contrasting career paths, these two strikers will serve as a perfect appetizer to the pay-per-view main card.

Dober joined the UFC ranks in 2013. He now has nine wins in the promotion. Dober had a standout year in 2020, with back-to-back finishes of Nasrat Haqparast and Alexander Hernandez. With brutal knockouts over these two rising prospects, Dober solidified his place at the top end of the lightweight division. Most recently, he lost via submission to grappling ace Islam Makhachev. However, Dober is out to rebound from this setback in what figures to be a more favourable match-up ahead of him on Saturday.

Dober has a come-forward, pressuring style. He has calculated striking and a piston-like left hand from his southpaw stance. It is this weapon that earned him knockouts in his last three victories. Moreover, Dober, who trains with Elevation Fight Team in Denver, might implement takedowns into his strategy. Training at nearly 6,000 feet of altitude, Dober is always well conditioned and could look to take this fight into the later rounds and test Riddell in deep waters.

Riddell had 69 professional kickboxing fights before transitioning to MMA. In that time, he fought the likes of Cédric Doumbé and went on to beat the legendary John Wayne Parr. Riddell’s last kickboxing fight came in January 2019, prior to his signing with the UFC.

Riddell is now 9-1 in his MMA career, with three wins under the UFC banner. All three of those victories have come via decision over respected names, including Magomed Mustafaev and Alex da Silva. Riddell was successful in controlling the pace and distance in these contests through the use of lightning-fast kicks and ever-improved boxing. His takedown defense was tested by da Silva, with Riddell showing that he is capable of thwarting a wrestling attack.

Dober has an experience advantage in MMA, with as many wins in the UFC as Riddell has in his career. However, Riddell is no stranger to competition and has the edge in all-round striking ability. Whilst Dober is predominantly a stand-up fighter, he might look to introduce clinch work and takedowns into this fight to tire out the New Zealander.

This is without a doubt the biggest fight of Riddell’s MMA career. Dober currently holds the No. 13 spot in the UFC’s official lightweight rankings. In what Riddell will view as his coming-out fight, Dober will attempt to derail the hype and remind everyone of where he deserves to be in this weight class.

With huge stakes in the lightweight division and a match-up that promises excitement, this fight is certainly one to watch.