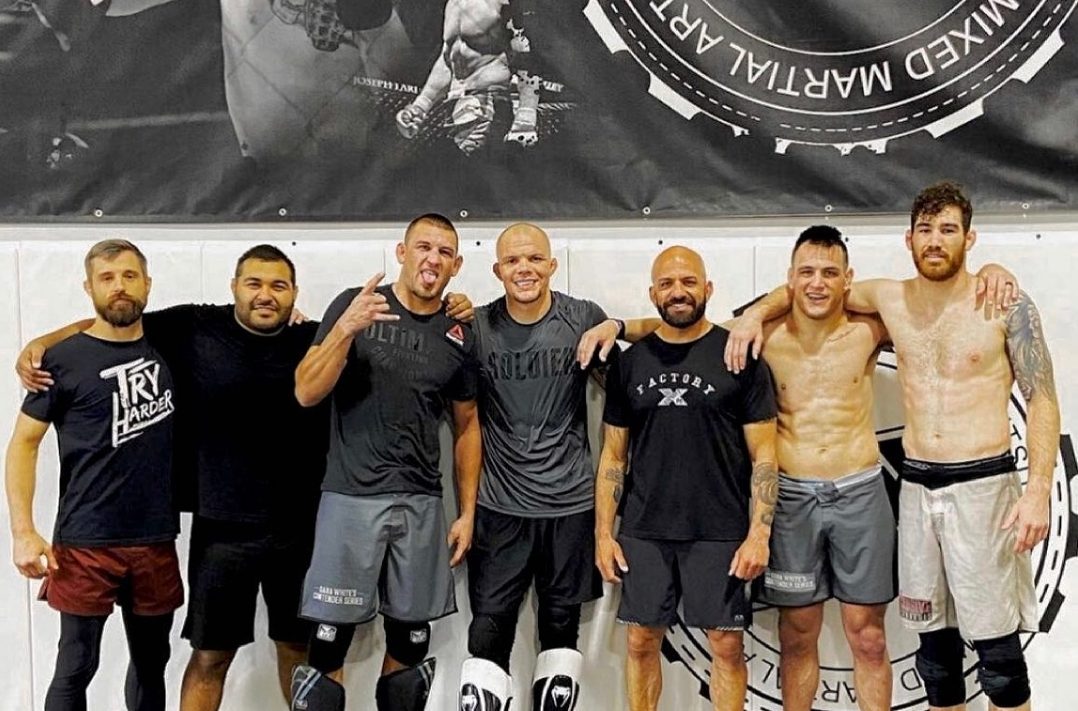 The above quote is one of the most classic lines from the 2003 hit movie Old School. It’s how a lot of people really feel about Denver.

Denver and the state of Colorado — albeit not the Sunshine State, as that moniker actually belongs to Florida — have an allure that draws people from all over the world. The MMA scene in the Mile High City has always been hot, too. Denver is the training spot — and often the home as well — for many UFC stars, including women’s strawweight champion Rose Namajunas, former contenders Anthony Smith and Justin Gaethje, current contender Cory Sandhagen, and Dustin Jacoby. It’s no wonder a fighter from Pennsylvania who happened to be visiting Colorado decided to permanently move there.

Josh Fremd was born and raised on the East Coast. That’s where he began his MMA career, too. He came to the Denver area with his girlfriend, and a friend suggested he try out Factory X Muay Thai in Englewood.

“I was going to go to Sanford MMA and move down to Florida,” Fremd told Combat Press. “I came out to Denver on a whim, because my girlfriend got a job, and, dude, I fell in love with it. It’s beautiful out here. Everything’s wide open. There are a lot of places to just go hang out by the lake or by rivers. That’s pretty much all I do outside of fighting.”

Fremd has now been in Denver for a couple of years. He also became a permanent fixture on the Factory X fight team. He instantly meshed with the camp and picked up pretty much right where he had left off before the move. He brought a 4-1 mark out west and has added another three victories since then while fighting for the Legacy Fighting Alliance.

“I feel like I’m a Dragon Ball Z character most days,” Fremd said. “I get to go train fighting people.”

“He came out to train for a week to see if he liked the culture and would fit in. And, man, he fits in great. He’s a fun guy to have around.”

Fremd last fought in the semifinal round of the LFA middleweight tournament at LFA 98 in late January. He faced Bruno Oliveira and scored his third consecutive first-round knockout.

“I definitely could have done a little bit better,” Fremd admitted. “I was a little bit hesitant, in a sense. It was my first LFA main event [and] first time getting a little bit of attention, I guess you would say. I think I’m ready for that type of shine [and] that type of attention, and I think if I get out there and show up right when the bell rings, I’m going to have a great night.”

At LFA 102 in mid-March, Brazil’s Gregory Rodrigues won the tournament’s other semifinal bout against Al Matavao with a second-round knockout. This sets the stage for a title clash between Fremd and Rodrigues on Friday night in the headliner of LFA 108.

Rodrigues has only suffered one loss since April 2015, and it came at the hands of the aforementioned Williams. Their fight took place last year on Dana White’s Contender Series.

“He beat Rodrigues when he fought him, but, you know, we have different styles,” explained Fremd. “We’re forward, in-your-face pressure guys, but our styles are a little different. We both pack a punch, and we both are tough, so I guess those are kind of similar.”

“He is, for lack of better terms, really good at jiu-jitsu,” said Fremd. “He’s a black belt and a multiple-time world champion at jiu-jitsu, but that all changes when you get punched in the face. I’m a very good wrestler. I may not have the accolades that a lot of people do, but I train with a lot of high-level wrestlers and high-level jiu-jitsu guys.

“He moved his camp from [Los Angeles] to Florida, and I’m very familiar with Sanford MMA. My best friend from college is actually the gym manager down there, and I have a friend that I started training MMA with down there. I trained down there before it was Sanford — when it was Combat Club and then Hard Knocks. I’m very familiar with the camp. I know what kind of style he’s going to bring, and I’m just excited to get in there and scrap with the dude.”

For the last several years, an LFA title win has been a nearly guaranteed ticket to the UFC. Fremd has plenty of current and former teammates who have already been down that road. Ian Heinisch and Brandon Royval are just two of those guys.

“I’m trying to get to the UFC this year,” Fremd said. “That is my goal. Whether I win the LFA belt and get a short-notice call, or whether I get signed right after, or whether I lose and string off two more wins and get a Contender Series fight, my goal is to get to the UFC. I’m living this lifestyle as a fighter, and I always stay ready. That’s my mission, man. [In] 2021, I will be in the UFC for sure.

“I’m not putting a lot of pressure on the fact that it’s a title fight. It’s just another fight to me. Obviously, at the end, I get a cool, shiny belt, and it does signify that I am a champion of that organization. The past organization champions have had good records and gone to the UFC. It’s going to mean a lot with all of the hard work I’ve put in.”

Well, as with most fighters, there are steps that must be climbed to make it to the top. Fremd’s next step comes in the form of Rodrigues in a fight that airs live on UFC Fight Pass on Friday night.

“The only way that Gregory is going to win this fight is if he knocks me out or chokes me out,” Fremd declared. “Hell, even if he breaks my arm, I’m going to keep coming forward.”