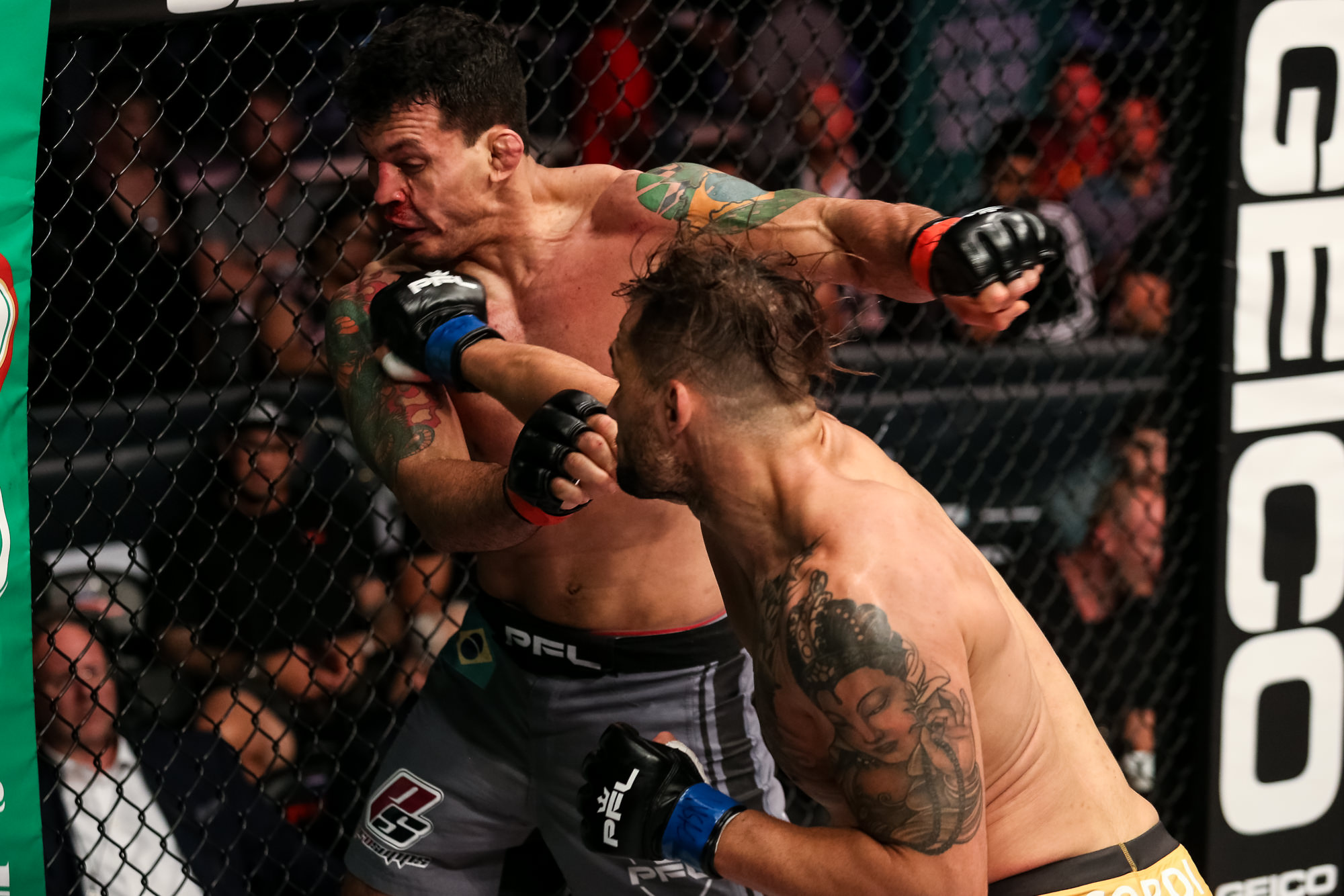 As the season approaches, Combat Press will preview each division. Let’s look at light heavyweight, where Emiliano Sordi seeks to repeat as the champion.

The defending champ is also the favorite to win this season. The Argentinian cut through the competition in 2019 and looked very impressive in doing so. He went 5-0 while scoring finishes over every opponent he faced. He scored knockouts of Jordan Johnson, Sigi Pesaleli, Vinny Magalhães and Bozigit Ataev. He also submitted Ataev on a separate occasion during the season. There is certainly a tough field of fighters again this season, but Sordi still has the edge.

Young is still very underrated. The Bellator veteran has a pretty nice record and good experience, especially under the bright lights. He’s well rounded and athletic, which is why he could have the advantage in many of the match-ups he could potentially see this season. This field includes some aging fighters and serious longshots, which could make for a recipe for a run to the finals by Young. He’ll be undefeated and hungry for that seven-figure payday when the finals come.

The UFC castoff is one of the most experienced fighters in this field when it comes to competing at the highest level against elite talent. That said, most of his recent time has been spent in the world of pro wrestling. He hasn’t fought in an MMA bout since late 2018 and has not won one since July 2015. He did have a long suspension under the UFC banner that prohibited him from fighting for a while. However, given the inactivity and attention to another endeavor, Lawlor is a longshot here.

The previous season winner and the dark horse both make it to the finals. Sordi has been dominant in the PFL, and there’s no reason why that should change in 2021. Sordi has seen much of this field before and has had success against them. Meanwhile, Young is experienced under the bright lights and should be a top contender. It’ll be a good one.