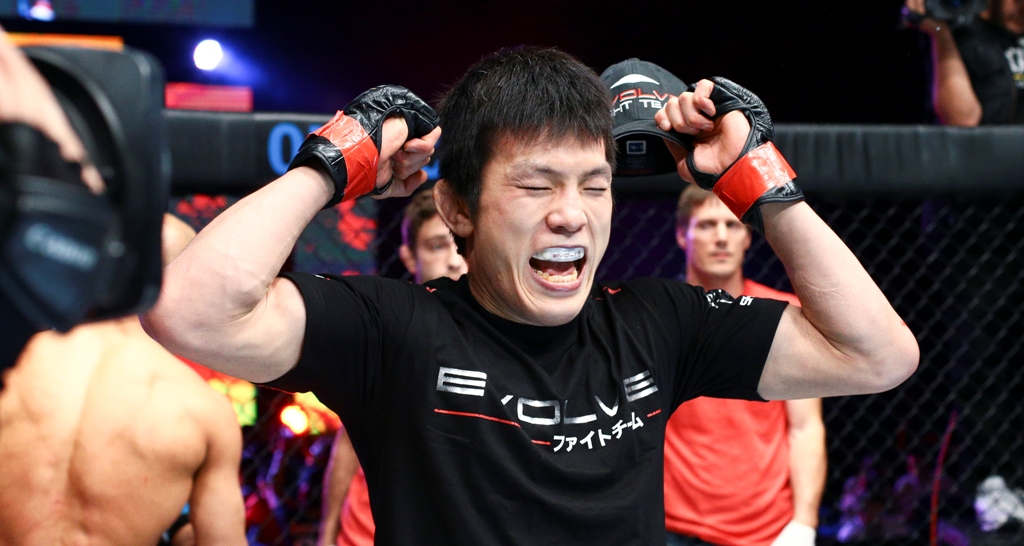 ONE Championship: Unbreakable Preview and Predictions

In M. Night Shyamalan’s 2000 film Unbreakable, Bruce Willis portrays David Dunn, a character who survives a train crash that kills everyone on board. With some prompting from Samuel L. Jackson’s character, Elijah Price, Dunn comes to realize that he is essentially invincible, living up to the movie’s name.

The two combatants at the top of the bill for Friday’s ONE Championship: Unbreakable card might not be gifted with Dunn’s supernatural traits, but they certainly managed to make their opponents look as brittle as Jackson’s “Mr. Glass.”

Alaverdi Ramazanov, the ONE bantamweight kickboxing titleholder, marched through Andrew Miller and Ognjen Topic with first-round finishes as he built an argument for a shot at gold. He achieved his goal when he decisioned Zhang Chenglong in December 2019 to claim the belt.

Capitan Petchyindee Academy made an even more emphatic statement when he starched Petchtanong Banchamek in just six ticks of the clock in September. It was all the Thai fighter needed to punch his ticket to a title shot.

These two men cap off a six-fight lineup for ONE’s 2021 debut.

The event also features a return to action for James Nakashima, who came up short in a title bid in his last appearance inside the promotion’s cage. The former Legacy Fighting Alliance welterweight champion has his plate full on Jan. 22 when he meets former Pride star Shinya Aoki.

ONE Championship: Unbreakable takes place at the Singapore Indoor Stadium. The action kicks off at 7:30 a.m. ET on Friday, Jan. 22. American viewers can find the entire show for free on B/R Live, while international fans can view the show on the ONE app.

Bantamweight kickboxing title challenger Capitan Petchyindee Academy holds the record for the quickest knockout in ONE history. Can he deliver a repeat performance and take the belt away from Alaverdi Ramazanov?

Another knockout in six seconds? Nope. Not happening. However, Capitan could indeed take the crown from Ramazanov.

Capitan is just 27 years old, but he, like most Muay Thai stars out of Thailand, has already eclipsed 150 career outings. The decorated fighter has had an amazing recent run in which he’s scored 13 victories since December 2018. Two of those fights ended with a stoppage, while the rest went the distance. In this stretch, Capitan won and defended the Lumpinee Stadium title and captured a pair of True4U belts. Capitan’s most recent win came in early December against Sangmanee Sor.Cafemuaythai.

Ramazanov started training in Muay Thai at age 13. The 26-year-old Dagestani native has now been competing as a pro for roughly eight years, and he has a 61-5 record to show for it. The “Babyface Killer” has had an up-and-down tenure with ONE, but he closed 2019 with a title win over Zhang Chenglong. Unfortunately, he has yet to defend the belt.

While Ramazanov did suffer setbacks against Saemapetch Fairtex and Kongsak P.K.Saenchaimuaythaigym, he also demonstrated his dominance in finishes of Andrew Miller in just 57 seconds and Ognjen Topic within one round following three knockdowns. Of course, Capitan has shown that he can also post a highlight-reel finish when he’s in his groove. The pair’s finishing abilities set up the potential for a very exciting main event on Friday.

Ramazanov’s size — he’s four inches taller than Capitan — could be the difference in this one. The champ should be able to use that length to stay at range and tag Capitan. It’ll be a war, but Ramazanov will emerge with his title intact.

James Nakashima came up short in a title bid in his last outing. Now, he’s set to meet Japanese MMA legend Shinya Aoki. How will Nakashima fare in this contest?

Nakashima suffered his first pro loss in that championship affair against Kiamrian Abbasov, who was able to score the finish via strikes in the fourth round of the contest. Prior to the setback, the 32-year-old Nakashima had put together a solid run that included a Resurrection Fighting Alliance win over Chance Rencountre, Legacy Fighting Alliance victories over Derrick Krantz and Kyle Stewart, and ONE wins over Luis “Sapo” Santos and Yushin Okami. The MMA Lab representative has been a decision machine throughout his career, and he should find success again this weekend.

It’s hard to believe that Aoki, Nakashima’s opponent, is only 37 years old. The grappler has been competing at the professional level since 2003 and has a storied career. He’s tangled with a long list of stars, including Eddie Alvarez, Fedor Emelianenko (in an exhibition bout), Gilbert Melendez, Tatsuya Kawajiri, Kazushi Sakuraba, Ben Askren and ONE champ Christian Lee. “Tobikan Judan” has 45 wins through more than 50 fights, and 29 of those victories have come by way of submission. He’s still a threat to anyone, and he’s proven as much with a recent 6-1 record in which he tapped five opponents and only lost to the aforementioned Lee.

In his pro campaign, Nakashima has not been a finisher in any form. Even his one stoppage win was the result of an injury suffered by his opponent during a takedown. This means that the LFA veteran will need to outwork Aoki through three rounds while avoiding the lethal ground game of the judo and Brazilian Jiu-Jitsu practitioner. Aoki isn’t known for his stand-up and utilizes what some might consider to be an old-school approach, but he certainly knows how to make it work in the present day, even against skilled competitors like Eduard Folayang, Ev Ting and Honorio Banario. Nakashima cannot take Aoki lightly.

Nakashima is a talented wrestler out of the University of Nebraska, but he might not want to tap into his wrestling arsenal much in this fight. If he opts to close distance and either ties up Aoki or shoots for takedowns, then he’s going to leave himself open to a submission from the Japanese great. Instead, the southpaw will need to stand with Aoki and outpoint the grappler through three rounds of striking exchanges. As long as he’s smart, Nakashima can get the job done.

What other storylines should fans be aware of on this card?

The card received an upgrade to the MMA lineup when Hexigetu withdrew from his scheduled bout with Lito Adiwang. ONE brought in Deep strawweight kingpin Namaiki Kawihara as Hexigetu’s replacement. Kawihara ranks among the best 115-pounders in the world, but ONE’s weigh-in rules mean that he’s essentially competing as a flyweight here. He has an interesting fight for his promotional debut. Adiwang is a Team Lakay banger with an 11-3 mark and some very quick victories on his resume. Kawihara’s success here isn’t guaranteed, but a win would further help to establish him as a legit fighter who didn’t just get lucky in finding a submission over Haruo Ochi in August.

In addition to Kawihara’s ONE debut, MMA fans can also look forward to Meng Bo’s next test on her climb toward a title shot with the organization. Meng, who is perfect through two appearances with the promotion, is set to meet veteran Samara Santos. The Brazilian fighter has a respectable 11-7-1 career mark, but she has lost six of her last seven fights.

Former ONE welterweight champ Zebaztian Kadestam returns for the first time since he dropped the title in 2019. He takes on undefeated upstart Gadjimurad Abdulaev in a fight that will either be a coming-out party for the prospect who was plucked from the ONE Warrior Series, or it will provide a needed boost of confidence to Kadestam as he seeks to build an argument for a rematch with Kiamrian Abbasov.

On the kickboxing front, Rade Opačić also gets a late replacement for an opponent. The Serbian heavyweight was initially scheduled to clash with Patrick Schmid. Instead, he now draws Portugal’s Bruno Susano. This seems like something of a lateral move in competition for Opačić, who scored a finish of Errol Zimmerman in December. Susano is a veteran of more than 100 kickboxing contests and should serve as another solid test for Opačić.