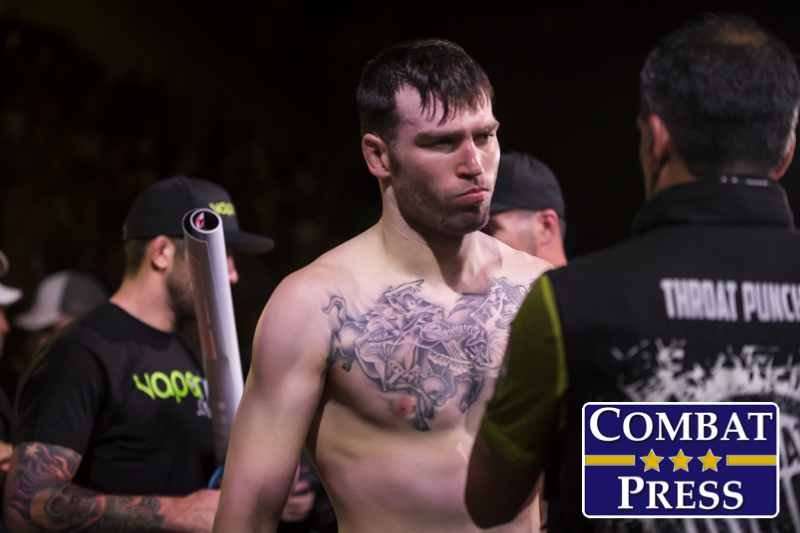 While the prospect of a third consecutive loss might send some fighters into a panic and cause them to put extra pressure on themselves, UFC welterweight Brian Camozzi isn’t sweating it.

Camozzi, whose MMA record now stands at 7-4, dropped his first two UFC fights after joining the promotion in 2016. The Colorado-based fighter was stopped in the second round of his Octagon debut against Randy Brown. In his sophomore UFC outing, Camozzi lasted until the third frame before he was put away by Chad Laprise.

“It obviously sucks. No one wants to lose two fights in a row,” Camozzi told Combat Press. “But I’m just really taking the pressure off for this fight. The worst thing that could have happened to me already happened, so I’m just going to let it go, and whatever happens, happens.”

Before he joined the UFC roster, Camozzi was preparing to hit pads at his gym, Factory X Muay Thai in Colorado, when his brother, then-UFC middleweight Chris Camozzi, let Brian know he received a text from former UFC matchmaker Joe Silva.

“Joe asked Chris how I was doing, and [Chris] asked Joe if they wanted to offer me a fight,” Brian said. “Joe said to wait for a minute, and he texted back 30 minutes later and said the contract offer was coming. It was pretty crazy. This is something that everyone works for, and it’s a pretty awesome feeling.”

Brian made his UFC debut on a Fight Night card in Albany, N.Y., in late 2016. Even though he suffered a TKO loss, it didn’t dampen his enthusiasm for his new surroundings.

“It’s pretty surreal. They’re obviously the biggest and best around for a reason,” Brian said. “The way they run things is super smooth and second-to-none. You don’t have to worry about the same things you do when you compete on a local card, which eventually becomes a disaster. It was a lot like when I fought for [Resurrection Fighting Alliance], but on a much bigger scale.

“I’ve been at UFC cards before with my brother, but it’s a different feeling when you’re the one walking to the cage.”

Now, Brian is slated to face Geoffrey Neal at the UFC’s Fight Night 126 card in Austin, Texas, on Sunday, Feb. 18. Neal is 8-2 overall and has finished his opponent with strikes in his four most recent wins.

“I’m really going to push the pace with him,” Camozzi said. “He’s used to being the bully in fights and he’s powerful striker with a good left hand, so I’m going to have to be the bully.”

Camozzi is also excited for his first trip to Austin, which will help him mark off one destination on his domestic travel wish list.

“I lead a pretty uninteresting life,” he said with a laugh.

It’s a safe bet that Brian will likely have his brother in his corner for this fight as well. Chris Camozzi recently signed a deal with both GLORY Kickboxing, where he won his debut fight late last year, and European MMA promotion Absolute Champion Berkut.

“I’m really happy for him and think it’s pretty cool,” Brian said. “Chris always talked about doing kickboxing and continuing to pursue his dream and change things up a little. I wouldn’t mind trying kickboxing myself. I actually fought in amateur kickboxing before. It’s all entertainment.”