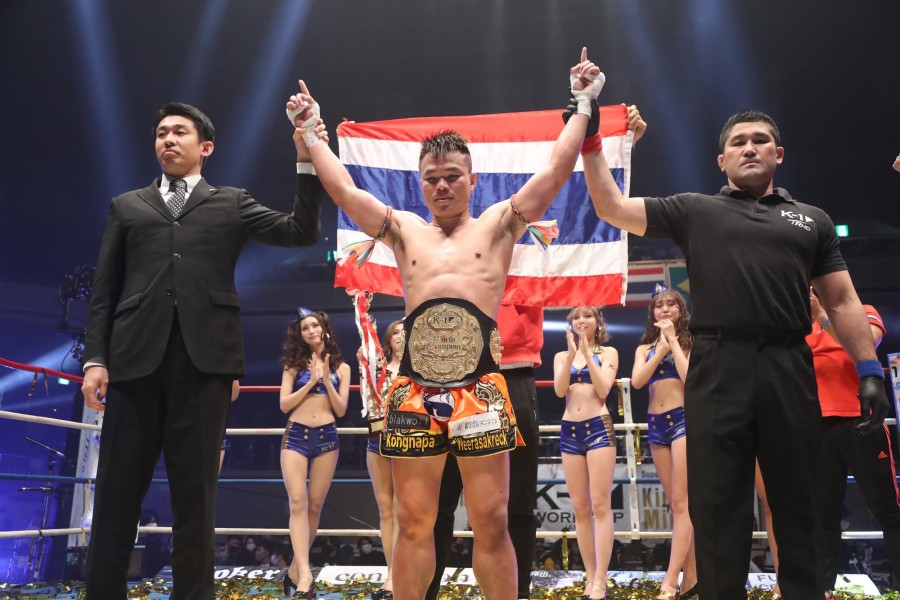 As kickboxing continues to grow on a global scale with promotions like GLORY, K-1, ONE Championship, and more, fighters are constantly jockeying for position in the eyes (and rankings) of the media.

Every month, Combat Press will rank each weight class from heavyweight to flyweight, as well as the pound-for-pound rankings for both men and women.

ONE Championship light-heavyweight champion Roman Kryklia made the first defense of his title against short-notice replacement and former SUPERKOMBAT champ Andrei Stoica at ONE Championship: Collision Course to earn his 10th straight victory. Kryklia was originally scheduled to face World Fighting League heavyweight titleholder and grand prix winner Murat Aygün prior to his bout being rescheduled because his coach tested positive for COVID. Two-time GLORY title challenger Benjamin Adegbuyi scored a third-round technical knockout against two-time K-1 World Grand Prix runner-up Badr Hari, who is only outside of the rankings because of his failed drug test in 2018. The thrilling back-and-forth at GLORY 76 cements Adegbuyi’s position in the rankings. It was his second-straight victory and gives him wins in seven of his past eight fights. Undefeated prospect Levi Rigters makes his debut in the top 10 following a pair of knockout victories in one night during the four-man heavyweight tournament at GLORY 76. Rigters knocked out Suriname’s Marciano Bhagwandass in the semifinals and France’s Nordine Mahieddine in the finals following the Frenchman’s battle with former K-1 heavyweight champ Antonio Plazibat. Mahieddine’s win during the semifinals wasn’t enough to place him inside the top 10. The aforementioned Aygün returns to the rankings following his unanimous-decision victory over Anderson “Braddock” Silva at ONE Championship: Big Bang. FFC heavyweight champion Mladen Brestovac and former SUPERKOMBAT titleholder Ismael londt depart the rankings due to inactivity.

GLORY welterweight champion Cédric Doumbé took on short-notice replacement and former Bellator Kickboxing titleholder Karim Ghajji in the feature bout of GLORY 76. The top-ranked welterweight extended his winning streak to six fights when he halted the Frenchman’s four-fight winning streak in the third round of their championship bout. Doumbé remains firmly cemented in the top spot at welterweight. His next fight is already scheduled for next month against former two-time GLORY champ Murthel Groenhart. Former GLORY welterweight titleholder Nieky Holzken returned to the win column when he stopped Australian Muay Thai specialist Elliot Compton in the first round with a brutal left hook to the body at ONE Championship: Big Bang II. Despite all of this action, the welterweight rankings remain unchanged.

Former GLORY, K-1, and Kunlun Fight champion Marat Grigorian had a dramatic ONE Championship debut. His unheralded Russian opponent Ivan Kondratev dropped the top-ranked lightweight in the first round at ONE Championship: Big Bang. Grigorian turned the bout around in the second frame when he scored a knockdown of his own that eventually led to his fifth consecutive victory. Seventh-ranked lightweight and ONE featherweight grand prix runner-up Samy Sana lost to surging Russian Jamal Yusupov at ONE Championship: Collision Course II. However, the bout will not affect his standing in the rankings since it took place under Muay Thai rules.

Wu Lin Feng King’s Super Cup winner Wei Rui capped off his impressive year with a brutal head-kick knockout of Em Legend champion Thodkhui MR.Manas at the WLF 2020: Women’s 52kg Championship Tournament show. Rui moves up two spots to third in the rankings following an impressive 2020 campaign in which he earned seven victories, all in his new weight class.

Dropped from the rankings: Wang Wenfeng (9)

2020 WLF 60-kilogram championship tournament winner Zhang Lanpei continued his winning streak with a decision victory over Yang Ming at WLF 2020: Women’s 52kg Championship Tournament. Fifth-ranked Kouzi was involved in a strange, yet fun modified-boxing-rules bout against the much larger former Pride FC lightweight champ Takanori Gomi. The bout does not affect Kouzi’s place in the rankings.

Eighth-ranked Gunji Taito earned a second-round knockout victory over Yusho Kamemoto at K-1 World GP 2020 Winter’s Crucial Bout. Taito will remain in the flyweight rankings until he fights in the 57.5-kilogran division once again.

Tenshin Nasukawa, Marat Grigorian and Cédric Doumbé all competed in the month of December. However, the pound-for-pound rankings remain unchanged.