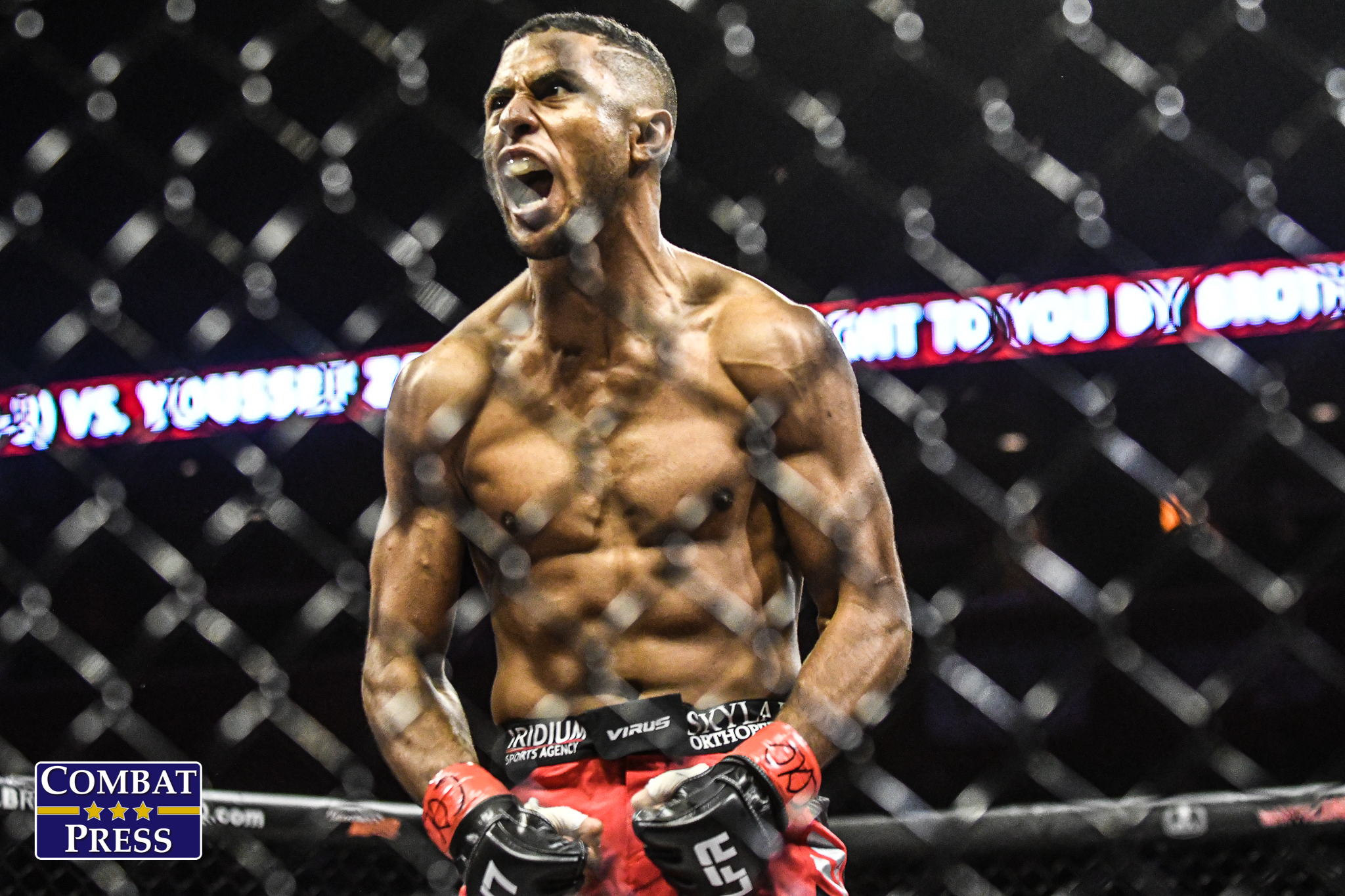 Opportunity has a very short window. For this reason, it is important to always be ready. Don’t miss your chance.

When Youssef Zalal was growing up in Morocco, his mom encouraged him to start kickboxing as a way to stay out of trouble. He was a talented athlete, and after he joined his dad in moving to Colorado at age 13, he eventually transitioned into mixed martial arts. Meanwhile, his dad felt that his son would be better off in life following the career path of software engineering.

Zalal had many opportunities open up in Colorado, but he knew he could be anything he wanted to be in life and decided to focus on his fighting career. In his first 16 months as a pro, he went on an impressive 6-0 run, finishing everyone who got in his way. He was quickly approaching the big show, but then he dropped a couple of close decisions in the Legacy Fighting Alliance. His prospects to join the UFC were seemingly drifting away. After the LFA’s AXS TV partnership ended in September, his next fight was put on hold.

Once the LFA entered into its new partnership with UFC Fight Pass, Zalal was back on the docket to fight Jaime Hernandez in November. After going the distance twice, he knew he needed to deliver a dazzling performance. He got right back to his winning ways when he dropped Hernandez with a flying knee before the midpoint of round one. This was not a bad way to finish out 2019, and 2020 was shaping up to be his year to break into the next echelon of combat sports.

“I have a board in my bedroom that me and my wife put together,” Zalal told Combat Press. “It literally says [to] have at least three fights this year and have my UFC debut in 2020, or be in the Contender Series. That’s my yearly goals.”

Zalal had been fighting for the LFA for six of his nine pro fights. He had been a featherweight for the majority of his career, but after back-to-back losses at 145 pounds, he decided to drop down to bantamweight. The first step toward that move was his fight against Hernandez, which took place at a catchweight of 140. He was hoping to have his next LFA fight at 135 pounds.

“I was planning on fighting early March for LFA,” Zalal said. “I was on a diet for four to five weeks now, and I was in a full training camp. Then, the opportunity came up and it was not [with] LFA.”

Last Wednesday night, before he headed off to practice, Zalal got a call from his manager, Jason House. He was being offered a short-notice fight at UFC 247 against Austin Lingo, another hot prospect from the LFA.

“I was very speechless,” Zalal admitted “My wife got the phone, and I was just speechless for a little bit. I’m grateful and blessed to have this opportunity.”

Zalal expected to go into 2020, win a couple fights in the first half of the year, and get a chance to make his UFC debut by year-end. Instead, he makes his promotional debut only six weeks into the year. There’s just one catch: the fight with Lingo will be contested in the featherweight division.

“If I ever went back to 145, I was going to fight him,” Zalal explained. “I was going down to 135, and my coaches and management wanted me to try 135. That’s why my last fight was at 140. We were planning on fighting him in the future, if I went back to 145. We happen to be fighting in the biggest show, so I can’t complain about that.”

Zalal knows plenty about Lingo, because he fought one of Zalal’s training partners in May 2018. That was Lingo’s fourth pro fight. The Dallas-based fighter is now 7-0 as a pro, but he does have a slight height and reach disadvantage to his Moroccan opponent.

“I cornered against him when he fought my teammate Phil Gonzalez,” Zalal said. “I know he’s a tough guy. He’s very heavy-handed and dropping people left and right. I know it’s going to be an exciting fight. You know, the UFC signed us up for a reason. Two new up-and-comers, and you know they are looking for fireworks. I’m pretty excited about that. I love fighting guys like him.”

After dropping two tough decisions in a row, Zalal decided to shift his training focus from what others are going to do to what he’s going to do. This has become a common mentality in the fight game. So many fighters used to think obsessively studying their opponent was a recipe for victory, but it usually ended up with them spending too much time inside their own head.

“I stopped focusing on a game plan, and this and that,” said the Factory X prospect. “We’re just staying ready to fight anybody. We’re just ready to train and go in there and do the best thing we can.”

Zalal and Lingo are a match made in heaven for fans. In 16 combined fights, they have 12 total wins by some form of stoppage, which means this is shaping up to be a potential “Fight of the Night” candidate. That’s a rare possibility for the opening fight on a huge card.

“I know what the guy’s going to do,” Zalal said. “He’s going to try to knock me out. So, he’s a very straightforward fighter. There’s not a whole lot to think about [when] taking a fight on a week’s notice. It’s not really that different for me. I’m going to go out there and do me and have fun from there. When I do that, there ain’t nobody stopping me.”

Nobody has stopped him thus far. Zalal has no plans to be stopped on Saturday night either. He’s part of a stacked UFC 247 card that features two title fights. In the co-main event, flyweight champ Valentina Shevchenko will attempt to defend her crown against Katlyn Chookagian. The main event will showcase knockout artist and fellow LFA veteran Dominick Reyes, as he attempts to hand Jon Jones his first true loss in a battle for the light-heavyweight strap. Zalal is in line to make big waves in front of a lot of eyes, and the Moroccan fans will certainly be rooting for their guy with his native country’s flag in tow. He always wants to show people that anything is possible.

“Make the best of your opportunities,” Zalal said. “That’s what I want people to think of me. When people see me fight, and in person, I’m a big opportunity guy. That’s why I fight.”

Youssef would like to thank his coaches and teammates at Factory X Muay Thai and Landow Performance, as well as his wife Kat, his nutritionist Tyler Minton, his massage therapist Kelsey Clemens, his management team at Iridium Sports Agency, and all of his family, friends, fans and sponsors, including Ted Brown at Lockton. Follow Zalal on Twitter: @moroccandevil35
Advertisement