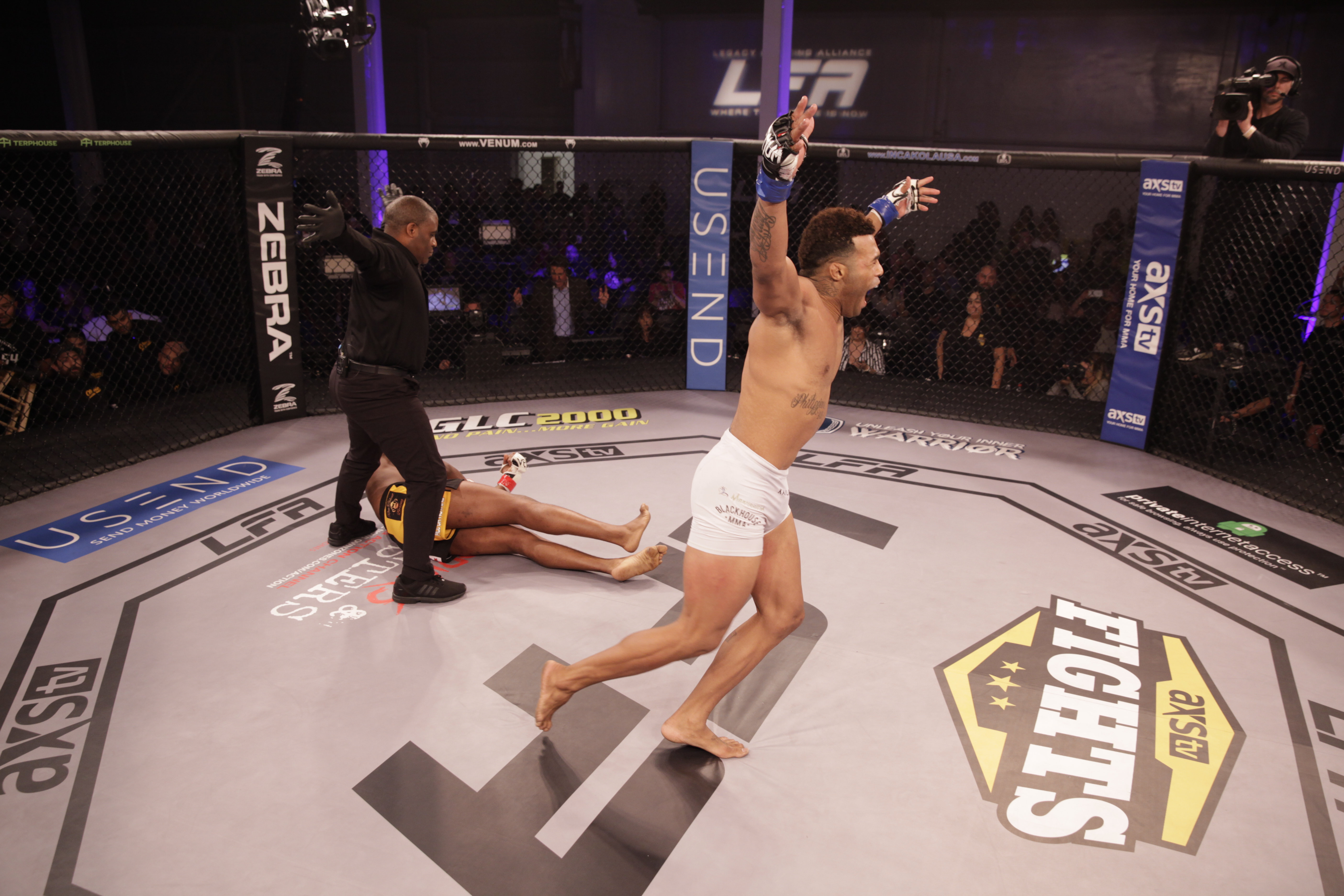 Kailan Hill is a blue-chipper who has been very impressive. The Black House representative is an explosive athlete with outstanding striking who can score the knockout at any time. He uses flashy techniques such as a head kicks and spinning attacks. Three of his five wins have come via knockout, with all three finishes checking in at under 91 seconds. Obviously, he gets off to aggressive, violent starts. This style tends to catch UFC President Dana White’s eye.

If you want to see an aggressive dog fight where caution is thrown to the wind, keep an eye on the lightweight scrap between Peter Barrett and Sang Hoon Yoo. Will this be a fight with great MMA technique and strategy that’s worthy of a top MMA promotion? Probably not. However, it will be violent and entertaining. That’s all that really matters here. Don’t take your eyes off these wild men, both of whom are capable of scoring a huge knockout.

The Longshot: Brown and Lockard

Usually, just one fighter takes the tag of the longshot, but the featherweight match-up between Dylan Lockard and TJ Brown features a pair of fighters who are longshots to make it onto the UFC roster. Both men have records that leave a lot to be desired. Lockard, who runs with the reputable Team Sityodtong, has yet to really impress against low-level regional competition. He lost last year to Shane Manley, who was just 3-3 at the time. Brown’s 13-6 record is far from outstanding, either. Three of his losses came against good fighters, while the other three came to low-level guys. Brown is a finisher, though, which could be a saving grace. Neither man has much of a chance of scoring a contract or finding success in the big leagues.

At just 25 years old, Duško Todorović is a young gun in this sport. The Serbian is already 8-0, and he’s yet to hit his peak. Todorović is an aggressive finisher with great power and a solid ground game. He even owns a win over Contender Series fighter Alexander Poppeck. Todorović gets off to quick starts and keeps the pressure up all fight. He does have a very tough opponent in Teddy Ash, his biggest test to date by far. Win, lose or draw, Todorović is flying under the radar here when he’s actually a top fighter on this card.

Signing Predictions: All winners, except Brown or Lockard

It’s the final episode of the season, so Dana is likely going to be generous with the contracts.

Per usual, any heavyweight that wins this season has a very high chance of signing. So, the victor of the contest between Ben Sosoli and Dustin Joynson should be a shoo-in, barring a snooze fest.

Kailan Hill, plus the winner of the showdown between Teddy Ash and Duško Todorović, will join the middleweight ranks. Hill should score a huge knockout, while Ash and Todorović are likely to engage in a barnburner with a likely finish.

The clash between Peter Barrett and Sang Hoon Yoo will be such a wild brawl that Dana will not be able to resist inking the winner of the fight.