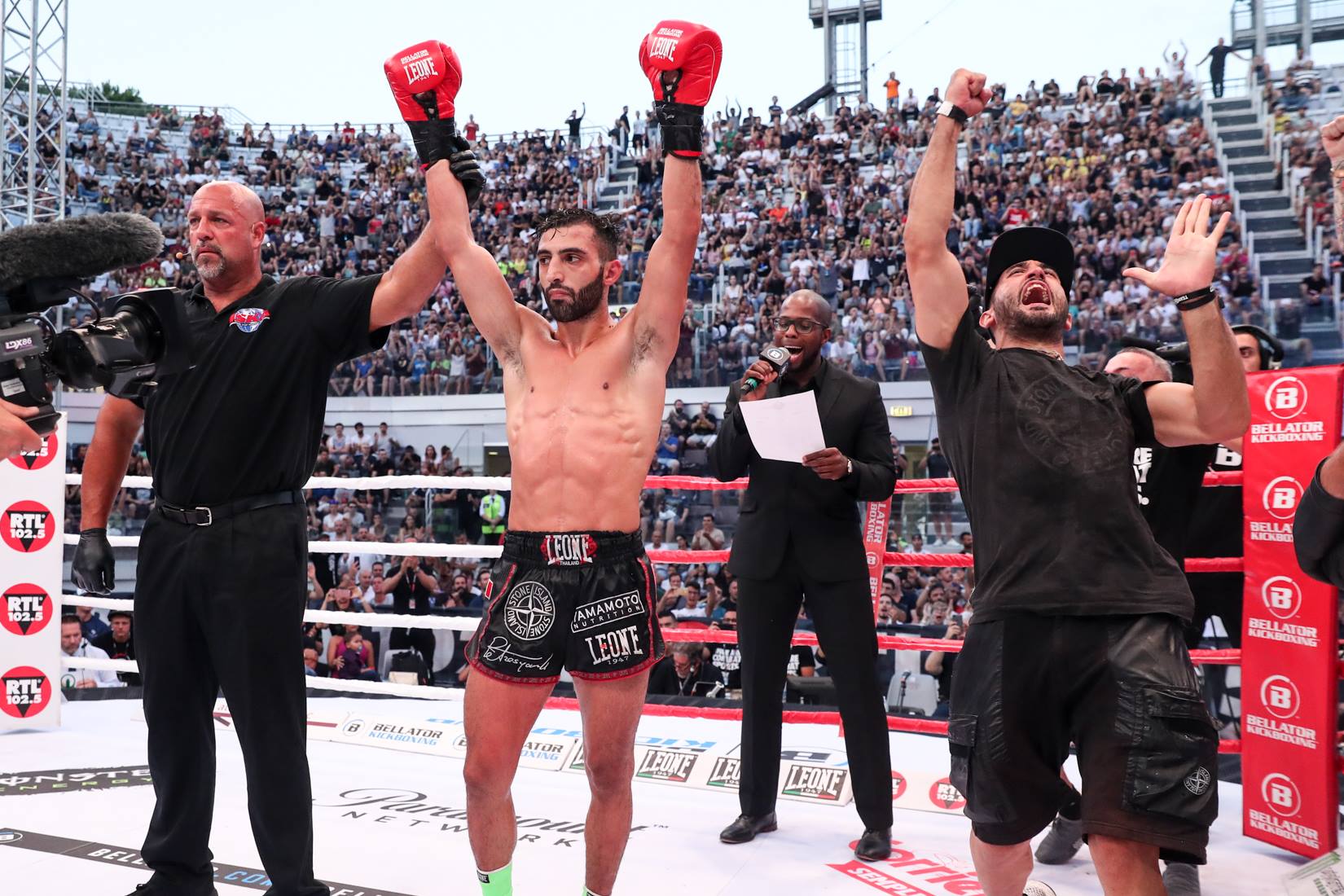 It was a relatively quiet month for the light heavyweight divison. GLORY fighter Ariel Machado returned to the first time since dropping his title challenge against top-ranked light heavyweight and GLORY world champion Artem Vakhitov. The Brazilian picked up a hard-fought decision victory over Haime Morais at WGP Kickboxing 47 in Curitiba, Brazil. The other fighter in action during the month of July was Sergej Maslobojev. The Lithuanian continued his winning ways with his second victory under the ONE Championship banner. Maslobojev bested experienced French kickboxer Florent Kaouachi by decision to retain his spot in the rankings.

Two of the division’s best collided in their third meeting when GLORY middleweight titleholder Alex “Poatan” Pereira defended his belt against Yousri Belgaroui for the second time at GLORY 55 in New York. The Brazilian champion cemented his place at the top of the division with a destructive counter right hook that sent the challenger crashing to the mat in what is surely a top contender for “Knockout of the Year.” Despite the decisive loss, Belgaroui remains at No. 3.

The only ranked fighter to compete in the month of July was former GLORY welterweight champ Cédric Doumbé, who dispatched of Argentina’s Alan Scheinson in the second round at GLORY 55. Doumbé has scored impressive back-to-back knockout victories. However, the charismatic Frenchman remains in the No. 5 slot because of the logjam of talent atop of the division.

Some of the top fighters in the lightweight division were in action during a busy month of July. The biggest movement came in one of the most highly anticipated match-ups of the year between skilled southpaw Giorgio Petrosyan and K-1 super welterweight champion Chingiz Allazov at Bellator Kickboxing 10 in Italy. Petrosyan was able to shine against one of the best lightweights in the world and move into second place in the the rankings. Allazov’s loss allowed the legendary Yodsanklai Fairtex to move into the top five with his 29th consecutive victory. He topped the rugged and durable Chinese fighter Yuan Bing following an extra round at EM Legend 32. Superbon Banchamek held onto fourth place with a second-round knockout over Fabian Hundt at All Star Fight 5 in a fight where he dropped his opponent four times. Popular Thai fighter Buakaw Banchamek remained in a tie for 10th with a decision victory against Michael Krcmar under Muay Thai rules at All Star Fight 5, which was held in Krcmar’s home country of the Czech Republic.

The world’s top-ranked featherweight, Qiu Jianliang, extended his reign of dominance with a dominant performance against 2017 Glory of Heroes 67-kilogram tournament champion Issam Chadid at Glory of Heroes 33. The popular Chinese fighter dropped Chadid and put on a striking showcase in an exciting three-round affair. No. 5-ranked Petchpanomrung Kiatmookao earned gold when he captured the interim GLORY featherweight title with a five-round decision victory over former two-time title challenger Kevin VanNostrand. Second-ranked featherweight Robin van Roosmalen currently holds the GLORY 65-kilogram belt, and Petchpanomrung is expected to challenge for the title when the Dutch kickboxer returns from an injury which has kept him sidelined in recent months.

There was only one bantamweight in the top 10 to make the walk to the ring in July. Third-ranked Wei Rui not only picked up a victory during the month, but he scored two incredible, highlight-reel knockouts. First, the former K-1 lightweight champion defended his Glory of Heroes 63-kilogram title against GoH tournament winner Deng Zeqi with a knee in the second round. Then, he landed a “Knockout of the Year” contender against Austria’s Saša Jovanović at Glory of Heroes 33. Despite winning 35 of his past 36 fights, the top-flight Chinese fighter remains in third place due to Koya Urabe’s recent knockout victory over him.

There is plenty of movement in the pound-for-pound rankings as a result of the action in July. The biggest mover is kickboxing legend Giorgio Petrosyan, who jumps three spots to second with a victory over top-five opponent Chingiz Allazov. Petrosyan’s rise leads to Marat Grigorian, Artur Kyshenko and Robin van Roosmalen each dropping one spot in the rankings. The other two fighters in action were Qiu Jianliang and Superbon Banchamek, who both picked up dominant victories in their respective contests.

Former GLORY and Lion Fight champion Tiffany van Soest welcomed high-level Muay Thai champ Sofia Olofsson to the GLORY ring for the first time in her bid to make a return to title contention. After a hard-fought fight, Olofsson nearly became the first fighter to hand van Soest back-to-back losses in her career. However, van Soest was able to return to the win column with a split decision over the Swedish fighter.