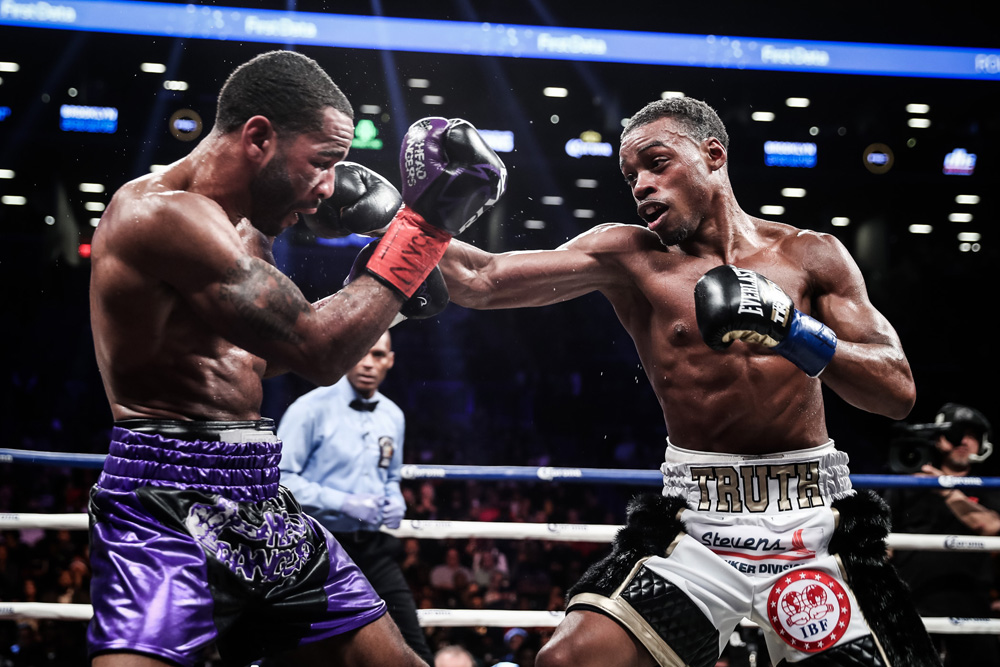 If Stipe Miocic isn’t the best heavyweight in UFC history, then who is? The champ has demonstrated unparalleled consistency for a UFC heavyweight titleholder. He hasn’t let injury or other external factors get in the way of his ability to defend the belt, and he’s fought and defeated a very credible set of challengers. Miocic was able to pull back the curtain on Francis Ngannou at UFC 220. Instead of a fearsome knockout artist, Ngannou was reduced to an average striker who couldn’t handle Miocic’s wrestling and ground game before tiring en route to a decision loss. Miocic is in the record books now, and the list of heavyweight challengers is thinning.

Ngannou didn’t look great against Miocic, but this could be a big learning experience for the big man. So far, Ngannou has relied on his devastating power to overcome his opponents, but those opponents have lacked a well-rounded arsenal. Let’s not diminish his accomplishments — Ngannou has defeated prospects like Luis Henrique, Curtis Blaydes and Bojan Mihajlović as well as veterans like Anthony Hamilton, Andrei Arlovski and Alistair Overeem — but not a single one of those fighters has the confidence in striking and the wrestling and ground-control abilities of Miocic. Ngannou should remain a fixture near the top of the UFC’s heavyweight division, but he’ll need to add to his tool box if he wants to get the gold and hold onto it.

Daniel Cormier made pretty easy work of Volkan Oezdemir at UFC 220. Is there really anybody besides Jon Jones that can keep up with Cormier in a light heavyweight title fight? The answer is seemingly a great big no. With Jones suspended and Anthony “Rumble” Johnson retired, the list of light heavyweight contender right now makes the heavyweight division seem like a stacked weight class. Furthermore, who doesn’t think Cormier can ragdoll the hell out of Glover Teixeira, Jimi Manuwa and Ovince Saint Preux?

Chael Sonnen. Quinton “Rampage” Jackson. Really? Bellator 192’s “headliner” left a lot to be desired. The heavyweight division is a shallow one, but surely Bellator head Scott Coker could have found some more actual heavyweights to compete in his heavyweight tournament. Sonnen won, but was anybody taking this fight seriously?

Rory MacDonald had very little trouble in ripping the Bellator welterweight title from around the waist of Douglas Lima at Bellator 192 — save for a gruesome shin injury. Who does MacDonald have left to fight in the organization, though? Lima again? Lorenz Larkin? Andrey Koreshkov? Paul Daley? MacDonald may have left the UFC for a better deal, but that deal lacks the type of competition MacDonald would have faced had he remained inside the Octagon.

How about that Aaron Pico kid? After Zach Freeman spoiled Pico’s pro debut, the uber-prospect has regrouped, shifted to featherweight, and absolutely destroyed his last two opponents, including Shane Kruchten at Bellator 192. Coker has to be breathing a sigh of relief on this one.

Dustin Ortiz and Thomas Almeida are two sides of the same coin of frustration. Ortiz, a flyweight, keeps spoiling the rise of prospects and contender while himself failing to ever get above the gatekeeper level. In addition to his UFC 220 victory over Alexandre Pantoja, Ortiz also holds notable wins over Jose Maria Tome, Ray Borg, Justin Scoggins, Zach Makovsky and Hector Sandoval. He just can’t beat the Brandon Morenos and John Moragas, not to mention the elite, of the UFC flyweight division. Almeida, on the other hand, can’t seem to get over the hump. The Brazilian has always been an intriguing prospect since his arrival in the UFC, but his initial winning streak was ended by Cody Garbrandt and now he’s lost back-to-back fights, including his UFC 220 appearance against Rob Font.

“The Panda” is certainly living up to her potential. Jingnan Xiong, a longtime member of the Kunlun Fight roster, put away Tiffany Teo in the fourth round of their ONE Championship: Kings of Courage strawweight title showdown. The Chinese fighter passed her toughest test yet, but she still needs another step up in competition before she can be considered among the world’s best at 125 pounds (remember, ONE’s weight divisions are a little off).

The man known as “The Truth,” Errol Spence Jr., put on a performance so dominant that we may very well see him join Terence Crawford and Vasyl Lomachenko in the pound-for-pound discussion sooner rather than later. Spence battered challenger Lamont Peterson through seven rounds, forcing Peterson’s coach Barry Hunter to end the fight after the seventh. The win improved Spence’s record to 23-0.

Spence, the IBF world welterweight titlist, afterwards made it known that he’s gunning for Keith Thurman. Thurman, the WBC world welterweight champion, will most likely compete in a “tune-up” fight before even entertaining the possibility of a unification bout.Thurman has not competed since March 2017, when he successfully defended his title in a split-decision victory over Danny Garcia. Hopefully, the fight can happen sometime in 2018. It would be a true mega-fight and would continue the hot streak the sport of boxing has been in. Yeah, boxing is definitely not dead.

Elsewhere on the Showtime card, Robert Easter defended his IBF world lightweight title in a controversial split-decision victory over Javier Fortuna. Fortuna was deducted a point in the early rounds for punching to the back of the head. The point deduction ended up being the deciding factor between a win and a loss for the challenger. The win improved Easter’s record to 21-0, but it left many people expecting and wanting plenty more from the champ. He once again struggled to utilize his reach advantage, and he too often was throwing one punch at a time instead of stringing together combinations.