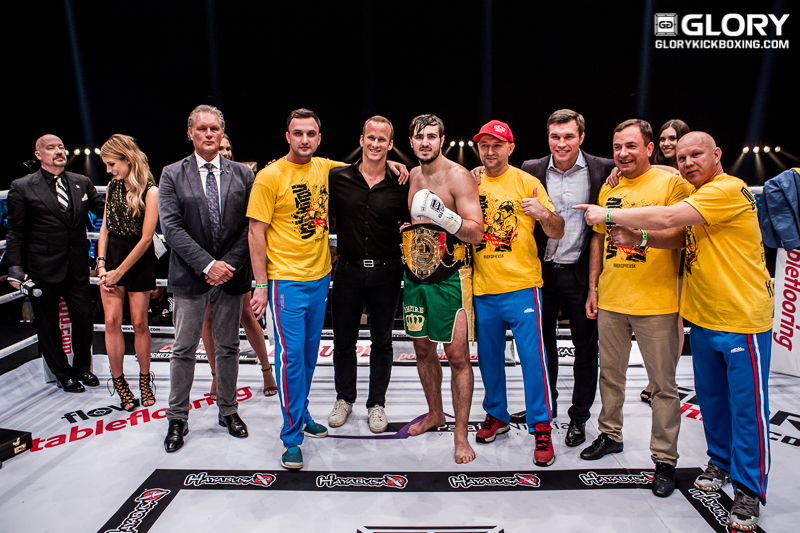 The promotion’s fifth trip to France featured Artem Vakhitov’s third defense of his GLORY light heavyweight title against contender tournament winner Ariel Machado. Vakhitov made the return to the ring for the first time since defending his belt against former champ Saulo Cavalari at GLORY 38.

Former GLORY welterweight champion Cédric Doumbé returned to his native France against one of the country’s other top stars, Yohan Lidon. Doumbé fell short against Murthel Groenhart in his failed title defense at GLORY 44 in August.

In the night’s featherweight contender tournament, current Rajadamnern stadium champ Fabio Pinca looked to earn a title shot against reigning GLORY champion Robin van Roosmalen. However, standing in his way was well-traveled Muay Thai veteran Anvar Boynazarov. On the other side of the four-man bracket, top-15 featherweight Abdellah Ezbiri welcomed Azize Hlali to the GLORY ring.