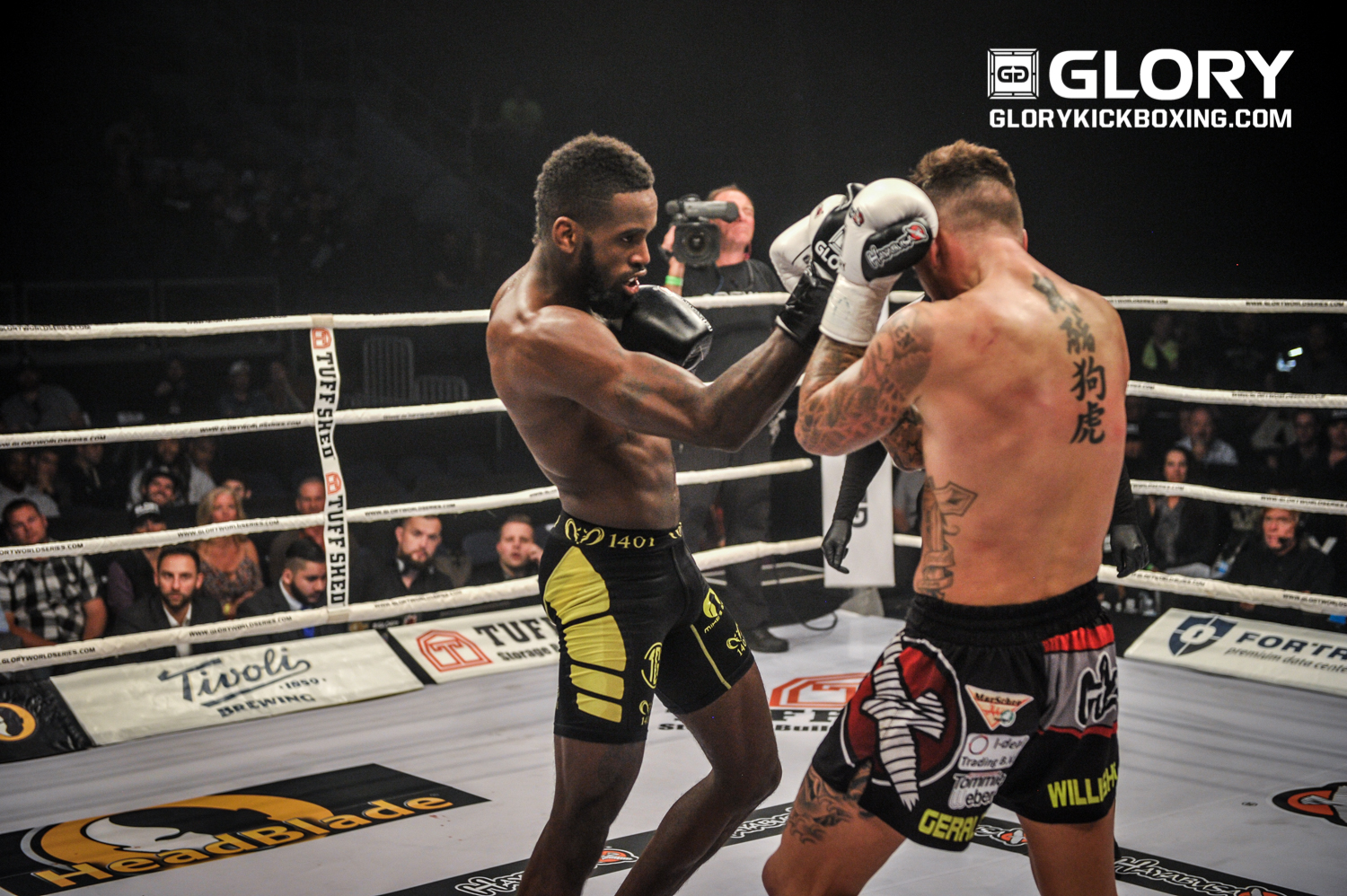 In the evening’s headliner, GLORY welterweight champion Cédric Doumbé put his title on the line against familiar foe Murthel Groenhart. Doumbé kicked off his current 12-fight winning streak with a decision victory over Groenhart in his home country at GLORY 28: Paris. The champion made his debut in the United States against the surging Groenhart, who had won six of his past seven fights.

In the SuperFight Series headliner, Tiffany van Soest made the first defense of her GLORY super bantamweight title against last-minute replacement Meryem Uslu.