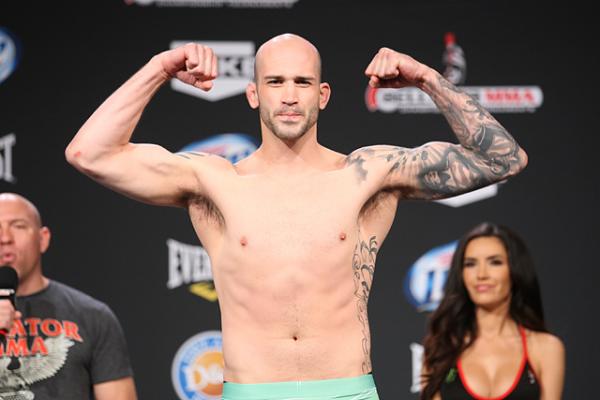 On average, a fighter’s combat sports career rarely lasts a decade. The tenacity and durability needed to compete that long is almost unfathomable.

After 12 years in competition, and well over 150 fights, Victor Moreno is still holding strong and has remained one of the more formidable middleweights in the Midwest.

Introduced to boxing at a young age, Moreno’s father helped develop his passion for combat sports. Their shared love for boxing led Moreno to mixed martial arts in 2003 where he embarked on his lengthy MMA journey.

“My dad always had boxing on his brain,” said Moreno. “He liked to talk about it, watch it, anything that had to do with it, really. We would always watch fights together and he would always point out different techniques from all the greats and just really make sure I was paying attention to it.

“I guess you can say this is all his fault.”

With so many fights since his debut, experience always favors the Iowa native. In his career, Moreno has shared the cage with the likes of UFC’s Zak Cummings and Chris Camozzi, as well as fellow MMA veterans Anthony Smith, Ryan Jensen and Jeremy Horn. Moreno is undoubtedly “battle-tested.”

“I have a ton of hand-to-hand combat experience,” Moreno explained. “Fighting is no big deal to me. Inside of the cage is where I feel the safest.”

Training out of RoundKick Gym in Des Moines, Moreno feels his camp is second-to-none and that he is always prepared no matter what the situation.

“I work out with the best fighters in Iowa: Josh Neer, Elvis Mutapcic, Rakim Cleveland, Jordan Young, Miguel Rios, plus many more,” he explained. “These are the guys that have been a huge part of my recent success. Without them grinding and pushing me every day, twice a day, I wouldn’t be able to do any of this.”

On June 6, Moreno takes on UFC veteran, Brian Houston. The fight will take place in Houston’s backyard and while that may be daunting for some fighters, Moreno invites the challenge.

“He is not going to show me anything new,” declared Moreno. “I am strong at all aspects of this sport. I am not relying on just one thing to win fights. I can do it all and if I see an opening, I’ll take it, wherever it is.”

Moreno’s confidence is a byproduct of besting his biggest opponent to date – himself.

“When I first started MMA, I never went to training or lifted or did anything to help myself get better,” admitted the veteran. “I would just show up and try to remember all the shit my dad made me watch. I did well but was never fully invested into MMA.

“Now, I’m obsessed with martial arts and trying to get better every day. I know what I can do and I’m going to show it.”

After so much time in the cage, it might be hard to picture Moreno still learning. But as the sport evolves, so does the Iowa fighter.

“MMA is getting bigger and better daily,” Moreno explained. “Five years from now… who knows, I might be done competing or I might be the best I’ve ever been.

“As long as I keep working hard and get better every day, I’ll keep swinging.”

While the future may be uncertain, Moreno doesn’t plan on leaving the sport anytime soon. If he has his way, don’t be surprised if he’s still competing for another 12 years and 150 more fights.