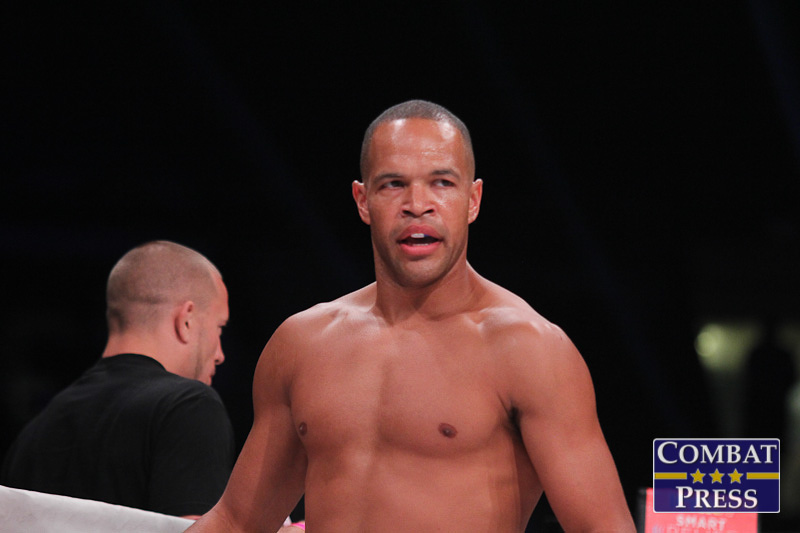 A martial-arts education is a journey. It never ends. Regardless of experience and talent, even the best fighters in the world always have room for improvement.

Raymond Daniels is a true expert in sport karate and taekwondo. At 37 years old, he holds two sixth-degree black belts, one fifth-degree black belt, and dozens of kickboxing and sport karate world championships. He has his own gym, World Champion Karate, and he is also developing his own fighting modality, Evolution Fighting Systems. As one of the most accomplished strikers in the world, what else could Daniels have left to learn?

Daniels competes as a professional kickboxer. He is currently 11-3 with nine knockouts. He is on a four-fight winning streak in Bellator Kickboxing, where he is in line for a title shot. In September 2016, for the first time in five years, a rare decision snuck onto his record. It caused him to take a step back and re-evaluate.

“In my last four fights, I’ve had different experiences and different things that I want to work on,” Daniels told Combat Press. “Not my last fight, but the fight before, I fought a fight that went to decision, and I hadn’t had a fight go to decision in a while. I’ve had a couple losses, but none of my fights really go to decision. I have a high, 70 to 80 percent, knockout ratio. I knocked out my first two [Bellator opponents] and then I went to Budapest, another country and all that stuff, and I was trying to knock this guy out, and I realized that’s a problem.

“Trying to knock someone out actually takes a whole lot of energy. I realized that I shouldn’t always go in looking for a knockout and I should just let it happen. As long as I let the knockout happen, it’ll come to me easier than if I force it. The last fight, I ended up getting it, but I was nice and relaxed.”

Despite a ton of experience under his belt, Daniels, who is in his late 30s, still had something to learn after all. He knows that will always be the case. After knocking out Csaba Gyorfi in April, he solidified the top-contender spot in Bellator Kickboxing’s welterweight division.

“It’s been an amazing experience working with Bellator,” Daniels said. “It’s been really good. It’s such a difference working with a professional company that really looks out for its fighters and has its fighters’ best interests in mind and stuff like that. I’ve been pretty stoked with every experience that I’ve had with them. I’m looking forward to a long and bright future with them.”

Well, the future is bright indeed. Daniels is in a position to make it even brighter on Saturday night at Bellator Kickboxing 7. He faces welterweight champ Karim Ghajji. After fighting twice in Budapest, Hungary, he is ecstatic that tomorrow’s event takes place on his home turf at the SAP Center in San Jose, Calif.

“Oh man, it is so great,” Daniels said. “I don’t think people truly understand that when you fight in another country, or somewhere else, how different it is — the time zones, the different foods. You’re fighting, so you’re cutting weight. There’s different water and everything. There are a whole lot of different things, but people only see the fight itself, but they don’t see what the person had to actually go through.

Ghajji, a Moroccan-French kickboxer, has been fighting as long as Daniels has. He holds several world titles. He won the Bellator strap for the second time in April. Daniels will be his first title defense on this second run.

“Karim is a great fighter,” Daniels admitted. “He has over 100 fights under his belt. I’m excited to be able to fight this guy, because, in order for me to accomplish my goals, I have to fight fighters that are as seasoned and as world-class as he is. He comes from a traditional Dutch style. I think he has karate in his background. He’s got a good style. He likes to push forward, he throws low leg kicks, and he likes to come on later in the round. He tries to absorb his opponent’s storm and then apply pressure after he absorbs it. I’m looking forward to fighting him.”

Daniels is in a position to make a big stride in his Bellator Kickboxing career. The fact that it is on his home turf is just icing on the cake. Speaking of cake, Daniels is in top shape for this one, and, while his training is always on point, he enlisted the help of his girlfriend, who comes from a famous fighting family, to help his diet stay on track.

“Colbey Northcutt is amazing,” said Daniels. “It’s great having somebody that understands your vision, your dream. She’s been helping me out with my camp tremendously, especially my food and my dieting. One of the reasons I’m in such great shape physically is the simple fact that she’s been there, supporting me, making sure I’m not cheating on my diet, which a lot of fighters try to do.”

Lean, mean and ready to scrap, Daniels has been looking to win the Bellator welterweight championship for a long time. Tomorrow, he will finally get that opportunity. While kickboxing as a sport has largely been dominated by fighters from Europe and Asia, Daniels is representing not just his gym, but American kickboxers as a whole. Bellator Kickboxing 7 is his chance to shine.