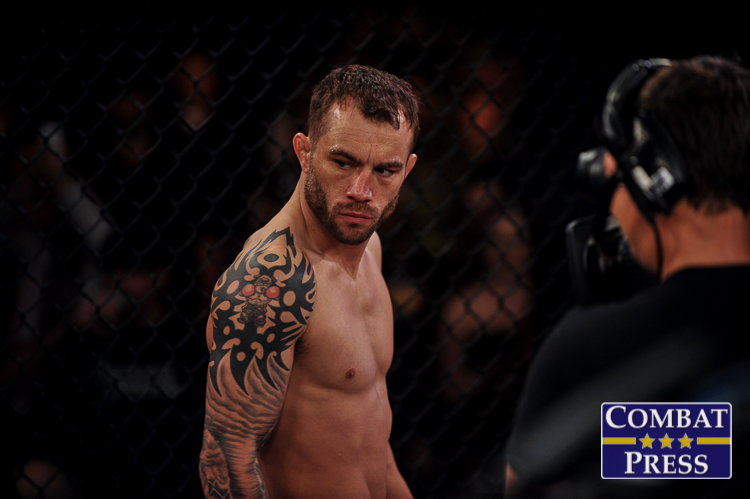 Nearly five years ago, the formation of a new promotion, the World Series of Fighting, was announced. The WSOF was widely promoted as the organization that, unlike most promotions, put fighters first. The company had a good run over about four and a half years, showcasing fighters from all over the world, and included athletes who were former and future competitors gracing every major promotion, including the UFC and Bellator.

Earlier this year, it was announced that the WSOF would undergo a rebranding and become the Professional Fighters League. This Friday night marks the organization’s inaugural event under the new brand, as PFL 1 kicks off live from the infield of the Daytona International Speedway in Daytona, Fla., immediately following the conclusion of NASCAR’s Coca-Cola Firecracker 250. While the inaugural event is only a four-fight card, due to the unique venue, it is a stacked card, nonetheless.

The PFL 1 headliner is a clash of two longtime veterans. WSOF welterweight champ Jon Fitch will face off against WSOF lightweight contender Brian Foster, who will be making the jump back to 170 pounds for a non-title, five-round affair.

“They offered me the fight, and I’m not the guy to turn that down,” Foster told Combat Press. “Jon Fitch is a hell of an opportunity, brother. I’m just that guy that loves opportunities, so I never even batted an eye. Let’s do it. There’s not a whole lot of people to fight in that division that will make a damn bit of difference in his career, so I did it for several reasons.”

Fitch has been under the WSOF banner since the beginning. His first fight for the organization came at WSOF 3. Since then, he has gone 5-2 with a couple of submission hiccups along the way. Foster first entered the promotion two years ago at WSOF 17. He also has gone 5-2 in the promotion. The difference is that Foster finishes his wins, whereas Fitch does not.

“He’s tailor-made for my style,” said Foster. “Granted, it’s the same way the other way around, but it’s all about who implements their style the best. Jon has shown time and time again that he’s resilient, and he’s not going anywhere without the proper kind of initiative getting thrown at him. I’m hoping to show him that.”

In his last five wins, Foster has four knockouts and one submission. Fitch’s last five wins have all gone to decision. Fitch is known to rely on his wet-blanket, wrestling style to win rounds. The problem for Fitch in this one is that, minus a couple exceptions, Foster is not one to let his opponent just implement their game plan, and he is willing to take the fight anywhere.

Even though he lives in Oklahoma, which is where he also owns a successful construction company, Foster takes his training to Factory X Muay Thai in Englewood, Colo., for fight camps. He has been doing this for a few years now. In addition to training with a deep stable of fighters under head coach Marc Montoya, he also enlists strength-and-conditioning coach Loren Landow to stay in tip-top shape. This is especially beneficial when jumping back up to 170 pounds, where Fitch does have a height and reach advantage.

“I’ve been doing a little bit more strength stuff. I’ve had some bigger guys on top of me, and I’m quicker, slicker and smoother,” Foster said. “I’ll always train with Landow. I’ve been there for six weeks, and I’ve been using him since Jake Shields. It’s improved my game tenfold. My conditioning used to be an issue, but now it’s not.”

There has never been a secret to the game that Fitch brings to the table. The former UFC welterweight contender is now 39 years old, and there is likely not going to be a big difference in what he will try to implement. Foster is only 33, so he could still have his best days ahead of him. Foster is constantly trying to improve, too. The rebranding of the promotion hasn’t fazed him at all.

“It’s all business,” Foster said. “I think they’re going in the right direction, and I have total faith in them. I like the fact that they’re out for the fighters. A lot of promoters say that, but I think these guys are taking the proper steps to actually make that happen.”

PFL 1 airs on NBC Sports Network on Friday night, live from the infield at Daytona. It’s not a big card, but there are some big names ready to throw down, and Foster wants fight fans make sure to tune in for this one.