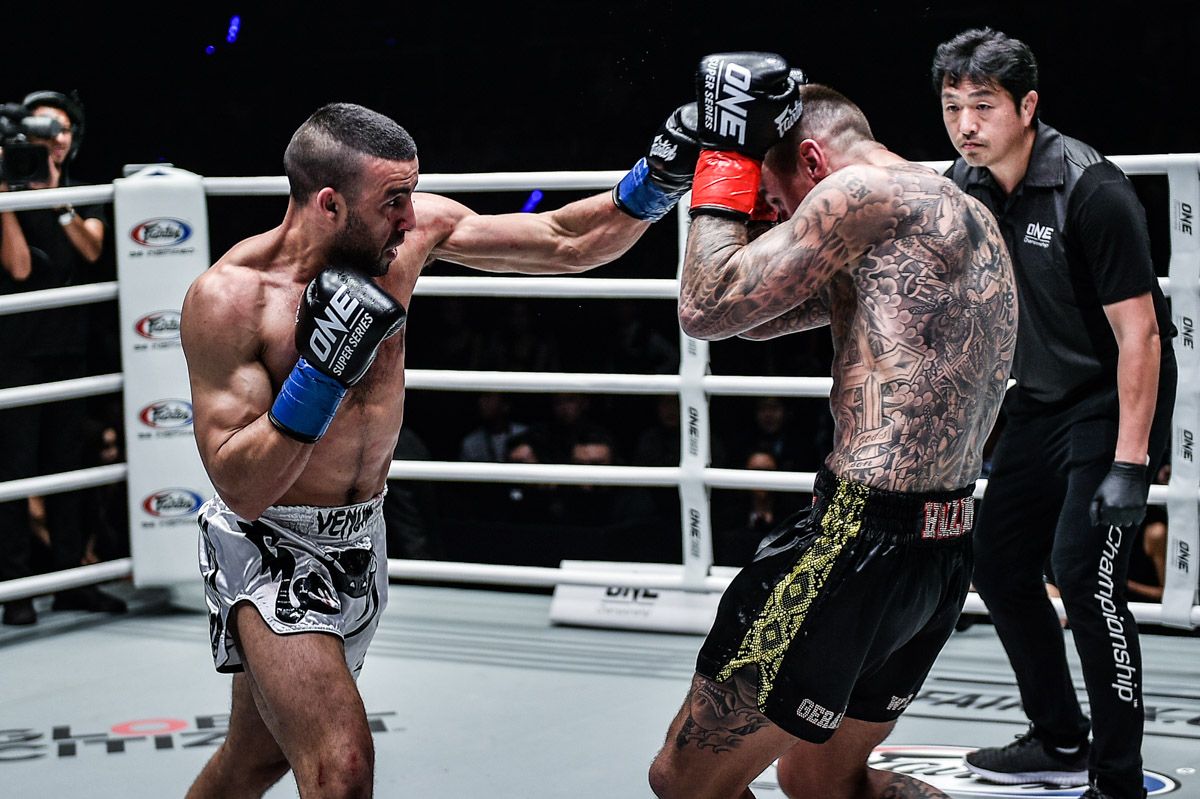 Mustapha Haida Wants a New Belt in ONE Championship

Mustapha “Dynamite” Haida will be the first Italian to fight for a kickboxing world title under the ONE Championship banner. The bout takes place at ONE Championship: Fists of Fury III on Friday, March 19, in Singapore.

The Italian-Moroccan challenges lightweight champion Regian “The Immortal” Eersel for the belt. The match had already been announced for Jan. 22, but a minor injury prevented Haida from competing. The Tuscan-based fighter is currently ranked No. 2 in the division by ONE, but the man ahead of him, Nieky Holzken, lost his last two fights against Eersel. The promotion considered it appropriate not to book a third consecutive match between Holzken and Eersel.

“Dynamite” is a member of Fight Club Gym in Florence. He won an ISKA title, a Wako Pro K1 rules intercontinental belt, and the Venum Victory World Series World Championship. He is also a Thaiboxemania and Oktagon tournament winner. Haida has fought for GLORY, SUPERKOMBAT, Kunlun Fight and Bellator Kickboxing. He holds notable wins over the legendary Andy Souwer, Daniel “The Rock” Dawson, Kunlun Fight champion Dzianis Zuev, the great Abdallah “The Panther” Mabel, and the K1 World Max champ Enrico “Hurricane” Kehl. His overall record is 58-10-2, with 20 victories by knockout.

Meanwhile, Eersel is 55-4, with 26 knockouts. He is the former Lion Fight Muay Thai champion.

Combat Press spoke to the Italian title challenger about his upcoming fight.

This is the third time that this bout with Eersel has been rescheduled.

I had a lot of time to study him and to think about a fight plan for the match. He is younger than me — 28 years old versus 32 — but he has already fought almost as much as me.

Eersel is a typical Dutch-style fighter. He strikes a lot with kicks and punches, combinations. [He] is 10 centimeters taller than me and so has the advantage of the reach. That’s why it’s easy for him to use a lot of knee strikes to the head, also without neck control. However, if he suffers some heavy blows, he begins to slow down.

You have the reputation of a wait-and-see fighter.

Well, it depends. I usually adapt to my opponent’s way of fighting. For sure, I’m very powerful in both legs and arms. [I’m] a well-rounded fighter. I can be spectacular, but at the same time effective with kicks. I’m also well-endowed in boxing, having a lot of experience in training with pro boxers.

ONE Championship is a top promotion, both in kickboxing and MMA. Some fighters are switching from one to the other. Could it be possible that we will see you in an MMA bout in the future?

Now, I’m thinking only to win the belt, but, honestly, I don’t think so. MMA doesn’t feel like a fit. It would be more possible to add experience in pro boxing.