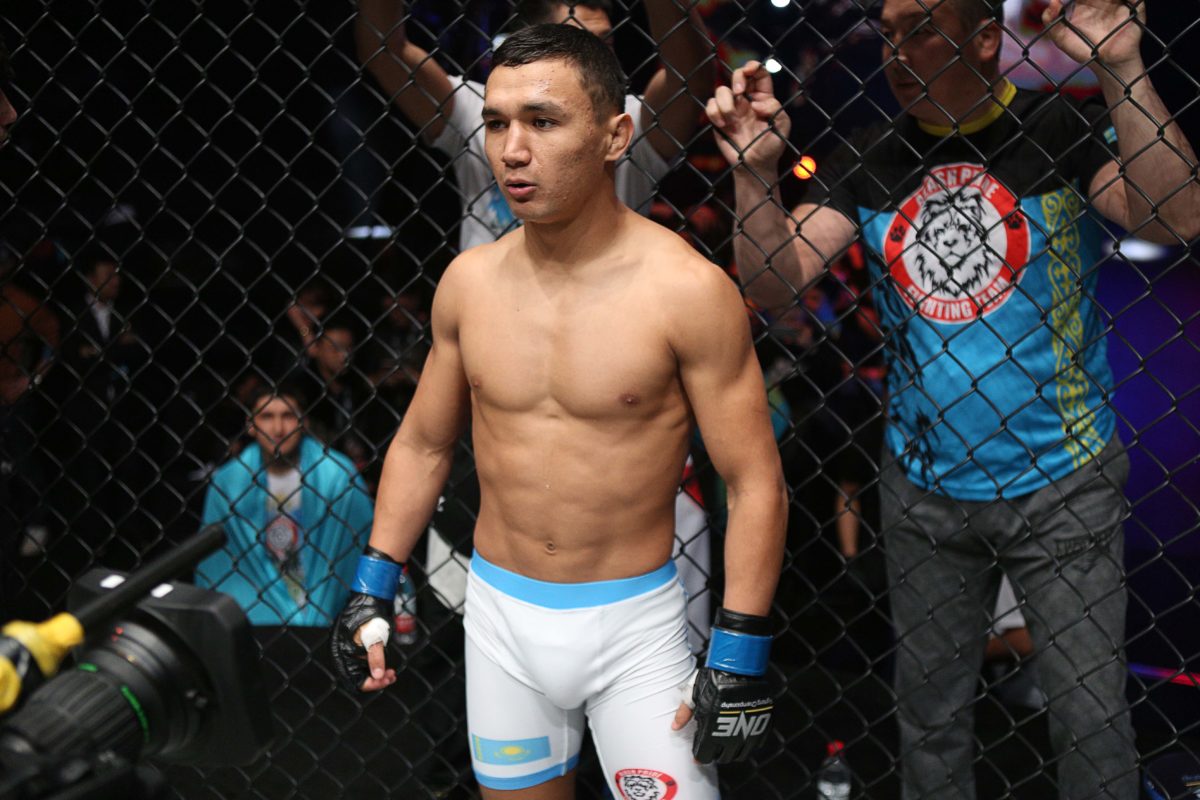 Out of Obscurity: BAMMA 31, ONE Championship and Cage Warriors 86

The spotlight lands in Britain this weekend for BAMMA’s 31st effort. The show features three title bouts. One of the more competitive of these championship affairs should be the clash for the vacant welterweight title. The bout pits Alex Lohore against Nathan Jones.

At 12-1, the 27-year-old Lohore has the more impressive record. “Da Kid” won his first four pro fights after debuting in 2014. His lone stumble came in his fifth outing against Carl Booth, who put away Lohore with strikes in just 38 seconds. The British fighter responded by reeling off eight straight wins. He faced mostly low-level competition until his last two fights, when he met — and defeated — UFC veteran Colin Fletcher and Dan “Vinni” Edwards. Both wins came in Bellator MMA when the American promotion visited Britain. The New Wave Academy export has dispatched six opponents via strikes and submitted an additional four foes.

Jones has slightly more experience, but he also has more losses on his record. “Mr. Bag & Tag” has been fighting professionally since 2012. He lost his pro debut, but won his next three straight. The Combat Company product then endured a three-fight skid. He recovered and won five straight before suffering another setback when he lost to Peter Queally. The veteran bounced back to deliver the first career loss to Walter Gahadza, who had been perfect through his first 16 fights. Jones just barely edged Gahadza for a split decision on the scorecards. The British fighter made his Bellator debut in May with a first-round submission finish of Umer Kayani. Jones is a huge threat on the ground, where he’s conquered nine of his opponents.

Jones spent much of his career looking like nothing more than a low-level, mid-card fighter for the British circuit, but that all changed when he eked out the decision over Gahadza and then submitted Kayani in the Bellator cage. Now, Jones can be viewed as an overlooked spoiler to guys like Lohore. This doesn’t mean he’ll beat “Da Kid,” but Jones certainly can make this a very competitive bout.

Jones, who spent some time this summer training actor Tom Hardy for his upcoming role in the Venom movie, holds a black belt in kickboxing. While his grappling game has accounted for many of his victories, he is perfectly happy to stand and exchange with his opponents. Lohore might be better off testing the stand-up of Jones, however, given that Jones has just one knockout finish in 16 pro fights.

Lohore has generated a more consistent set of results over his career. Jones has improved over time, but it’s doubtful that he has the tools to deal with everything Lohore brings to the cage. This will be a far more competitive fight than their records suggest, but Lohore should emerge with the victory after testing Jones on the feet and finishing him on the mat.

ONE Championship’s latest trip to Jakarta might not come complete with a stacked card, but it does have a solid headliner. Flyweights Kairat Akhmetov and Geje Eustaquio are set to throw down in a fight that could be Akhmetov’s gateway back to a title bid and a trilogy fight with Adriano Moraes.

The 29-year-old Akhmetov fought Moraes for the ONE flyweight crown in his very first ONE outing. The Kazakh fighter debuted in 2010 and fought primarily in his native land until debuting with ONE. Along the way, he won 22 straight fights and captured the Alash Pride FC flyweight strap. After taking a split verdict over Moraes in November 2011, Akhmetov faced the Brazilian in a rematch just last month at ONE Championship: Kings and Conquerors. In the rematch, Moraes took a unanimous decision to reclaim his championship belt. The Tiger Muay Thai and Alash Pride fighter has stopped five opponents by way of knockout and 10 via submission.

Eustaquio was actually the man against whom Moraes originally snagged the ONE title. The Filipino fighter has been a mainstay of the promotion since its second event. He debuted on the regional circuit in 2011 and won four of his first five outings, including the aforementioned ONE debut. From there, Eustaquio’s career has been a roller-coaster ride. He lost to Andrew Leone in 2013, but won his next two fights against Eugene Toquero and Kentaro Watanabe. The wins put “Gravity” opposite Moraes in the title bout, where Eustaquio fell via a second-round submission. In his next outing, the Lakay Central Gym product suffered a split-decision loss to the unheralded Anatpong Bunrad. Eustaquio responded with wins over Saiful Merican and Gianni Subba. He stumbled yet again when he was submitted by Toni Tauru, but he rebounded with a split decision over the aforementioned Bunrad to avenge his previous loss. The Filipino tends to go the distance in victory, but he has earned two knockout stoppages and two submission finishes. Meanwhile, the 28-year-old has been submitted twice.

Akhmetov has the tools to make Eustaquio’s night hell. The Kazakh fighter has a background in Greco-Roman wrestling that will come in handy to put Eustaquio on the mat, where the Filipino fighter seems most vulnerable. The former champ has also spent some time during his career cross-training with famed coach Greg Jackson, and he’s also worked out of Tiger Muay Thai. These experiences have exposed him to some elite-level camps.

Eustaquio has a background in kickboxing and wushu. He’ll be a minor threat to Akhmetov on the feet, but he’s not going to be able to avoid the Kazakh’s strength and wrestling to keep this fight standing. Once on the canvas, the Filipino fighter will be outclassed by his flyweight counterpart. Akhmetov will submit Eustaquio to secure the trilogy fight with Moraes.

If you’re paying for UFC Fight Pass, you might want to catch the Cage Warriors 86 main event this Saturday. The bout features two British fighters who could end up in the Octagon in the near future. One of them even sports the fitting nickname “The Prospect.” That man, Nathaniel Wood, puts his bantamweight title on the line against undefeated challenger Josh Reed.

Wood, a Brad Pickett protege, has been fighting professionally since 2012. He won six of his first eight fights and never went the distance during this stretch. His next two victories did go the distance and then he lost via technical knockout against Alan Philpott in his bid to grab the vacant BAMMA bantamweight title. “The Prospect” returned to the win column in his Bellator debut when he submitted Chase Morton while stepping up to the featherweight division. Next, Wood set his sights on a bantamweight run in the Cage Warriors organization. He scored a second-round technical knockout of UFC veteran Vaughan Lee at Cage Warriors 82 and then claimed the league’s bantamweight strap with a first-round knockout of Swiss fighter Marko Kovacevic. Overall, Wood has seven wins by some form of knockout and two victories via submission. He has also suffered one TKO loss and two submission defeats.

Reed made his pro debut in 2013. He has been perfect ever since, but he barely eked out a split decision in late 2016 against Martin Sheridan. Two of his remaining wins came via strikes, and he’s tallied four submission finishes. The Tillery Combat export punched his ticket into the title fight with a first-round knockout of Gavin Kelly at Cage Warriors 83. Sheridan and Kelly, who sported a combined 15-9 mark heading into their fights with Reed, are the most accomplished opponents on “Crazy Horse’s” resume.

This should be an exciting headliner for the latest UFC Fight Pass edition of Cage Warriors. Both Wood and Reed tend to avoid the scorecards, but Wood has a far higher level of competition on his record. He might not have scored the win over Philpott, but he did beat Lee and Kovacevic.

The question here lies in which fighter can dictate where this fight takes place. Each man is capable of winning anywhere, but Wood relies more heavily on his striking attack and Reed tends to secure finishes on the ground. Wood does have a couple of submission losses, so Reed could find some holes in the champ’s submission defense. Wood’s submission defeats came against Ed Arthur and Mike Cutting, neither of whom have gone on to big things. Reed might not have the experience against high-level foes, but he’ll add a tough fighter to his list of victims when he submits Wood.