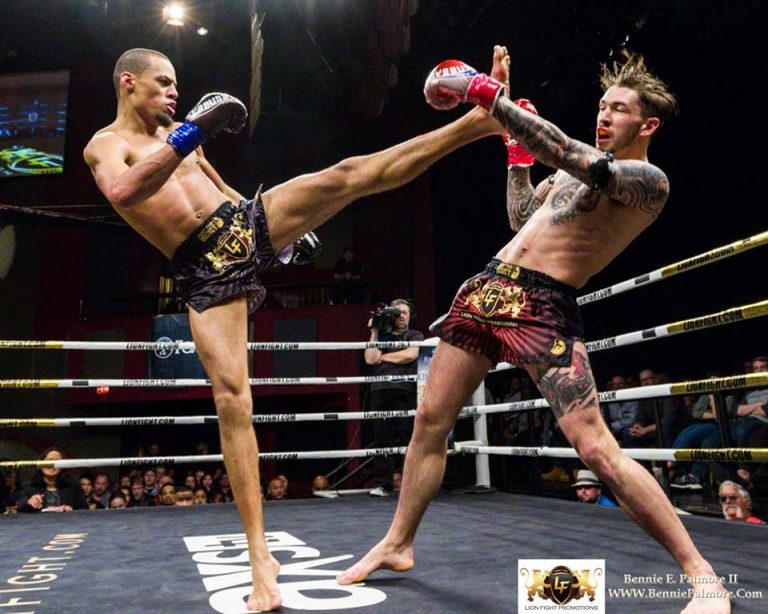 ONE Championship: Fists of Fury III Preview and Predictions

The headliner will appease the kickboxing fans in the audience. Lightweight titleholder Regian Eersel is riding high off of back-to-back decision nods over Nieky Holzken. Those victories have carried the Dutch-Surinamese star to the No. 3 spot in the welterweight division of the Combat Press kickboxing rankings. Now, he’ll put the belt on the line against the unranked Mustapha Haida. The Moroccan-Italian is 40-8-3 with 22 knockouts, including finishes in his last two victories.

Meanwhile, ONE atomweight kickboxing queen Janet Todd heads back to the Muay Thai realm in search of more gold for her trophy case. The 35-year-old American clashes with Australia’s Alma Juniku, who has already dropped verdicts to Todd’s rival Stamp Fairtex and Anne Line Hogstad.

Four MMA fights round out the night’s action. The flyweight division features prominently with two contests. In the show opener, Yodkaikaew Fairtex battles Hu Yong. When the dust settles on that affair, Roshan Mainam tangles with Aziz Calim. From there, ONE moves to the women’s strawweight division for a showdown between Maira Mazar and Jenelyn Olsim. Then, two 115-pound men collide when Alex Silva meets Hiroba Minowa.

ONE Championship: Fists of Fury III airs tape-delayed on Friday, March 19, at 7:30 a.m. ET. American fans can view the entire show for free on B/R Live. International fans can tune in on the ONE app and the league’s YouTube channel.

For the first time since he won the ONE kickboxing lightweight crown, Regian Eersel is set to fight someone other than Nieky Holzken in championship action. Does Mustapha Haida have any chance at unseating the reigning king of the division?

Only a slim one.

Haida’s power has led to victories in two of his last three outings, but there’s a loss to Holzken sandwiched in between those fights. The first of those finishes came against a decorated Daniel Dawson, but the Aussie fighter was already age 41 when the bout took place. Most recently, Haida stopped Eder Lopes. However, that was nearly two years ago.

Still, Haida can deliver the occasional surprise. He did top Andy Souwer in 2014, and he also holds victories over the likes of Enriko Kehl and Dzianis Zuev. He cannot be overlooked, and he could make life difficult for Eersel.

That being said, Eersel should be considered a clear favorite over Haida following a pair of victories over Holzken. The 28-year-old has been on a roll since a 2016 win over Jo Nattawut. He is currently riding a 16-fight winning streak that also includes a nod over Brad Riddell and a finish of Anthony Njokuani. With 26 knockouts, he narrowly edges Haida in finishing rate as well.

This one might not end in a knockout, but it should result in a hard-fought win and successful defense for Eersel.

Janet Todd is now eyeing a run at ONE Muay Thai gold. Can she get past Alma Juniku and move one step closer to the title?

Todd has bounced between the ONE kickboxing and Muay Thai realms. She’s a champ in the former, following a victory over Stamp Fairtex. She also challenged Stamp unsuccessfully for the Muay Thai strap in early 2019. Her journey back toward the top of the Muay Thai ladder comes after Stamp lost the title to Allycia Hellen Rodrigues in August.

Todd should have a fairly easy time here against a fighter who has already stumbled against Stamp, as well as Anne Line Hogstad. Juniku hasn’t shown any signs that she’s a top-tier fighter for ONE. Todd, on the other hand, should be considered a perennial contender at this point.

What are the biggest highlights of the MMA action on the card?

While the flyweight men comprise half of the MMA docket, it’s the strawweight affair between Alex Silva and Hiroba Minowa that stands out.

Silva’s 9-5 mark isn’t a head-turner, but he’s been a competitive presence atop the division and has engaged in battles with Yoshitaka Naito and Joshua Pacio. He even won the ONE strawweight belt from Naito before losing it back in an immediate rematch. He might be 2-4 over his last six appearances, but the Brazilian has been in a championship affair in two of those fights and suffered another of his losses in a trilogy fight with Naito, who was by then an ex-champ.

Minowa sports a much flashier 12-2 record, but he’s a fresh face to ONE’s strawweight division after making his promotional debut in a November squeaker in which he edged Lito Adiwang. The 21-year-old has already won the Shooto strawweight belt and that company’s Infinity League tournament, but he hasn’t yet seen the level of competition that Silva has encountered throughout his career.

This should be an excellent chance to gauge Minowa’s potential. Silva’s been in a rough patch, but he’s still one of the division’s best fighters. Meanwhile, Minowa can be excused for a setback in making the jump from Shooto to ONE. If he can get back on track, Minowa could emerge as a future contender to Pacio’s throne.