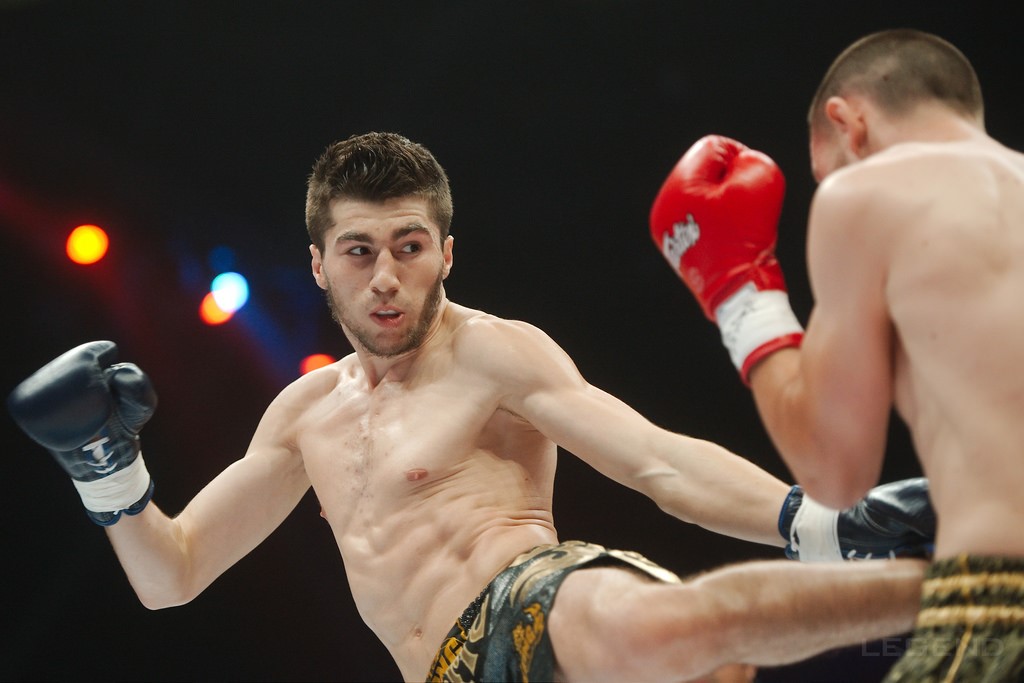 Alim Nabiev: ‘I Am the Best in the Welterweight Division’

He’s the No. 7-ranked welterweight in the Combat Press Kickboxing Rankings. He has 49 fights under his belt, with 43 wins and 20 knockouts.

Alim Nabiev has an upcoming fight against Zhang Yang at Kunlun Fight 63, but first, he took time to speak to Combat Press writer Ruslan Navshyrvanov about his career and future plans. This interview was originally conducted in Russian and translated into English.

When and where will you have your next fight?

My next fight is on June [24th] on Kunlun Fight.

Who was your toughest opponent? Would you like a rematch?

I can not stipulate one opponent. All of them were tough, but I would like to say that I am ready for revenge with anyone to whom I loose. And I will show another result in revenge.

What’s something funny you’ve experienced in the ring?

Once, I knocked down an opponent and got emotional, started to dance and make push-ups. Then, after he got up, I knocked him out.

Who is your idol in martial arts?

I have no idols. I am the idol and motivator for my own life.

What promotion would be the best for your self-development?

Right now, to compare myself and compete with the best fighters, I think I need to fight in GLORY. That would influence my career and I could jump to the top.

Who is the best fighter in your weight class presently?

In my weight? Ha ha! Very funny! That’s me, for sure! I am the best in the welterweight division. Let them offer any single fight. I am ready to win!

Several times, you changed the flag under which you entered to the ring. Which flag do you plan to use now?

The flag of Azerbaijan, of course!

You had your latest fight against Yohan Lidon. How do you rate his chances against Yoann Kongolo on June 10?

In my opinion, Lidon will be more dangerous. He has good defense and great experience, but age can play a bad joke on him. He is not very young. I think that Kongolo will choose an offensive style. He will try to push and to cover Lidon with strikes, but Lidon has good defense and counter strikes. In my opinion, this will be a very equal, competitive fight. I cannot predict who will win.