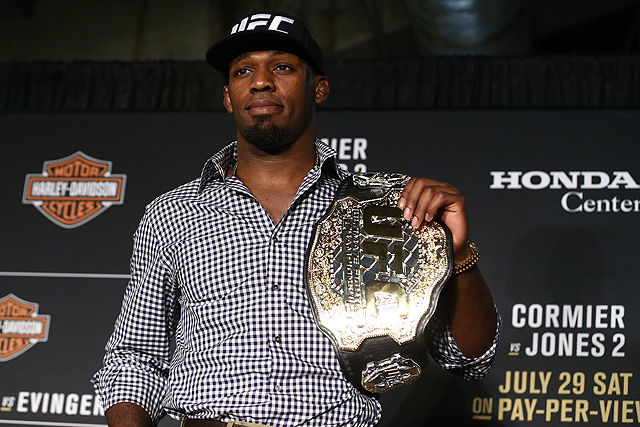 The Cautionary Tale of Jon Jones

Jon Jones will go down as either the greatest fighter of all time or the biggest waste of talent the sport of mixed martial arts has ever seen. The way you see his legacy really depends on whether you buy what he’s selling and just how understanding you are.

When news broke last week that Jones had failed a drug test in relation to UFC 214, it’s fair to say that nearly everyone thought it was a twisted joke. Unfortunately, this was not the case. The failed sample was collected after the weigh-ins for UFC 214, according to a USADA statement.

By all accounts, “Bones” looked to have turned a corner in his personal life. The manner in which he handled himself after defeating Daniel Cormier to recapture the light heavyweight title was nothing short of stoic.

Now, we are all forced to reevaluate our opinion on Jones. Was that just another con by the once pound-for-pound king? Did he truly mean those kind words he said to Cormier?

If Jones’s B sample comes back positive for the same banned steroid that his initial test did, it’s safe to say that Jones will go down as the most popular example of talent that never got realized.

Many of us in the MMA media considered Jones to be the greatest of all time, and that sentiment was confirmed when he dismantled Cormier with a head kick at UFC 214. However, many of us have quickly changed our tune due to his most recent failed drug test.

“Bones” is potentially looking at a four-year suspension, fines, and maybe even a lawsuit from Cormier. Where does Jones go from here?

Personally, I don’t believe that Jones will fight in the UFC ever again. We all know UFC President Dana White can hold a grudge, and he can’t be feeling good about being fooled by Jones again.

The Japanese would welcome Jones with open arms. The Land of the Rising Sun loves larger than life American stars, and Jones fits the bill to a tee. There is no USADA testing there, either. Just saying.

In the meantime, the UFC must decide what to do moving forward. There have been many unconfirmed reports stating that the light heavyweight title will go back to Cormier. That’s the right move. Jones is the only man that has been able to defeat “DC,” and he has done so twice. Both times, however, the result was marred in controversy.

So, this begs the question, is Cormier the GOAT?

Yes, he is. Cormier has beaten every opponent he has ever faced, no matter the weight class. He has done so in dominant fashion, too. The legions of MMA fans are starting to change their views on Cormier.

For whatever reason, the fans loved to hate Cormier. Perhaps it was because Jones was so beloved, or maybe it’s because “DC” played the heel role so effectively.

This entire situation stinks. There are no winners. Jones’s lasting legacy will be a prime example of what could’ve been. For all intents and purposes, what should’ve been. The name “Bones” will now become synonymous with wasted talent. It’s just a sad cautionary tale.