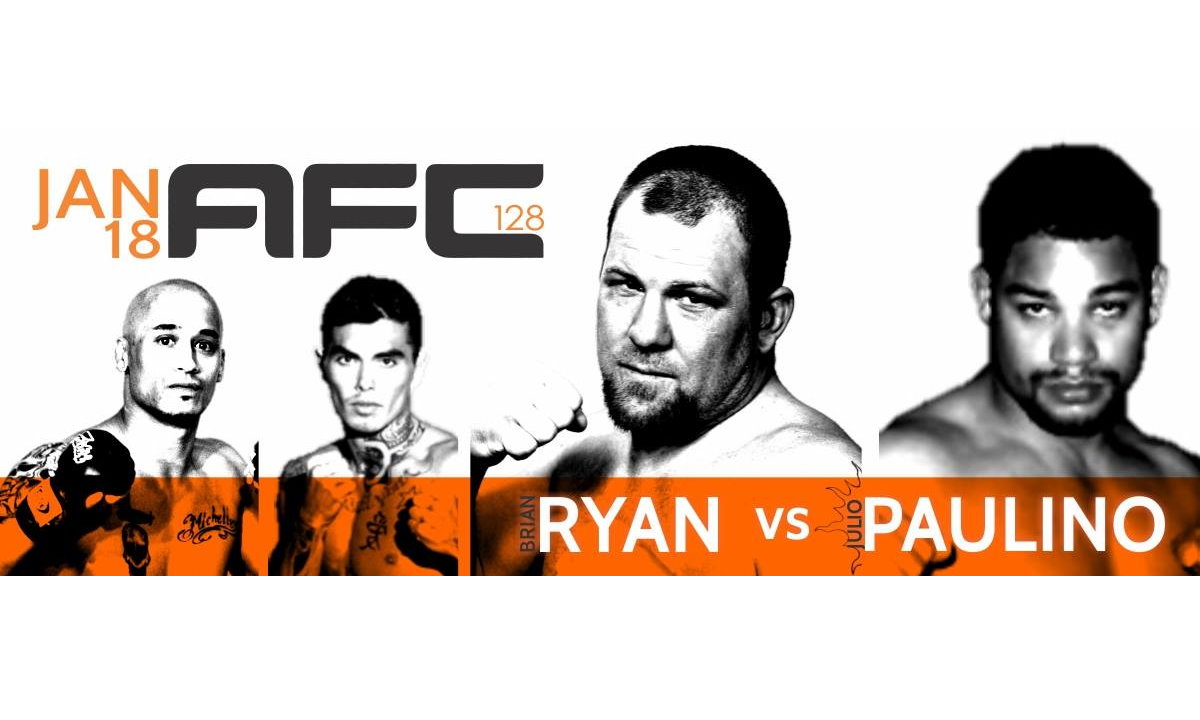 On Wednesday, Jan. 18, Alaska Fighting Championship returned to the Sullivan Arena in Anchorage, Alaska for AFC 128: Ryan vs. Paulino.

In the main event of the evening, former AFC champions Brian Ryan and Julio Paulino met for a second time in a rematch 11 years in the making. Ryan was the longest running heavyweight champion in the promotion’s history. He makes his comeback after nearly four years away from the sport. Paulino is a former UFC fighter and two-time AFC champion. The “Dominican Demon” had won 22 of his 27 professional bouts including 17 stoppage wins. They previously met at AFC 13 in 2005 with Paulino getting his hand raised due to a cut stoppage.

In the evening’s co-main event, two-division AFC champion Nick Novelli took on Maui Fighting Championships featherweight champion Zach Zane. Novelli is undefeated in his professional career with five wins and three finishes. Zane makes the trip from Hawaii to be the first man to hand “The Natural” a loss.