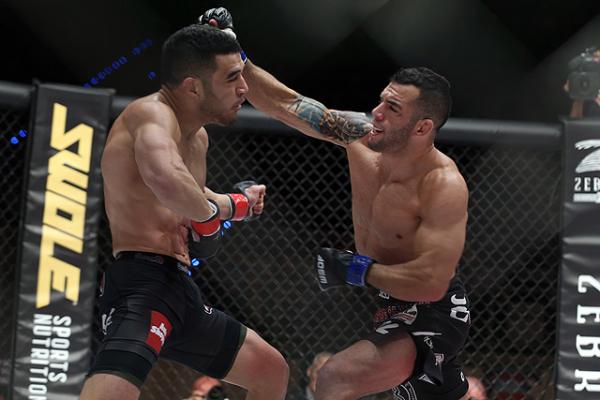 Brazilian Gesias “JZ” Cavalcante returned to the promotion just two months after capturing the Titan FC lightweight championship over UFC veteran Pat Healy. Cavalcante welcomed Freddy Assunção back to the cage after more than a year away from competition. Assunção put his own eight-fight winning streak on the line when he moved up to lightweight to challenge for the title.

In the co-main event, the interim Titan flyweight title was on the line when two-time IMMAF world champion Jose “Shorty” Torres risked his undefeated record against top Puetro Rican prospect Abdiel Velazquez. Torres had picked up wins over Travis Taylor and Reynaldo Duarte in his first two pro fights, both of which were under the Titan FC banner. Velazquez earned his opportunity to fight for the flyweight championship with a decision victory over Bellator MMA veteran Alexis Vila at Titan FC 39.