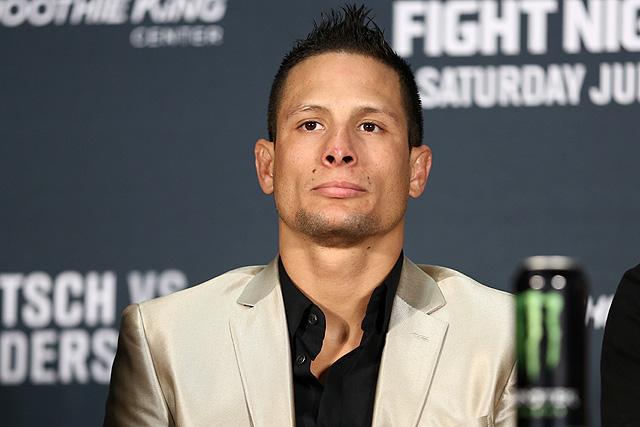 UFC bantamweight Anthony Birchak (@ABirchakMMA) joined Joe Rizzo (@RearNakedChoke) and Jay Kelly (@JayKellyMMA) on Rear-Naked Choke Radio to catch up on being a dad, being a fighter and being a gym owner, as well as give his thoughts on the media and its shenanigans.

Birchak let down his guard and allowed feelings to flow about being a father and how life has changed since turning 30. “El Toro” talked about being away from his children for Father’s Day in order to fight Dileno Lopes at UFC Fight Night 90 on July 7 in Las Vegas and how it motivates him to show his kids how to strive and sacrifice to achieve their goals.

On a lighter note, Birchak recalled being mistreated by the media and how he’s learned to refrain from saying what’s really on his mind. He talked about a certain Periscope incident that was blown out of proportion and Birchak explained how his wife now screens his tweets from time to time.

Being a mixed martial artist, part-owner of Luta Elite Management and having other business endeavors wasn’t enough to keep Birchak busy, so he is opening a 10th Planet gym in Tuscon, Ariz. Birchak talked about the facility and how the opportunity came about, as well as a possible promo video coming from former Kelly’s co-host and battle rapper Corey Charron.