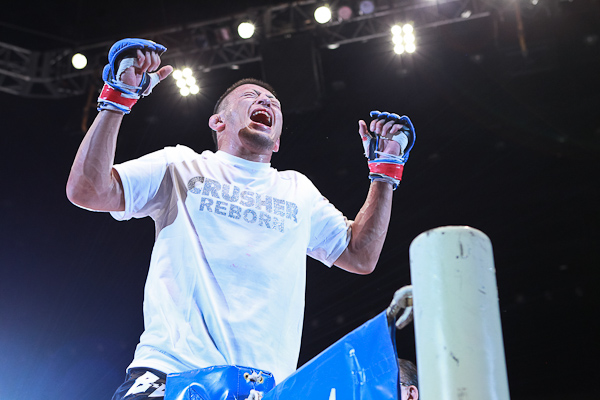 The main event featured Japanese MMA legend Tatsuya Kawajiri looking to defend his country’s honor against UFC veteran Anthony Birchak. Kawajiri made his return to Rizin after a disappointing debut against highly skilled grappler Kron Gracie on last year’s New Year’s Eve event. Birchak was out to prove the UFC brass wrong — the company cut him following a victory over Dileno Lopes at UFC Fight Night 90.

The aforementioned Horiguchi put his ranking on the line against surging Japanese flyweight Yuki Motoya. Horiguchi was unexpectedly cut from the UFC following seven wins and just one loss inside the Octagon. The former Deep champion Motoya had won 15 of his past 16.

Undefeated Japanese kickboxing phenom Tenshin Nasukawa returned to MMA in a quest for his third career win. He went up against Italian striker Francesco Ghigliotti. Nasukawa is a highly decorated kickboxer with 18 wins, no losses, and 14 knockouts. He picked up the Combat Press Kickboxing “Knockout of the Year” award for his victory over Lumpinee stadium champion Wanchalong as an 18-year-old.