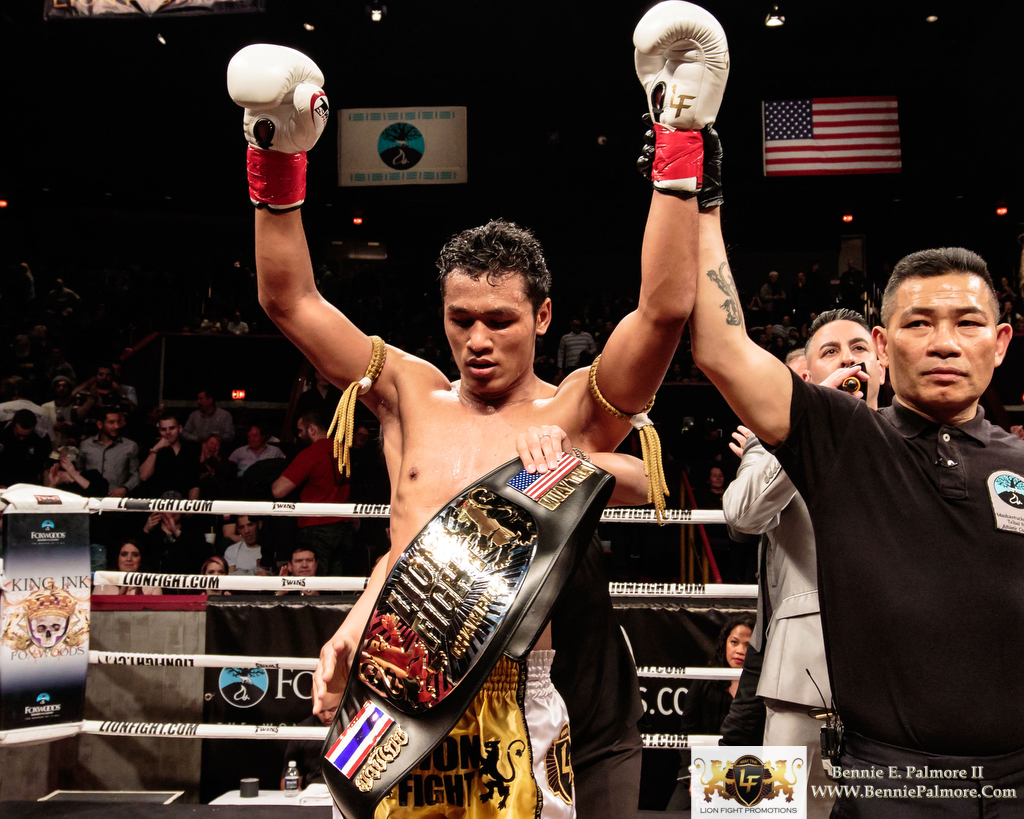 Lion Fight has found quite the injury replacement for its Lion Fight 29 main event.

After Yodpayak Sitsongpeenong was forced out of action due to an injury, three-time world champion Armin Pumpanmuang has been announced as a late-replacement against super welterweight champion Jo Nattawut. Lion Fight officials made the announcement earlier this afternoon.

Pumpanmuang is coming off a victory over Armen Petrosyan, brother of the well-known Giorgio Petrosyan. It will be Pumpanmuang’s American debut. He sports a record of 124-19-1, including two wins over Charles Francois.

Looking to spoil his American debut, Nattawut will defend his super welterweight title for the third time. The bout will mark a quick turnaround for “Smokin Jo,” as he last competed against Cedric Manhoef at Lion Fight 28 in February.

Lion Fight 29 is set for Friday, May 27 at Foxwoods Resort and Casino in Mashantucket, Conn. The event will air live on AXS TV.