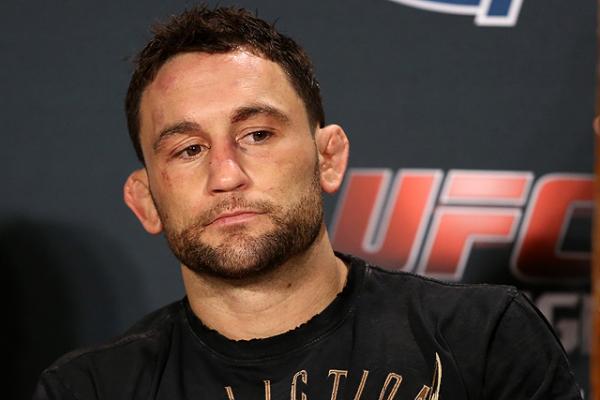 MMA coach Mark Henry had as good of a seat for UFC 196 as anyone could get. From working in Corey Anderson’s corner to being on the ground level, Henry had a good vantage point for what was happening at the huge event.

Before watching two huge upsets cap off a night of fights, Henry was helping Anderson work his way to a three-round decision win against Tom Lawlor. Anderson wound up taking a unanimous decision, even earning a pair of 30-27 scorecards despite being visibly stunned in the first frame.

“Lawlor hits very hard; he has a lot of power,” Henry told John Franklin in an interview on the Sunday Morning Cornerman show.

Henry broke down the basic technique of fighting a southpaw from the orthodox stance, which is to keep your lead foot on the outside of theirs. Evidently Anderson lost track of his foot placement, which helped Lawlor early on.

“We adjusted to where his head was going to be so he couldn’t slip off on it,” Henry said. “Corey listens very good. Even during the first round, we yelled out and he listened very well. Sometimes you can’t make it to the corner to make adjustments. We train things to have fighters make adjustments during the fight.”

The co-main event of the evening featured Miesha Tate, who finally captured UFC gold by taking out Holly Holm. For much of the fight, Holm seemed on her way to a decision win or, at the least, a draw. However, Tate’s trademark grit and determination landed her a fifth-round submission victory. It was an emotional win in a dramatic way for Tate, a fighter that began her UFC career on a two-fight losing skid.

It was a far cry from Holm’s performance against Rousey at UFC 193 in which Holm looked untouchable. Still, outside of a one-sided second round, Holm managed to control much of the fight.

Of course, all eyes were on the main event and subsequent fallout from Nate Diaz’s shocking upset over UFC featherweight champion Conor McGregor. Outside of it being a high-profile fight, Henry had a vested interest in watching McGregor and Diaz throw leather. Henry’s top student, Frankie Edgar, is widely considered the top featherweight in the world outside of McGregor.

Henry also had a few thoughts on the idea that McGregor was moving up multiple weight classes at UFC 196. McGregor competed against Diaz at welterweight, which is two weight classes above where McGregor reigns as champion.

“People this weekend were saying how amazing Conor is by going up,” Henry said. “Well, Frankie is 15 pounds less than Conor and was the 155-pound champion. People need to get that in their head when talking about this awesomeness of Conor McGregor. If McGregor is this awesome fighter for going up and getting crushed, Frankie must be the best fighter to ever walk on the planet.”

Although the fight was contested at welterweight, Diaz normally fights at 155 pounds. It’s a point many have made sure to bring up when discussing McGregor moving up multiple weight classes to compete at UFC 196.

“He didn’t go up two weight classes,” Henry pointed out. “He fought a 155-pound fighter, and Frankie has dominated that weight class. Conor couldn’t even get past the first 155-pound fighter he faced. At the end of the fight, he was saying something like, ‘I don’t know if Frankie is worthy of fighting me.’ I think it’s the other way around. I don’t think Conor is worthy of fighting Frankie.”

Looking at a potential showdown, Henry is of course confident in his fighter’s chances at dethroning the UFC featherweight champ. Those thoughts were vindicated by McGregor’s performance against Diaz at UFC 196.

“I think from that fight we know why Conor and the UFC don’t want him to fight Frankie,” Henry said. “This guy gasses out and Frankie would just maul this kid. Frankie isn’t afraid to throw strikes and has good movement. There’s a lot of things Conor does to fighters that he wouldn’t be able to do to Frankie.”

Facing a much larger opponent isn’t a foreign concept for Edgar. He’s competed for much of his career against bigger opponents while fighting at lightweight and even now at featherweight.

“In today’s MMA, Frankie is a 135er,” Henry said. “He’s a little bit smaller than our world champion, [World Series of Fighting bantamweight champion] Marlon Moraes. He was fighting big guys at lightweight. Guys like [Gray] Maynard, who was walking around at 185 pounds. Benson Henderson is a pretty big guy. I didn’t want Frankie standing in front of these big guys, so I came up with a lot of movement for him, setting up shots and things of that nature.”

It appears a showdown with another bigger opponent may be in the cards for Edgar. It’s widely expected that McGregor will head down to featherweight to defend his UFC belt, likely at UFC 200. The only question remains whether it will be against Edgar or a rematch with Aldo. It’s an easy question to answer judging by what Edgar’s coach has laid out in his appearance on the Sunday Morning Cornerman.