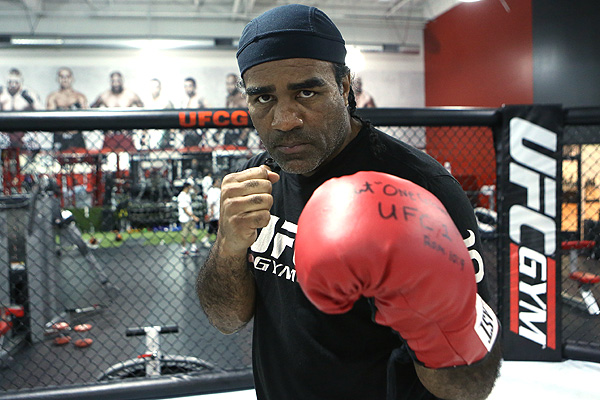 The Next Generation Pt. 1: The History of Striking Crossovers in MMA

In part one, we look at the very beginnings of the sport of mixed martial arts, and the point when strikers started to make the transition to mixed-rules bouts.

The history of fighters transitioning from striking-only martial arts to MMA is as old as the sport itself. The very first event held by the UFC, the world’s largest MMA promotion, featured professional boxer Art Jimmerson and kickboxing world champion Gerard Gordeau. Gordeau and Jimmerson garnered attention following the first UFC event, but neither striker was able to win the inaugural tournament. Instead, both men were defeated by Brazilian Jiu-Jitsu practitioner Royce Gracie. Jimmerson carried 29 professional boxing wins and just five defeats into his match-up with Gracie. Gordeau had won multiple karate tournaments in his home country of Holland. Jimmerson famously wore one boxing glove in his fight with Gracie, a move that backfired when he was unable to land a fight-ending strike on the feet. Once the fight hit the floor, both Jimmerson and Gordeau were like fish out of water, unable to survive on the ground against the much smaller, but highly skilled grappler.

Gracie’s tournament win led to the spread of grappling and, eventually, wrestling. Gracie showed that fighters were not only supposed to be skilled while the fight was on the feet, but that the fight could be won or lost just as easily on the ground. The growth and spread of jiu-jitsu to the United States in the late 1980s from Brazil coincided with fighters drastically improving their ability to maneuver on the ground. Grapplers dominated the sport when high-level wrestlers like Mark Coleman, the late Kevin Randleman and Randy Couture transitioned to the sport of MMA in the mid to late 1990s. While this growth of grappling began in the west, the striking arts were growing in the east.

Kickboxing had started to explode in the 1970s and ’80s when the arts of Muay Thai, karate, boxing and others were combined and spread to Europe and Asia. The sport, along with full-contact karate, spread to the United States and came to prominence with television coverage, but soon fell out of favor with the casual audience. The 1980s and ’90s brought forth the “golden era” of Muay Thai in Thailand and the birth of K-1 kickboxing in Japan. The introduction of K-1 in 1993 created a new home in which the sport of kickboxing could grow. As the success of K-1 continued to grow in the mid ’90s, the sport started to boom in Europe behind the development of Dutch-style kickboxers and karate fighters competing at the highest levels on the world stage.

The growth of both sports in different areas of the world kept many of the top strikers in kickboxing, boxing and other striking arts while the influx of grapplers and wrestlers continued to grow in MMA. The growth of MMA in Japan continued the potential for crossover.

One of the sport’s first high-level strikers to make the transition from kickboxing was Maurice Smith. Smith made the move to mixed-rules bouts in the early 1990s after successfully competing at the top of the sport of kickboxing in the ’80s, winning multiple world titles and fighting the very best in the world at the time. Smith tangled with grapplers and wrestlers in the Pancrase and RINGS promotions before making his move to the UFC in 1997 to fight for the UFC heavyweight championship against the aforementioned Coleman. Smith entered the Octagon for the first time against the far superior grappler at UFC 14 as a heavy underdog. Smith shocked many pundits with his decision victory over the wrestler. He was one of the first fighters to employ a counter-wrestling style to keep the fight on the feet, typically referred to today as sprawl-and-brawl. The win was a major moment for the future of striking arts in the sport of MMA. Smith went on to lose fights to wrestlers Couture and Randleman in the coming years, but Smith’s contribution to the sport led to the next generation of striker entering the sport of MMA.