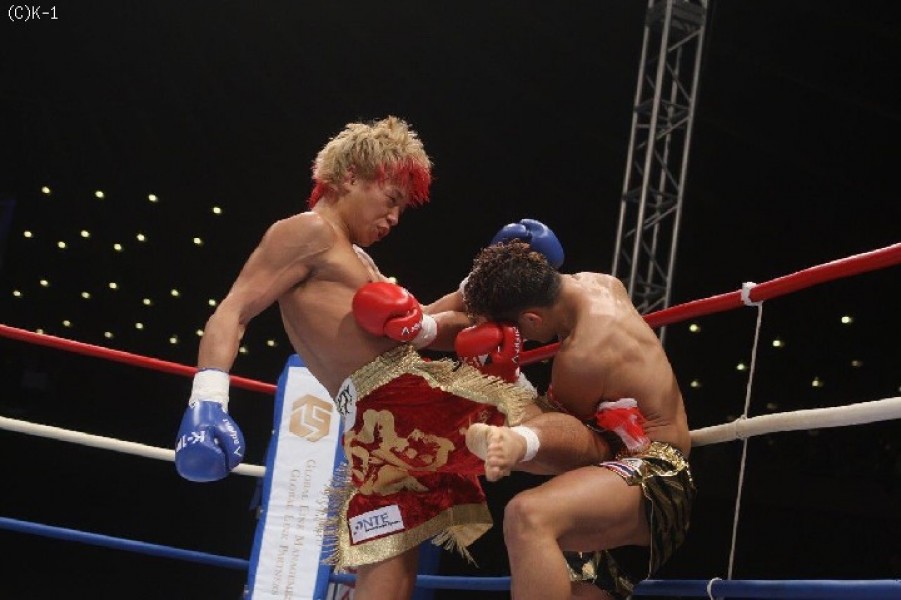 The fights in contention for best fight of the year made this award in particular hard to narrow down to a winner. There were incredible battles on every continent and in every major kickboxing promotion.

The fight that stood out to the panelists the most was the battle for the K-1 World GP 55-kilogram championship. Two of the world’s best 55-kilogram fighters vied for the inaugural title after both men defeated two opponents in the eight-man, one-night tournament. The KRUSH 58-kilogram champion Takeru came to K-1 when the company re-emerged in the Japanese marketplace in late 2014. The 24-year-old superstar is known for his exciting fighting style that usually forces the best out of his opponents. The final bout of the 55-kilogram grand prix at the Yoyogi National Stadium in April was no different. His opponent was 19-year-old KRUSH 55-kilogram champion Taiga.

It took almost six full rounds for Taiga to reach the finals with a decision win over Soufiane El Haji and a third-round knockout of Nobuchika Terado, whereas Takeru stopped both of his opponents. The unsuspecting heavy-hitting brawler earned knockout victories over Alexandre Prilip in the quarterfinals and Shota Takiya in just 91 seconds in the semifinals.

The two fighters had previously met in 2014. The two lightning bolts fought back and forth for two rounds, hurting each other in the process. Takeru ended the bout just seconds into the third and final frame. An unsuspecting Taiga walked directly into Takeru’s spinning backfist. Takeru launched a lead-leg teep kick that just missed Taiga’s left side before starting his spin. Takeru’s fist smashed into Taiga’s chin and put a brutal end to the exciting fight.

The second fight picked up where the first two rounds left off. The championship bout was hotly contested from the beginning. Taiga was landing his punches with more and more frequency. Takeru was returning sharp, snapping low kicks and quick, precise combinations. The pace was heating up and there was no sign of either man backing down, creating the building blocks for what would become an incredible display of technique and sheer will from the disputing champions. Click above to watch the Combat Press “Fight of the Year.” You won’t be disappointed.