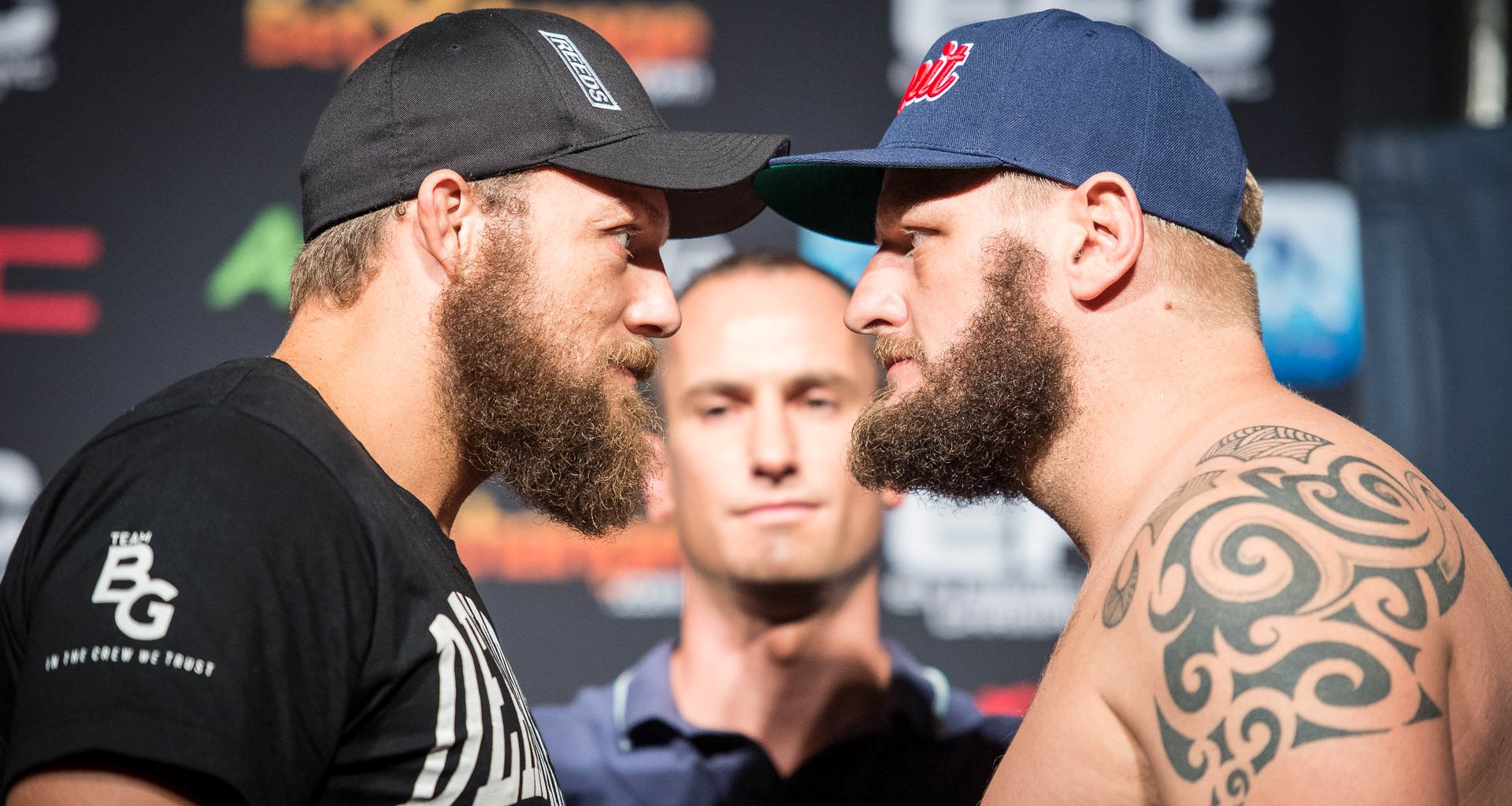 On Wednesday, May 6, Extreme Fighting Championship (EFC) held the weigh-ins for its 39th event, which will take place Thursday, May 7, at Grand West, Cape Town, South Africa.

The event is headlined by a heavyweight title fight that will pit new champion Brendon Groenewald against challenger Andrew van Zyl. In the co-main event former light heavyweight champion Gideon Drotschie will look to get himself back to contender status, squaring off with Tumelo Maphutha.

Groenewald will be looking to make the first defense of the EFC heavyweight title after winning it at EFC 35 in a first-round stoppage over Christophe Walravens. Groenewald has won four straight inside the Hexagon and five of his six career victories have been by way of stoppage.