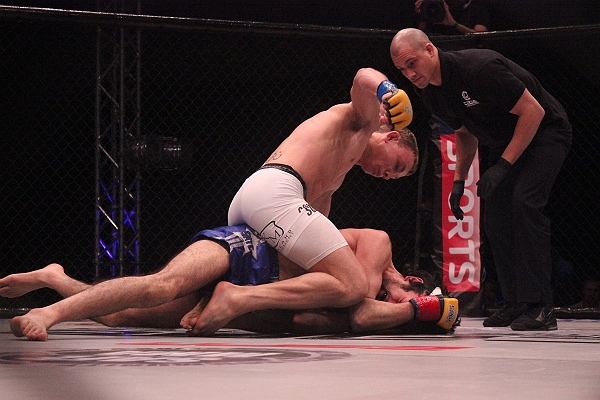 Much like the promotion’s 69th event in June, the event featured two main cards, with each featuring a title fight.

In the night’s top-billing, lightweight champion Stevie Ray battled Curt Warburton for a third time. The pair engaged in a five-round war at the aforementioned CWFC 69 in June, with Ray eking out the split decision win. Warburton previously topped Ray under the BAMMA banner in 2013. Neither fighter had fought since their memorable title affair. The Scottish fighter Ray had won three of his last four inside the CWFC cage, while England’s Warburton loss to Ray was just his second since his release from the UFC in 2011.

The first main card of the evening saw the promotion crown a new featherweight champion as Alex Enlund took on Nad Narimani. The 27-year-old Enlund rode a three-fight winning streak and had won four of his five bouts with the promotion. Narimani dropped his promotional debut but had since bounced back with back-to-back submission wins.