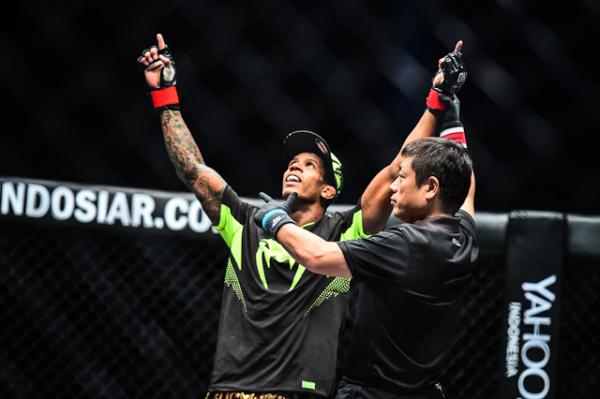 ONE FC 20: Rise of the Kingdom Preview and Predictions

ONE FC has ruled over the Asian MMA scene since its first event in 2011. On Sept. 12, the promotion returns with its 20th show, dubbed “Rise of the Kingdom.”

The main attraction of the event is a bout to crown the promotion’s 125-pound king. Adriano Moraes, an 11-1 fighter out of Brazil, locks horns with Geje Eustaquio, a 25-year-old Lakay MMA product who hails from the Philippines. Both men are coming off back-to-back ONE FC victories and would like nothing more than to walk out of the Koh Pich Theatre in Phnom Penh, Cambodia, with a shiny gold belt around their waist.

On top of the flyweight championship tilt, the card also features the return of Caros Fodor and a one-night, four-man featherweight grand prix tournament.

After moving through their title eliminator fights in very different fashions, Moraes and Eustaquio meet to determine the inaugural ONE FC flyweight champion.

Moraes’s lone career loss came at the hands of Russian fighter Yusup Saadulaev, who handed the Brazilian Jiu-Jitsu black belt a split decision defeat. Since then, Moraes has showcased his high level of BJJ by defeating veteran Yasuhiro Urushitani by way of rear-naked choke and then returning three months later to submit Kosuke Suzuki in the third round of their title eliminator.

Moraes has seen more time in the cage, and the experience factor here will be the difference. Eustaquio has grinded out his last two victories on the scorecards, whereas Moraes is a proven finisher who will look to make quick work of his Lakay MMA opponent.

Look for Moraes to continue his streak of submission wins and tap Eustaquio midway through the third round.

Originally, Fodor was slated to face Vuyisile Colossa in a rematch of their ONE FC 13 bout, where Colossa defeated the former Strikeforce contender via unanimous decision. Fodor, who bounced back from the loss with a first-round submission victory over Willy Ni, now has a similar bout in front of him as he faces a very experienced Latoel, who steps in as a late replacement for Colossa.

Latoel’s cage time shouldn’t be a factor for Fodor, however. The 30-year-old has big-fight experience under the Strikeforce and UFC banners.

Latoel is coming off one of the bigger wins of his long career, an upset of Evolve MMA’s Eddie Ng in the first round of their ONE FC 16 bout. The victory took Latoel’s record over the .500 mark for the first time in eight years, and his decade of experience was certainly a factor in his victory.

Twelve of the 14 losses on Latoel’s record have come by way of submission. With an experienced grappler like Fodor, that really rings alarm bells. Look for Fodor to get his career back on track by scoring another quick victory, again by way of submission. The win will perhaps set him up for the rematch with Colossa.

Making his ONE FC debut, Australia’s Chau has a tough task at hand. Lepont is arguably the most experienced opponent that Chau has faced in his career.

All of Chau’s victories have come by way of submission. In his seven fights as a professional, he has never seen the judges’ scorecards. His all-or-nothing attitude may need to be reeled in for his ONE FC debut, though, with Lepont, an equally experienced grappler, in front of him.

Lepont is on a three-fight skid, but he has fought three of the best fighters in the ONE FC lightweight division. Lepont’s losses came to Shinya Aoki, Eddie Ng and Kotetsu Boku. With his last victory coming over two years ago, Lepont will be desperate to get back into the win column.

Lepont will more than likely want to test the grappling prowess of the Australian early on in the fight. When he can’t submit Chau, it will result in the two lasting the entire 15 minutes, with some back-and-forth submission attempts. Chau will narrowly get the nod and send Lepont to his fourth straight loss.

Evolve MMA prospect Rahman made a successful return to the ONE FC cage at ONE FC 16 after almost three years out of action. In his return, he defeated Raymond Tan by TKO.

Ming Yen had a successful ONE FC debut back in June, defeating Nick Lee by submission in the first round.

Ming Yen has a similar amount of fight experience as Rahman’s last opponent. Although Rahman only has two fights to his name, the training that he endures with some of the best fighters and coaches in Asia is going to pay off for him again.

Rahman, a very well-rounded fighter, will take the action to the mat quickly and walk away with yet another TKO victory to his name, extending his winning streak to three fights.