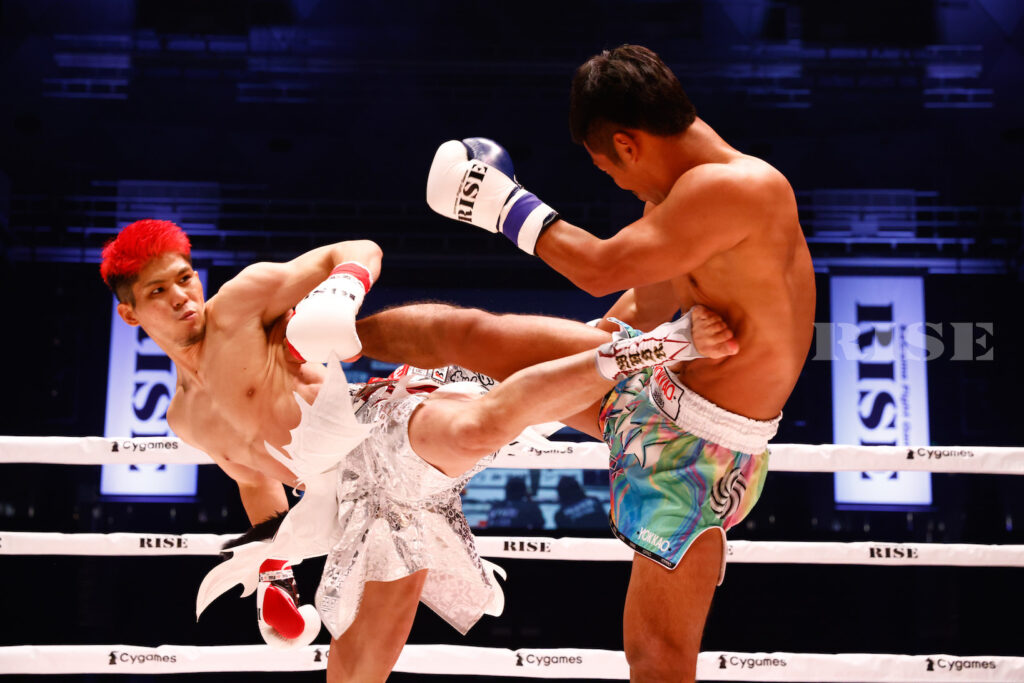 In the main event of the evening, top-ranked featherweight Petchpanomrung Kiatmookao faced fellow ranked opponent Kento Haraguchi in a rematch of their 2021 bout where the GLORY featherweight champion took two of the three rounds. Haraguchi looked to get even following back-to-back wins against Lompetch and Hideaki Yamazaki, the former K-1 65-kilogram champion.