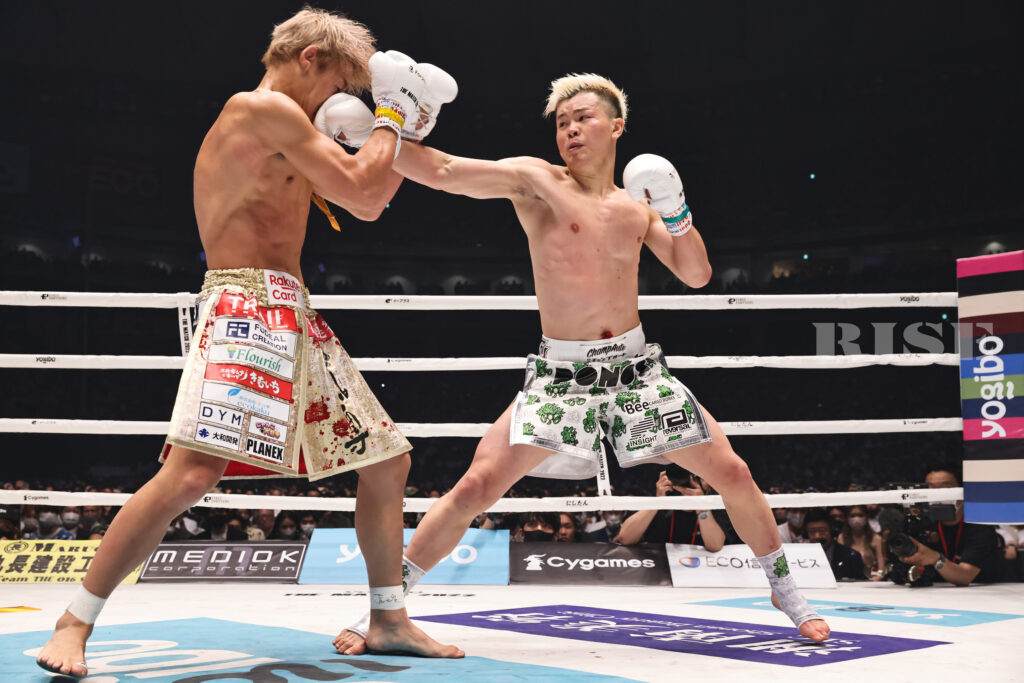 Dropped from the rankings: Rade Opačić (10)

Former GLORY title challenger Guto Inocente returned to the rankings following his impressive first-round knockout over rising talent Rade Opačić at ONE 158, ending his four-fight winning streak. Inocente rattled off two straight wins since joining ONE Championship in 2022 following a year long stint in mixed martial arts, which could open up a championship match-up with current titleholder Roman Kryklia.

Dropped from the rankings: Mahmoud Sattari (9)

Second-ranked Luis Tavares continued to cement his top ranking following a third-round right hook knockout that sent current ISKA cruiserweight champ Florent Kaouachi to the canvas at GLORY Rivals 1/Enfusion 108. The former two-division Enfusion titleholder earned a shot at the vacant GLORY light heayvweight title against Sergej Maslobojev following his fifth straight win, all of which were current or former top-10 opponents. K-1 Japan heavyweight tournament runner-up Ibrahim El Bouni entered the rankings following his unanimous decision win over Clyde Brunswijk at the same event. Despite scoring a first-round knockout against Yuta Uchida at The MATCH 2022, Krush cruiserweight king Mahmoud Sattari drops out of the rankings due to fighting at 100-kilograms or openweight in his previous bouts.

Dropped from the rankings: Andrei Chekhonin (7)

The middleweight division featured one top-10 kickboxer in action. However, the division was slightly re-shuffled following Andrei Chekhonin being dropped from the rankings. The only fighter in the ring during the month of June was Khalid El Bakouri, who defeated Vangeli Tzotzil via first-round stoppage at Enfusion 107. Enfusion middleweight Anis Bouzid makes his debut in the top-10 in place of Chekhonin. There is a long list of fighters who are just outside of the rankings who could jump in with a strong victory, such as Vasile Amariței, Ali Aliyev, Cyril Benzaquen, and a few others.

Mohamed Touchassie continues his accent up the welterweight rankings following his title-winning performance against Robin Ciric to capture the vacant welterweight title at Enfusion 109. Touchassie remained unbeaten in his eight-fight professional career when he ended Ciric’s eleven-fight winning streak over the course of five rounds. He moved up two spots in the rankings, passing former GLORY champion Nieky Holzken.

There were no fighters in action during the month of June, so the rankings remain unchanged.

Dropped from the rankings: Qiu Jianliang (4)

In one of the biggest fights in the division, Shoot Boxing ace Kaito Ono extended his 12-fight winning streak against the previously top-ranked super featherweight and two-division K-1 champion Masaaki Noiri, who was riding a nine-fight winning streak prior to the contest. The two top flight competitors put on one of the best fights of the night in the biggest kickboxing event this year from Tokyo, Japan, The MATCH 2022. Former K-1 champion Rukiya Anpo earned a hard fought unanimous decision victory over RISE champion Kosei Yamada to remain ranked in the top-5 of the division.

Dropped from the rankings: Kosei Yamada (10)

Kento Haraguchi returned to form in his biggest fight this year when he knocked out former K-1 65-kilogram champion Hideaki Yamazaki in the first round during a cross-promotional bout at the The MATCH 2022. Haraguchi makes his debut in the featherweight rankings after years as a perennial mainstay in the super bantamweight top-10. Krush super lightweight titleholder Daizo Sasaki defended his belt for the third time and earned his tenth straight win against Hikaru Terashima at Krush 138.

Dropped from the rankings: Taiju Shiratori (9)

Top-ranked super bantamweight Kongnapa Weerasakreck scored yet another huge victory when he took out one of RISE’s premier talents Taiju Shiratori with a right hook in the first round at The MATCH 2022. Following the loss, Taiju Shiratori drops outside of the top-10 for the second time. In his place enters exciting talent Kan Nakamura, who defeated former Krush champion and former second-ranked bantamweight Leona Pettas to earn the biggest win of his career.

Top-ranked bantamweight Takeru dropped down to 58-kilograms to take on the best Japanese fighter this generation, Tenshin Nasukawa. His ranking was not affected by the bout. However, if he officially retires, he will be dropped from the rankings following the announcement. YA-MAN debuts in the top-10 after six-straight victories with his most recent coming against top-10 bantamweight Ryusei Ashizawa by first-round knockout at The MATCH 2022. Shoot Boxing prospect Yuki Kasahara picked up an extra round decision over Krush super featherweight champion Chihiro Nakajima to keep his seven-fight winning streak alive and make his debut in the rankings. Now eighth-ranked Tomoya Yokoyama took a unanimous decision nod over Katsuki Ishida at Krush 138. Leona Pettas drops out of the top-10 for the first time in three years, partly due to losses against Nakamura and Takeru, but also due to moving up a weight class.

The one fighter in action during the month of June happened to be the top-ranked super flyweight in the biggest fight of his career. Tenshin Nasukawa earned a hard fought unanimous decision victory over three-division K-1 champion Takeru at The MATCH 2022 to remin an incredible 43-0 during his final fight in the sport. Tenshin will remain ranked for the time being. However, when he makes his professional boxing debut, he will be removed from all of the rankings.

Dropped from the rankings: Tenshin Nasukawa (1)

The flyweight division was the busiest of all in the month of June and featured the best of the best competing for the top spot in the rankings. Due to his retirement, the previously top-ranked flyweight Tenshin Nasukawa has been dropped from the rankings. The fighter who captured the top spot in the rankings was Masashi Kumura, who bested previously fourth-ranked Shiro Matsumoto at The MATCH 2022. The new second-ranked flyweight is RISE 55-kilogram champion Masahiko Suzuki, who scored a majority decision victory over K-1 super bantamweight tournament winner Akihiro Kaneko. At the same event, Mutsuki Ebata makes his rankings debut with an extra round split decision victory over Riamu Sera in a hotly contested bout.

Dropped from the rankings: Shiro Matsumoto (3)

Japanese blue chip prospect Ryu Hanaoka catapulted up the strawweight rankings with a huge decision win over Kodai Hirayama at RISE 159. The 18-year-old extended his ten-fight winning streak with the victory and also holds kickboxing wins over Issei Ishii, HIROYUKI, and Wisanlek. Second-ranked Kazane scored an extra round unanimous decision nod over former Krush champion Toma Kuroda at The MATCH 2022. Shiro Matsumoto dropped out of the strawweight rankings due to competing at 55-kilograms.

Dropped from the rankings: Masaaki Noiri (10)

Tenshin Nasukawa reclaims the top spot in the pound-for-pound rankings with his victory over Takeru, the single best kickboxing win this decade. Masashi Kumura makes his debut in the top-10 following his decision win over ranked opponent Shiro. Masaaki Noiri drops out of the rankings following his loss to Kaito Ono.

Kana Morimoto scored a beautiful highlight reel head kick knockout against France’s Souris Manfredi at K-1 WORLD GP 2022 JAPAN ～Ring of Venus～ to move up three spots in the rankings. Former top-ranked female kickboxer Jorina Baars makes her return to the rankings with a decision win over Sarah Worsfold to win the Enfusion women’s featherweight title at Enfusion 109. Sarel de Jong continued her seven-fight winning streak with a decision victory over Maria Tsiplostefanaki at Enfusion 109. Thailand’s Phayahong Ayothaya Gym makes her debut in the top-10 following two victories in one night, first against Mio Tsumura in the semifinals and then against Miyu Sugawara in the finals of the one-night tournament to capture the vacant K-1 women’s 45-kilogram title. Previously seventh-ranked Miho Takanashi dropped out of the rankings following her upset loss against Erivan Barut.