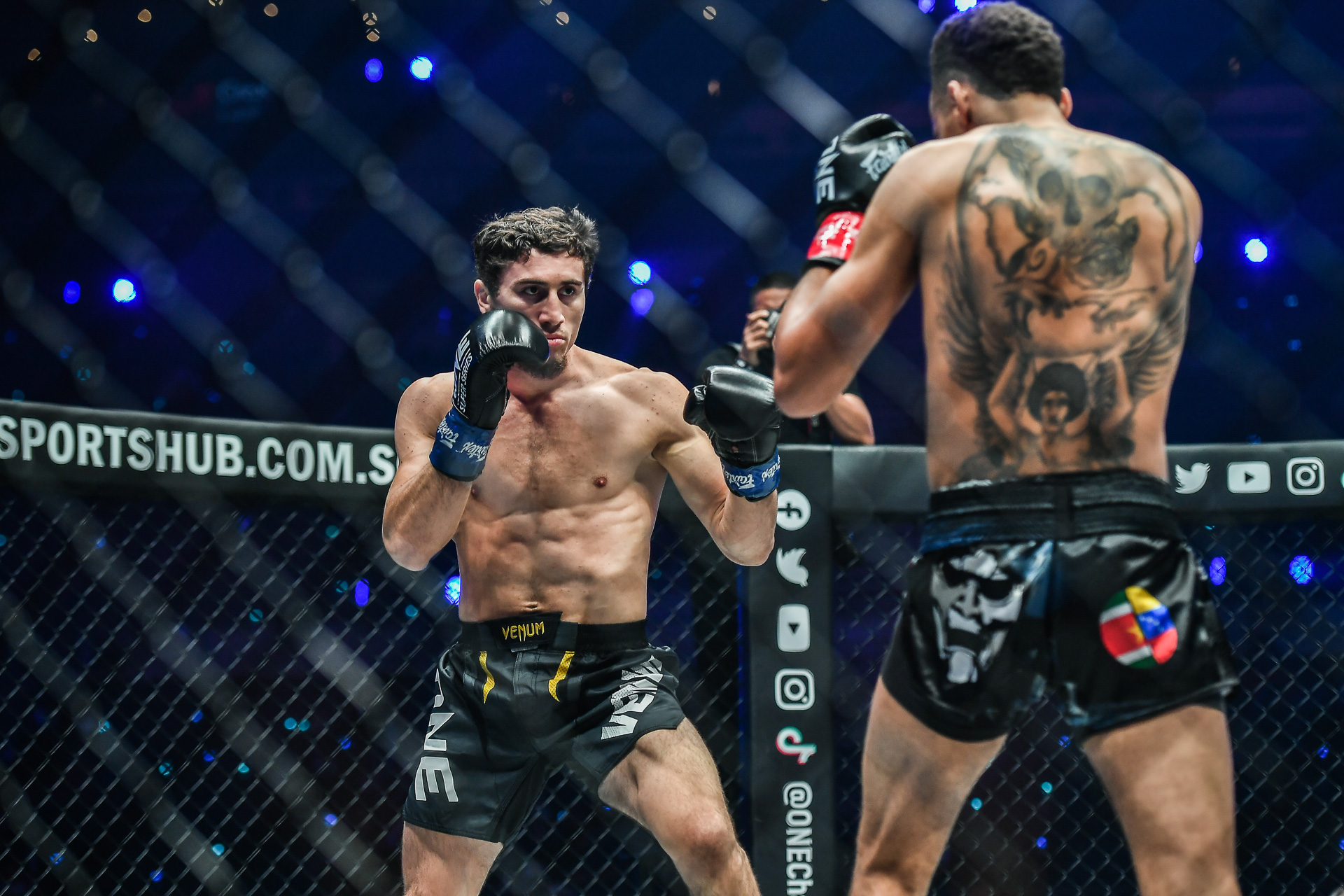 With two title fights and other top-contender battles highlighting the main card of ONE 159: De Ridder vs. Bigdash, there is a lightweight Muay Thai fight headlining the lead card. And, this one could be the fight of the night.

29-year-old Dagestani kickboxer Islam Murtazaev made his ONE Championship debut in Dec. 2021 after racking up a 20-5 record in professional Muay Thai and kickboxing. At one point in his career, from mid-2016 to late-2017, he was on a ten-fight winning streak, all by decision. After breaking that streak with a decision loss, he came back in 2018 with back-to-back knockout victories before his first meeting with Sinsamut Klinmee in Moscow just three years ago.

Thailand’s Sinsamut picked up a split decision over Murtazaev in Jul. 2019, and the two parted ways. After picking up a win in Wu Lin Feng, Murtazaev challenged lightweight king Regian Eersel for his ONE Muay Thai title, but came up short after going to a split decision. He was supposed to fight former GLORY welterweight champ Nieky Holzken for ONE in March, but the Russian fighter was pulled due to Russia’s invasion of Ukraine.

Sinsamut has a path that is a little more difficult to follow. Like many Thai fighters, it is hard to put together an official record, but if history has repeated itself, chances are, he’s fought a lot. He did, however, make his ONE debut in March, when he was the replacement for Murtazaev, and he took on Holzken at ONE X, the promotion’s landmark tenth-anniversary event. Sinsamut ended up knocking out the Dutchman in the second round, putting the other lightweights on notice.

As ONE was putting together their summer line-up, they had to pounce on the opportunity to put these two Muay Thai killers on a collision course. After all, they had already fought once, Murtazaev recently went to a split decision with the seemingly unbeatable divisional champ, and Sinsamut turned heads, stopping one of the greatest kickboxers of all time. This is a match-up that should have striking fans salivating.

Both of these guys are hungry and in their respective primes. Both have a high-output, hard-hitting style, and either one could be the man to eventually upset Eersel. This fight could easily have been on the main card, but fans will get their fix early on in the event, when Murtazaev and Sinsamut headline the lead card of ONE 159.

ONE 159 airs free on Friday, Jul. 22, live from the Singapore Indoor Stadium.