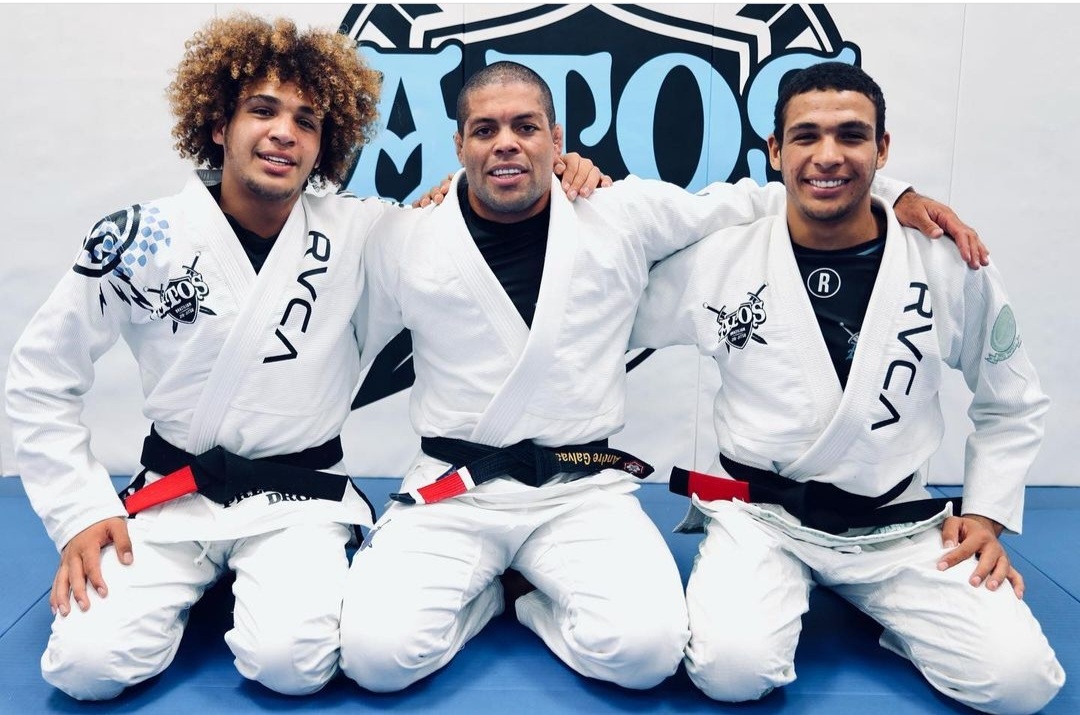 The Ruotolo Brothers Discuss Their Promotional Debuts at ONE 157

ONE Championship has grown its submission grappling roster in recent months, and at ONE 157: Petchmorakot vs. Vienot on Friday, May 20, two more stars will enter the ONE Circle for the first time.

Kade and Tye Ruotolo, two of the brightest rising stars in the world of Brazilian jiu-jitsu, will make their highly anticipated promotional debuts in lightweight submission grappling against two notable opponents, Shinya Aoki and Garry Tonon, respectively. The grappling phenoms have been a dominant force in BJJ for some time, but the path to the global stage wasn’t a straight shot for the 19-year-old twins.

Training since the age of three, the Ruotolos got an early education on the importance of not overtraining and keeping the fun in the gym.

“I think we were probably around 12 or 13 years old, where we, kind of, just got really burnt out on it,” said Kade. “And we almost, kind of, just thought we didn’t really want to do it anymore. And thank God I took a little break, like a two-month break, and went to Costa Rica.”

“That’s when we realized it’s important not to over-train,” added Tye. “You can over-train and then when you’re training in classes, you’re not getting better, you know?

“So, we’d go to Costa Rica and take one month’s vacation there, and we’d come back just so fired up. It was really important for us to find the balance of not overtraining and doing everything else that we love: surfing and skating and fishing.”

Their love of BJJ led the American teens to achieve star status and eventually get a chance to step onto ONE’s global stage. Kade will meet Shinya Aoki, a mixed martial arts legend with dozens of submissions to his credit. “Tobikan Judan’s” style has caught the attention of the Southern California native, who also credits him for his output.

“I know, he’s a bit of a workhorse,” said Kade. “He looks isometrically strong. He’s very preserved and good at keeping a consistent pace and a consistent rhythm in his fights.”

Kade notes the impressive performance Aoki put in against Garry Tonon in ONE’s first-ever submission grappling super-fight in 2017, as a reason to be cautious of the Japanese star’s ground game. Speaking of Tonon, he will square off against Tye – soon after Kade and Aoki do battle on Friday night – in a bout that represents another chapter in the rivalry between Atos Jiu-Jitsu and the now-disbanded Danaher Death Squad. However, fans should not expect much heat or bad blood between the two, especially as there is no personal beef to be settled.

“Well, I think everyone would be lying if they said there’s no rivalry between Atos and DDS,” admitted Tye. “Garry is funny, man. He’s wild like that. And he’s good for the fans, you know. So he’s a funny guy, and I don’t have any ill will or ill feelings towards Garry at all.

“I called him out years ago after I had fought Nicky Ryan, one of the teammates. And it was right when he was doing the conversion to ONE. He started to do all his MMA fights. So, it’s been years, so now we’re finally meeting up. I’m just excited to be able to fight him.”

Both Ruotolos expect exciting matches at ONE 157, and they see it as a step forward for the sport. The brothers hope to exhibit everything BJJ offers, and, ultimately, score finishes against the two grappling legends.

“We’ll probably have a strong wrestling scrap, judo exchanges, with some sort of takedown,” said Kade. “We’ll exchange off the feet. Within one or two minutes of the fight, we’ll definitely be on the ground.

“Shortly after that moment, I think I’m going to find the submission. Whether it’s D’Arce, front headlock choke, or if I get on his leg, or it could be a buggy choke. I think I have a lot of different routes to victory for this match. So it’s hard to pick a specific one. We’ll see what he gives me.”

Tye foresees a longer match against Tonon, but he still predicts the bout to end only one way.

“I think it’s going to be just an absolute scramble festival,” Tye said. “And I think, five minutes to six minutes in, there’s going to be a big change in the match, and I’m going to start to dominate and then break him mentally, get him tired, and then submit him before the 10-minute mark.”

As ONE continues to bolster its submission grappling ranks and bring the sport to the masses, the debut of the Ruotolos will add more fuel to that fire come Friday, May 20.

“It’s such an amazing sport, you know, and ONE does an amazing job of promoting it for what it is,” Tye added. “Like, it’s growing so, so fast, and I’m seeing so many different people getting interested in the sport. And for sure, ONE has kind of a big part to do with that already. I’m just excited for next year, it’s going to be crazy.”