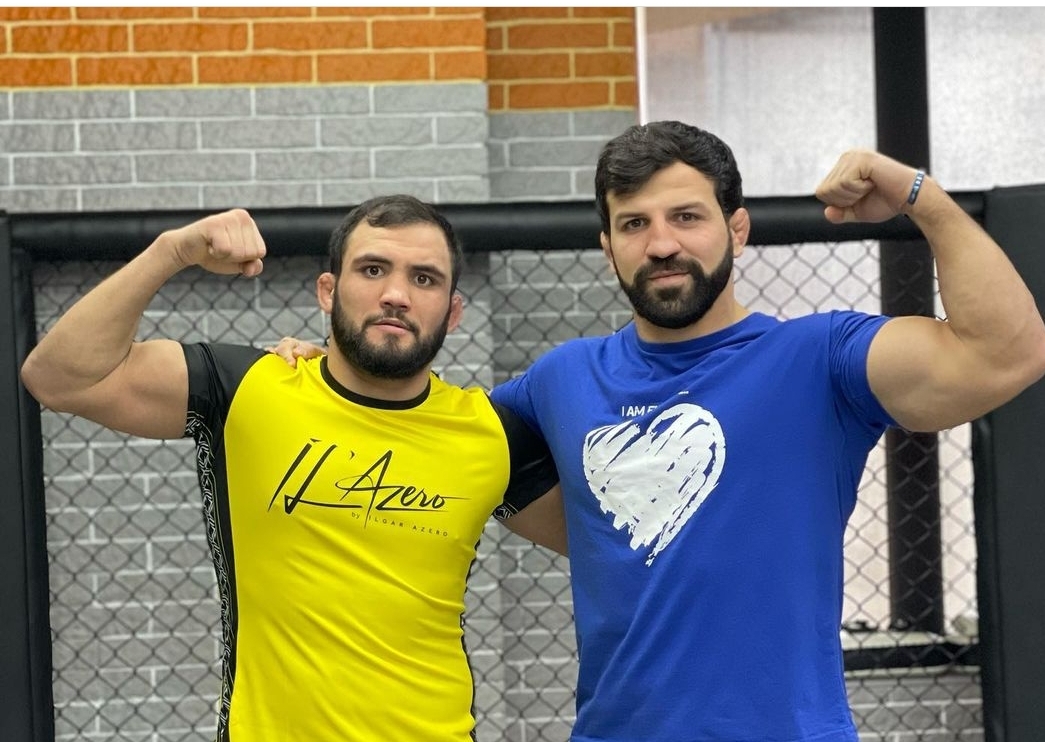 It’s hard to call a 30-fight veteran of MMA a prospect, but Azerbaijanian lightweight Nariman Abbasov is a top lightweight outside the UFC with a strong resume. How he’s not on the UFC roster right now is puzzling, but he should definitely get his shot in 2022.

Abbasov is an absolute animal in the cage, who can put you down on the feet or maul you on the ground. He has a good submission arsenal, as well as the ground-and-pound to compliment it. He’s also proven himself in high-level promotions such as Fight Nights Global. Abbasov went 2-0 in 2021, scoring knockout wins over Shamil Amirov and Shamil Zavurov, the latter of whom is a 47-fight veteran.

Thirty fights into his career and on a 12-fight winning streak? I can’t think of too many guys that are more UFC-ready right now than Abbasov. What’s more impressive is that Abbsov is just 27 years old, so he’s in the prime of his career, and he’s experienced. That’s a winning combination.

Roberto de Souza has made a nice career for himself in Japan, where he has dominated the competition. It appears he is in his prime right now, so I think it would be wise for him to bring his game to the UFC and really test himself against the world’s best lightweights.

“Satoshi” is an excellent Brazilian jiu-jitsu practitioner, owning a black belt. It shows in his fights, as he’s as dangerous a submission fighter that you are going to run into. His 2021 has been dazzling to say the least, running a 3-0 record, with wins coming over Yusuke Yachi, Tofiq Musayev and UFC vet Kazuki Tokudome. All of those wins come by some form of triangle: two by triangle choke and one by triangle armbar.

With a ground game as dangerous as de Souza’s, and the strong resume to boot, the UFC would be crazy if they didn’t try to get this guy on their roster. His grappling is exciting and he could compete with some of the top guys from the get-go.

If you are looking for action, violence and brutal finishes, Rodrigo Lidio is your guy. The Brazilian fighter has shown to be entertaining and skilled at the same time, something that Dana White and company are always looking for.

Lidio is a striker and that’s evident in every fight he has. The kid takes the center of the cage and looks to throw down from the get-go. It makes sense that he’s with Nordeste Jiu-Jitsu, as they serve as a training ground to make the striker even more dangerous. Since his last loss in early 2019, he has rattled off four-straight wins, all of which were by violent knockout. That includes his lone 2021 opponent Arthur Lima, who he knocked out cold in the LFA Brazil event.

Lidio is a tall, long striker at five-foot-eleven, which makes him even more dangerous from the distance he fights at. His violent streak should be something that the UFC brass yearn for, as he’s a guy who could become a cult hero on the UFC roster.

The third Brazilian lightweight on this lightweight list, Jackson Loureiro is another proof that Brazilian MMA is alive and well. The Chute Boxe member may represent an old-school gym, but he represents a new-school set of skills.

Loureiro is a big lightweight, standing at six-feet tall, which also makes him long. That helps in his striking as he can bang from the outside and land with impunity. He really jumped on the scene in 2019, when he knocked out former top prospect Anderson Ferreira with a nasty head kick. His 2021 only sprouted one fight, where he quickly choked out Amauricio Galvao.

Loureiro is 27 years old and looks like a real killer given his professional track record. Had he not have some many recent fights cancelled on him, he may have been busier in 2021. Perhaps a quick fight in 2022 will get him noticed and signed, as we suspect he might.

For the second straight year, Poland’s Mateusz Rebecki continues to be one of the best lightweights outside of the UFC or Bellator. His continued impressiveness warrants an immediate look from the UFC, where he could flourish next to other top Polish stars in the company like Mateusz Gamrot and Joanna Jedrzejczyk.

Rebecki is as nasty as they come and fights in a Polish regional scene which is immensely underrated in terms of talent. His only loss came in 2014, and in his career, Rebecki has scored 13 finishes. He has a great grappling background that he used more in his earlier career. He’s since added some good striking to compliment the grappling, making him an all-around menace. He went 3-0 in 2021, which includes a 15-second knockout of Felipe Maia and a 48-second knockout of Jose Barrios Vargas.

Rebecki is UFC-ready right now. I truly view him as a top lightweight outside of the organization. He’s also a multi-organizational champ, which is another indicator that he’s ready to jump into the deep end.