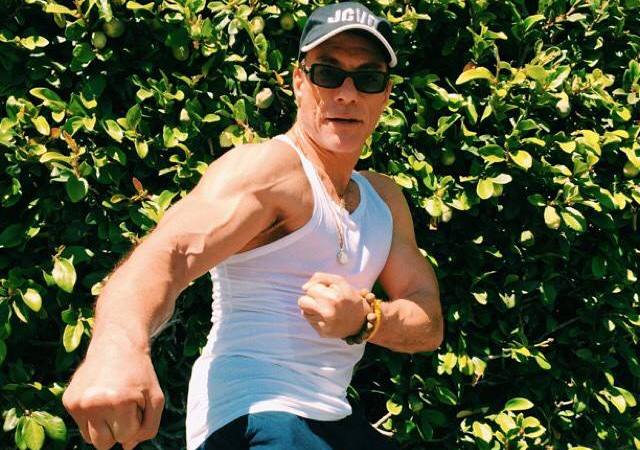 Jean-Claude Van Damme: Action Star Sticks to His Roots in ‘Pound of Flesh’

By paying attention to entertainers of his genre and others, Jean-Claude Van Damme has been able to adapt with the times without abandoning his roots.

Van Damme’s new film, Pound of Flesh, incorporates kicking, punching and maiming, as expected, but the movie also has a plot and twists that add to a captivating storyline. The film showcases typical characteristics of past movies featuring the action star, yet also offers up-to-date martial-arts presentations that jive with today’s fastest growing sport.

Van Damme broke out on the scene not long after his migration to the United States in 1981. The Belgian, after a few minor roles, starred in films such as Bloodsport and Kickboxer, along with many others that went on to become iconic films. Van Damme, being a martial artist, observed how times changed over the years. Until UFC 1, nobody could conclude which combat sport was the most effective. Now, with the UFC as a global phenomenon, Van Damme and director Ernie Barbarash made sure to present fight scenes that appeal to fans of MMA without neglecting traditional martial arts.

“It’s good to have a mix of everything,” Van Damme told Combat Press. “What’s the most important? MMA. You see the wide shot and you have all those cuts, so you can’t accelerate the process of the fight. When you do all the kicking and the stuff like that, you can shoot wide so it looks wide and very elegant and powerful.

“When you do all the MMA stuff, it’s all good techniques, claws, hands-to-hand combat, so in that movie we combine everything.”

When you watch a film starring Van Damme, you know what you’re in for — a high output of punches, kicks, knees, elbows and what UFC welterweight Nick Diaz would call, “spinning shit.” The Lionheart actor appears to be displaying a ballet of violence when on screen.

He has admitted he does his own fight scenes and some stunts. The martial arts techniques, along with the flips, rolls and dives the viewer sees Van Damme execute are all performed by the star himself.

After decades of performing the task, Van Damme is well versed in understanding how a fight sequence should appear to viewers. He is at the forefront of the screen when the final product is released, but he is not one to take all the credit for the completion of a scene.

“We have John Salvitti, who came all the way from L.A. to help [on Pound of Flesh],” Van Damme said. “Mike Leader is also a great guy who helped a friend and me in Hong Kong. I want to mention those names because they’re cool people. And all the stunt people who came in, they were great, and all the actors. Everything was great.”

Van Damme’s knowledge of martial arts, whether practicing or observing, coupled with his ability to do his own stunts and act, has allowed him to continue making movies he is typecast for over the past 30 years. More importantly, the actor examines fellow entertainers within the same time period and learns from them, which is partially a reason he remains significant.

“It’s something important,” Van Damme admitted. “Madonna, who is a big star, she changed her style. So basically, people love stories. Like Ernie, like I. But some of the audience — a big part of the audience — likes to see the fight as real as the movie so it can go together.”

There is another person Van Damme admires. This person has a big audience, for various reasons, and rose to stardom around the same time as the Walloon. “Judo” Gene Lebell doesn’t think too fondly of this man, but the man’s knowledge has been sought out by the likes of former UFC middleweight champion Anderson Silva (we think, anyway). However, this man’s acting abilities and martial arts techniques gave Van Damme competition on the screen, and that was a challenge the Pound of Flesh actor appreciated. It gave him a style to compare to, compete against and learn from. Of course, the man in question is actor Steven Seagal.

“Fighting and inventing or creating new techniques, it’s like Steven Seagal, when he came out with Above the Law. He was kind of new with hapkido,” Van Damme said. “It was great. I like his style. It was very different than my style at the time. So, if you can combine those two styles, plus a new one coming soon, it’s going to be very dangerous.”