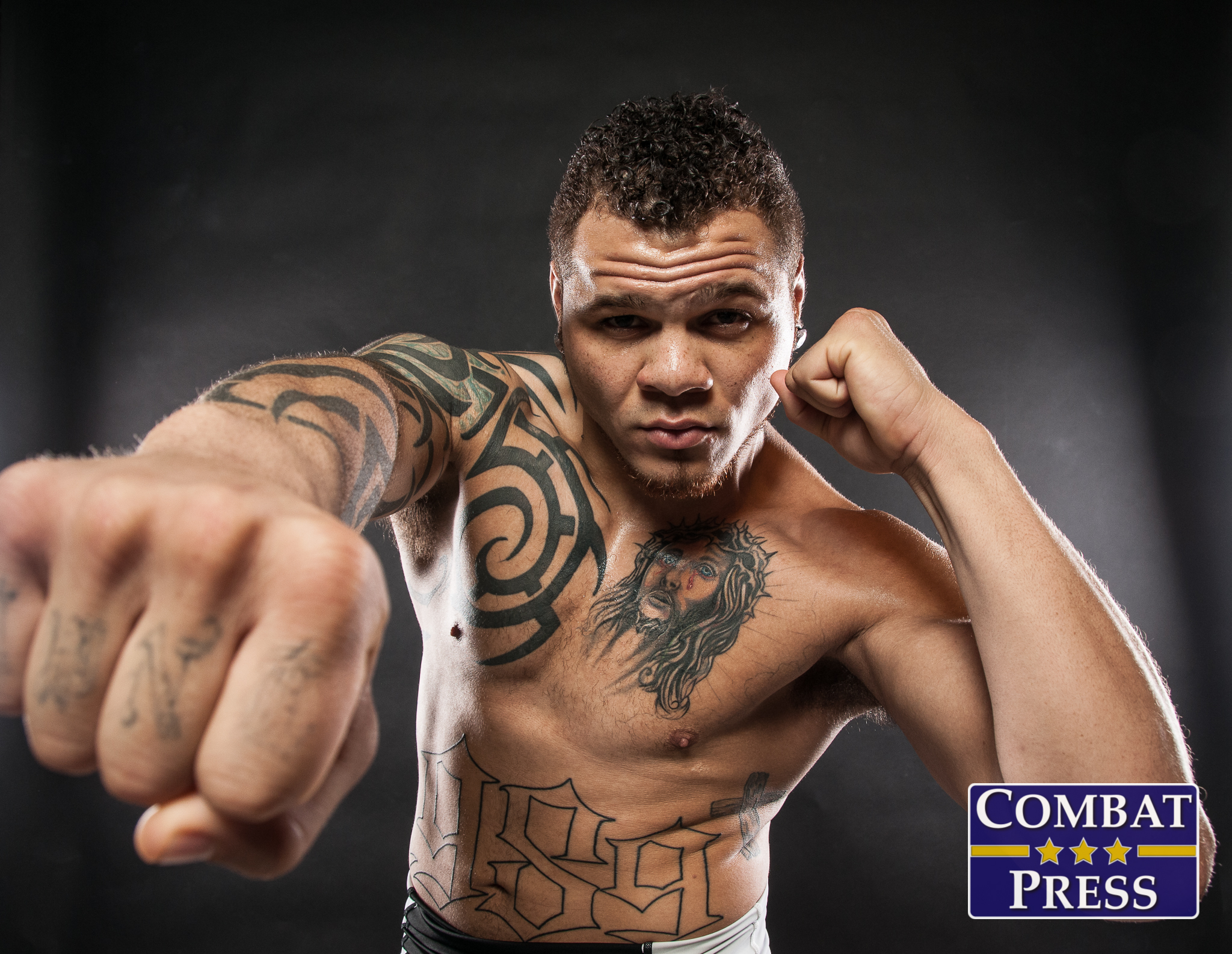 Comedian Bill Burr has a funny bit he does about getting punched in the face. He says, “It’s good for you. I know, it hurts, you can’t feel your nose, your ears are ringing, but it clears your head and causes you to evaluate yourself.”

Anybody who has ever caught one in the grille knows that this is a pretty spot-on description. Getting socked in the nose does provide some mental clarity, and it’s nearly impossible to avoid stepping back and saying, “What could I have done to prevent that?”

Obviously, any mixed martial artist knows this feeling firsthand. However, too often, fighters get into a winning streak where they feel like they can do no wrong. It’s a false sense of invincibility. No matter how many times they get caught in any given fight, as long as they get the W, they just keep pressing forward, business as usual. Sometimes, it takes getting blasted to realize that there are some things that need to be fixed.

The truth is, any good coach should be telling his fighters that there will always, without a doubt, be somebody out there who is bigger, stronger, faster, smarter or better prepared. The best thing any fighter can do is accept that reality and prepare to win anyway.

Last October, Marcus “Bad Intentions“ Edwards was on the second notable winning streak of his young professional career. The 25-year-old was 8-2 in just 28 months and was ready to extend his four-fight streak. At Maximum Fighting Championship 41, he walked into the cage to face another rising star in late-replacement Canadian Shane Campbell. Both men are finishers, but Campbell had been to decision more often. Edwards was confident that he would take the win. Unfortunately, within 30 seconds of the second round, Edwards went down by a nasty TKO to suffer the first stoppage loss of his career. Reality set in quickly.

“The biggest learning experience was more of a mental than a physical thing,” Edwards told Combat Press. “I came away with a better understanding of myself, and not making dumb decisions. Sometimes, fighters get hung up on the money aspect and just want to make some money, so you take a fight when you shouldn’t take it — you know, fight injured or whatever it may be. I just need to be smart and take the right fights at the right time. I have a problem, because I accept every fight, whether I’m healthy or not, or can make a tough weight cut. I just learned that if I can’t take a fight, just say no.”

Edwards is a talented, explosive fighter. However, as with anyone on a significant winning streak, he was getting that mentality in his head that no matter what the situation was, he was not going to be beat. That lowering of the mental guard caused him to ignore the fact that he was suffering from some knee issues. From there, he suffered a pretty nasty injury that put him on the sidelines.

“It was a partial tear of the meniscus and the MCL was torn,” Edwards explained. “Before I could do anything at the gym, I was down for about three months, just doing nothing but rehab.

“I’ve been at Steadman Hawkins with Loren Landow, just getting my knee better and getting back to 100 percent. I didn’t want to lose any time, because I knew that coming off that loss and my injury, that I needed to get back up on my high horse and get healthy soon, so I did everything I could to get healthy as fast as possible. ”

So, after MFC 41, not only was Edwards out, but he couldn’t even train. This was a very difficult time, but, as of January, he is back in the saddle. The memories of sitting on the bench will serve as a constant reminder of the fact that his explosiveness needs to be teamed with intelligence as an athlete.

“It’s hard for me to go to the gym and not do anything,” the California native admitted. “Going to the gym and watching guys training was very frustrating. It was hard, and I was irritated. Guys would make me mad if I saw them in there, not pushing. Getting back in was good. Once you have a knee injury, it’s weird. You think you’re okay, then you’re not okay, and it plays with your mind. Getting back in there and feeling good, that insecurity about my knee went away. I’ve been taking advantage of every second of the day since I’ve been back at 100 percent.”

Edwards trains at Factory X Muay Thai in Englewood, Colo., under the tutelage of Kru Marc Montoya. The team has grown rapidly in the last couple years with guys like Jon Madsen, Dustin Jacoby and Cortez Coleman recently joining the already stacked crew.

“We’ve had a couple new guys come in,” Edwards explained. “Brian Foster’s been here a good two to three months, so that’s been good for me. We’ve had a few guys come out for the UFC, so training’s been going great.”

Now that Edwards is back in the saddle, he’s ready to unleash his bad intentions once again. This time, he should have a much better mindset, too. On Friday night, he will be making his Titan Fighting Championship debut as he enters that cage at the Brookley Aeroplex in Mobile, Ala., to face Adam Nijem at Titan FC 33.

“Honestly, I don’t know too much about him, other than that his brother [Ramsey] fights in the UFC,” Edwards admitted. “I know he’s undefeated and pretty tough. Chris Camozzi knows his older brother, and I got to speak to him about that. He’s a tough guy, and I’m going in there and treating him like he’s the best fighter in the world. I’m going to bring my A-game.”

Nijem is a little different fighter than his older brother. He has a very well-rounded background, wrestling since he was a young child and boxing since high school. His current record is 2-0 as a professional, but between pro and amateur, he has five stoppage victories. Nijem is a hungry up-and-comer, but there is definitely not as much tape on him.

“I’m not too sure what his style is,” said Edwards. “I heard that he may be more of a ground guy, which is fine with me. Stylistically, I don’t see any fighter bringing something that would be hard for me to overcome in a fight. It’s more about just getting in the fight and feeling the person out, going after their strengths and making them work.”

Edwards is already showing signs of maturity. In the past, it was rare to hear him discuss any type of strategy. He would just expect to go in the cage and walk right through his opponents. The feeling out process was not really part of the game plan. This time is different. That blast to the face brought home some real clarity. The biggest winners of this transformation will be the fans.

“People can expect to see a totally different ‘Bad Intentions.’ Still exciting, still powerful, still explosive, but a little bit more organized,” Edwards elaborated. “You just have to watch. I feel like I had a big learning curve with this last fight, and my training is 100 percent different now. Training at Steadman Hawkins with Loren, training with Marc, we’ve changed some things up. I think everyone can see a new fighter. I’m going to go out there, execute my game plan and get the job done.”

Bill Burr was right. Sometimes, a guy needs to take one on the chin to really step back and evaluate his situation. It may not be the ideal eye-opener, but it definitely works. Now that Edwards is healed up and ready to get back to work, the world should see a much more polished fighter as he enters the cage on Friday night.

Edwards would like to thank all of his coaches and training partners at Factory X, Loren Landow, and all of his family and friends. He would also like to thank his sponsors: Moe’s BBQ, Enseco Energy, Robusto Room and Noble Savage. Follow Marcus on Twitter: @BadIntentions91
Advertisement