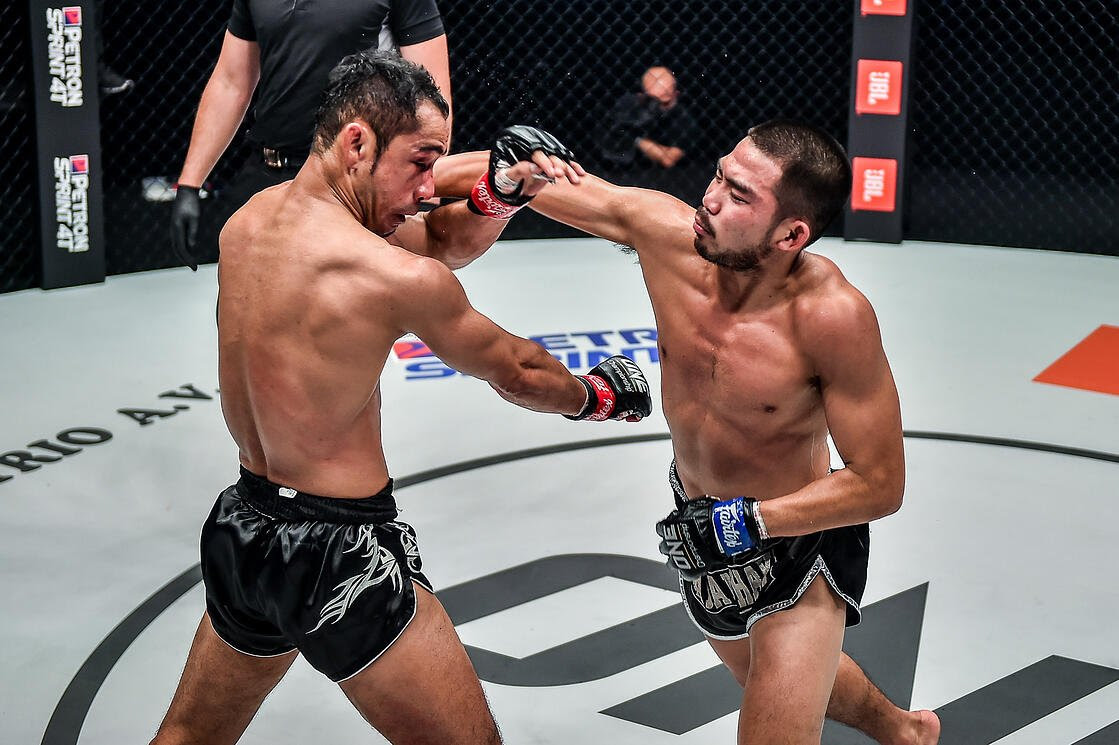 It’s not secret that the main focus of this week’s ONE Championship card is kickboxing. ONE 157: Petchmorakot vs. Vienot features ten kickboxing bouts, with eight taking place under Muay Thai rules and two under Dutch-style kickboxing rules. While the main event is set to be a battle for the ONE featherweight Muay Thai title, the co-main event will also feature a title contest.

In Jul. 2021, Prajanchai PK.Saenchai picked up the ONE strawweight Muay Thai strap when he defeated Sam-A Gaiyanghadao by a majority decision. The now-former champ was the original titleholder, after winning the inaugural belt in Feb. 2020, and once defending it in Oct. 2020. It was a great honor for Prajanchai to win over his fellow countryman, who is 11 years his elder. However, the new champ has yet to defend his title. And, as the old adage goes, you aren’t really a champ until you’ve defended your title.

Italy’s Jospeh Lasiri has been on the pro Muay Thai circuit since Sep. 2011. He holds a handful of WBC, WMO and WMF world championships. He joined the ranks of ONE back in Jan. 2018, but he got off to a bit of a rocky start with four losses in a row. Since then, he has bounced back, winning three of five, and he knocked out Japan’s Asahi Shinagawa in only 2 minutes last December to earn a shot at the title.

Both Prajanchai and Lasiri are veterans of the game. However, as with most Thai fighters, Prajanchai has way more fights than Lasiri. He frequented the Lumpinee and Rajadamnern Stadiums dozens and dozens of times over the 12 years spanning Dec. 2008 to Dec. 2020. He added one more win in Mar. 2021, before capturing the title in his ONE debut. Lasiri will have a slight size advantage, but Prajanchai has a ridiculous amount of experience for a 27-year-od.

The ONE 157 co-main event is set to be a spectacular affair. Lasiri is no stranger to the ONE Circle, and he will be coming hard for that belt. However, Prajanchai is no walk in the park. He is battle-tested, young, and has no intention of giving up the championship this early in his ONE career. Regardless of who walks away with the strap, the fans are sure to win when these two killers hit the cage.