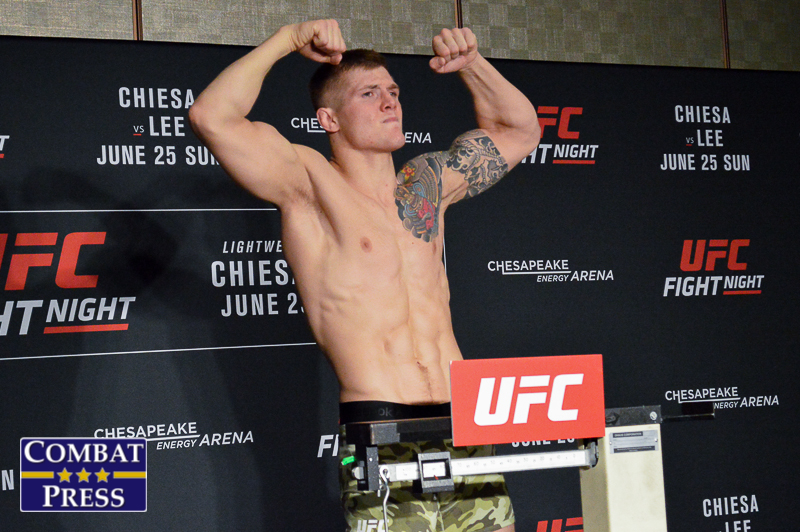 “He wins, but does not convince.”

This expression is used in the Italian journalistic lexicon to comment on a team or an athlete’s winning performance. The meaning is that there is no doubt the team or the athlete deserved to win, but, in short, the doubts lie in the quality of the performance and the future of the team or athlete.

This expression certainly applies to Marvin Vettori’s victory over Kevin Holland on Saturday night in the main event of UFC on ABC 2. A large portion of the Italian press and, obviously, the nation’s MMA fans are proud enthusiasts for Vettori, but not all. Some coaches and bloggers have noted some criticism for the fighter.

Daniele Perfigli, editor of fightingzone.it/ wrote on Facebook: “We, the italian MMA fans, are proud and happy for the Vettori’s win on Holland, and I’m happy too. But honestly, I didn’t see a ‘super Marvin.’ He did a good job. He won [while] avoiding too much risks. At the same time, he too was not very satisfied in the post-fight interview for not finishing Holland. But first of all, he showed some problems in his striking. Fortunately, the American has a well-known problem in the takedown defense, so Vettori was able to throw him down 11 times, a record, probably also because Holland wasn’t in top shape [after] having fought five rounds three weeks before.”

He added: “Marvin’s ground control looked more oriented to just control the opponent and not to search [for] a finish by ground-and-pound or a submission. That’s why, in the international social media and forums, many fans described the fight as ‘boring.’ This is not good for the hype of the fighter, especially [after] such a face-off before the bout. In truth, the foreign fans have seen a replay of Holland vs. Brunson, a fight with a lack of action. Last Saturday, Vettori took advantage also of his [superior] strength and weight — he usually does a very strong weight cut — but [it will not] be the same with other top fighters in the UFC middleweight division.”

Francesco La Fauci of Storm Fighters TV commented: “In the first round, Holland started very aggressive[ly] striking [with] Vettori. In my opinion, the stanza could have been in favor of the American. In the other four rounds, the game plan of our fellow countryman was all about wrestling: takedowns and ground control — a good choice, because we know Holland is very lacking in the takedowns defense, so Marvin dominated the other four rounds.”

La Fauci added: “[It’s] an unmistakable victory, but we have to admit that, in the striking, the American did better work, hitting Vettori several times, also in the last round. In my opinion, Marvin showed deficiencies in his striking. Now, he wants the title shot with Israel Adesanya, but I believe Robert Whittaker will defeat Kelvin Gastelum this Saturday and then will face Adesanya for the belt. In my opinion, this is better for Vettori, so he will have more time to work on [what] his striking lacks. Adesanya is the best striker in the division and, unlike Holland, has a good takedown defense.”

The better striking of Holland is confirmed by the stats. The American landed more significant strikes, 37 to Vettori’s 24:

Then there are their measurements:

The champ’s measurements are very similar to Holland, but then there’s the difference in takedown defense. The American has a 47 percent success rate in stopping the takedown, whereas the champion checks in at 82 percent.

Last, but not least, Adesanya has already defeated some good wrestlers, including Whittaker, Gastelum and Derek Brunson.