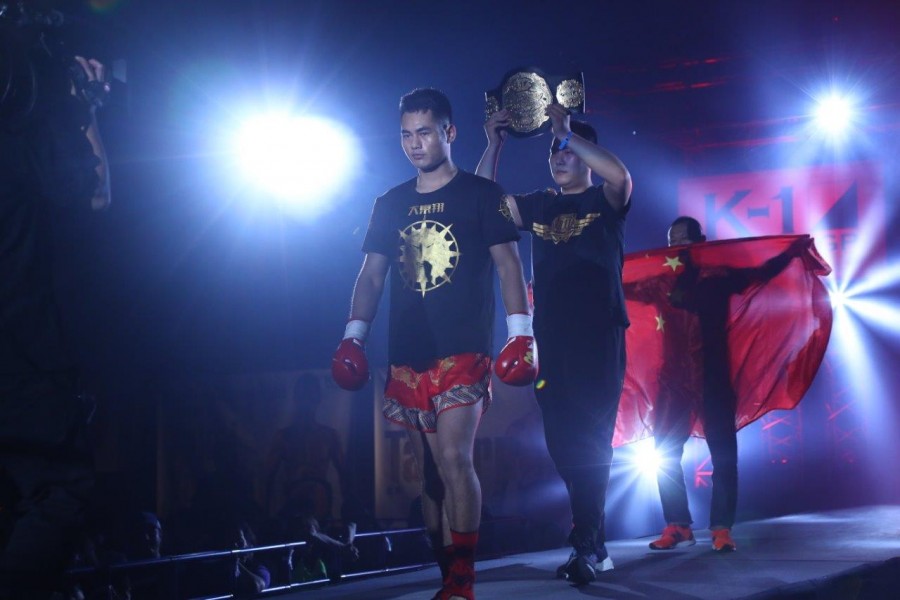 There is really only one correct choice for this award, despite a few select fighters in Japan and China who were able to compete four or more times in 2020 despite the COVID-19 pandemic.

Japan’s Kazuki Osaki and Kento Haraguchi, as well as China’s Ouyang Feng, were able to win all five of their respective contests during the past year. Osaki claimed the RISE 53-kilogram title and scored two top-10 victories. Haraguchi won the RISE 63-kilogram strap, earned a victory over former K-1 champion Taiga, and added another top-10 win. Feng won the Wu Lin Feng 70-kilogram King’s Super Cup and earned victories over strong domestic talent on his path to an undefeated record. Other competitors, like Tenshin Nasukawa, Leona Pettas, Minoru Kimura, Shiro, Meng Goudong, and Daizo Sasaki, were all unblemished in their 2020 campaigns as well, with four victories apiece.

The man who sits atop the list this year, however, is none other than former K-1 and Glory of Heroes champion and current Wu Lin Feng titleholder Wei Rui, who had seven victories across two weight divisions.

The 29-year-old Rui kicked off his year with a second-round knockout over Italy’s Domenico Lomurno in the first few days of 2020 at Glory of Heroes 45.

The world’s former top-ranked bantamweight moved up in weight to compete in the Wu Lin Feng King’s Super Cup round-robin tournament. He scored victories during the round-robin against current WLF 65-kilogram titleholder Wang Pengfei and top-10 opponents Jia Aoqi and Liu Xiangming. In the King’s Super Cup Final, Rui went back down in weight and scored a decision victory against 63-kilogram tournament winner Jin Ying.

In between his tournament bouts, Rui also picked up a victory over Zhao Chuanlin at Huya Kung Fu Carnival 2 to give him six victories on the year.

Rui capped off his 2020 campaign with a “Knockout of the Year” candidate against Emei Legend champion Thodkhui MR.Manas. This highlight-reel finish put Rui at seven wins for the year and gave him his 10th consecutive victory. It also extended his unbeaten run to 14 fights.