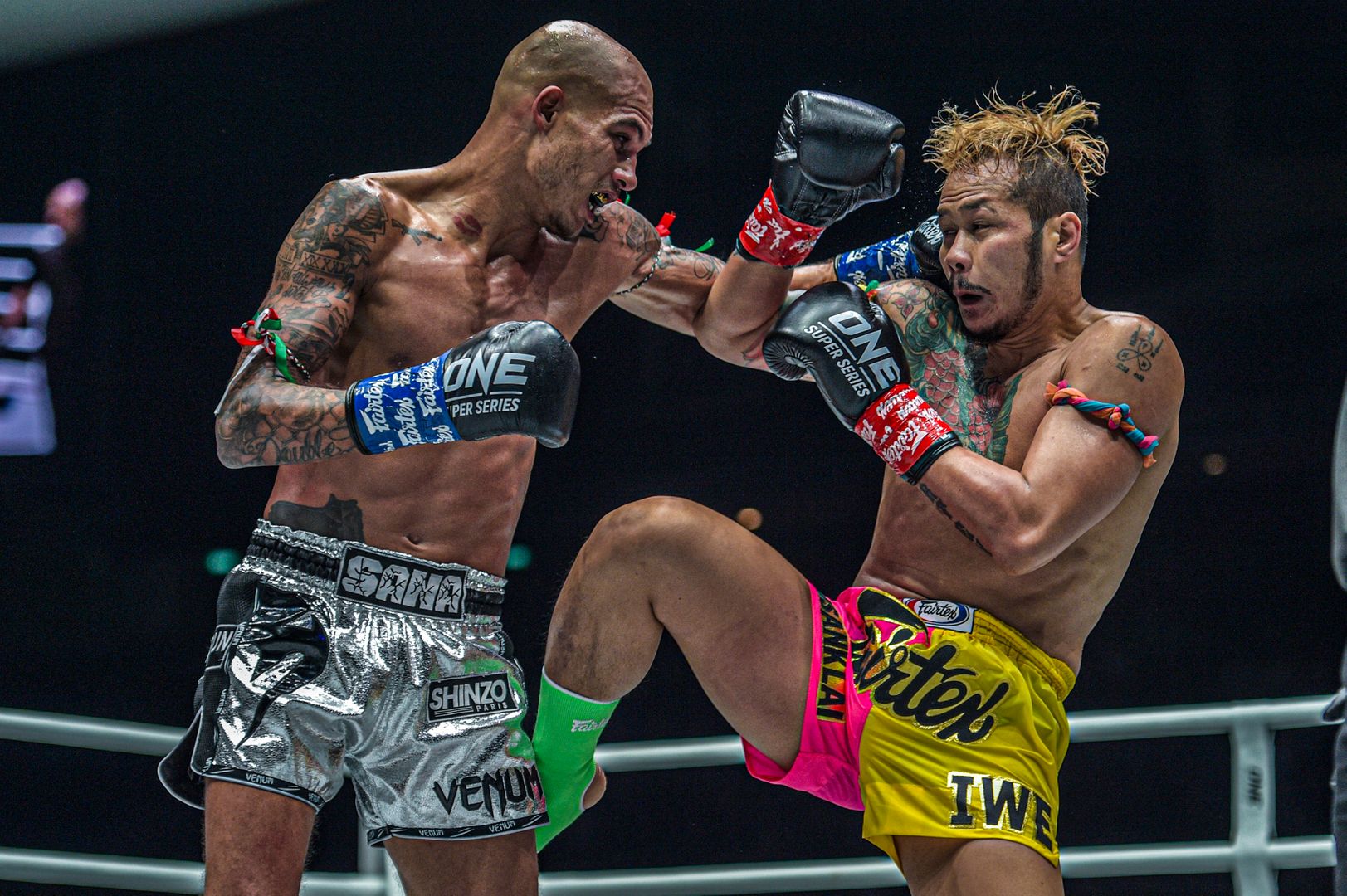 Marvin Gaye released a music track in 1966 that proclaimed that there “Ain’t No Mountain High Enough,” but nothing in life can top what Jamal Yusupov did in 2019 when he defeated Yodsanklai Fairtex with two consecutive knockdowns in the second round. Yodsanklai got up immediately on the first one, but he was unable to beat the standing-eight count the second time around following a five-punch combination from the Russian lightweight. The loss to Yusupov was Yodsanklai’s first defeat by knockout in 15 years.

The win put Yusupov on the map. It was a nice feather in his cap, even though he was already a six-time world champion in Muay Thai and kickboxing. In the aftermath, he was booked by ONE Championship matchmakers to fight Petchmorakot Petchyindee Academy for the Muay Thai lightweight title. However, Yusupov had to withdraw due to an undisclosed injury. As a result, his first ONE Championship fight of the calendar year will be on the promotion’s last event of 2020, ONE Championship: Collision Course II, which takes place on Christmas Day.

Yusupov goes up against Samy Sana, who won the WBC championship in 2016 and the ISKA championship a year later. Sana has spent the majority of his career in France. Since arriving to ONE Championship’s doorstep in 2018, his 3-3 record doesn’t seem impressive at all until one realizes that he also defeated Yodsanklai one fight before Yusupov did, albeit by unanimous decision in the quarterfinals of the 2019 Kickboxing Featherweight Grand Prix. Sana moved on to the tourney final, where he ultimately lost to Giorgio Petrosyan.

In the lead-up to Friday’s headlining bout, Sana was documented on the promotion’s press release stating he was unimpressed by the feat and that the only reason why Yusupov pulled off one of the biggest upsets in combat-sports history was because Sana softened up Yodsanklai first. Now, Yusupov has a chip on his shoulder to prove that he isn’t a fluke.

ONE Championship: Collision Course II is an early morning Christmas present for fight fans. It begins at 7:30 a.m. ET on Friday, Dec. 25. American viewers can find the entire show for free on B/R Live, while international fans can view the six-bout card that boasts fighters representing nine different countries on the ONE app.

Featherweights Jamal Yusupov and Samy Sana clash in the evening’s headliner. How will this fight play out?

Sana will either be the winner by decision or get the knockout finish in the first round.

After Sana fell short of his goal of winning a featherweight title, he most assuredly wants to get a huge statement win over Yusupov to get back into the title conversation. Yusupov is currently ranked by ONE as No. 2 in the division behind Thailand’s Superbon.
One of Sana’s signature moves is a counter right hand after catching an opponent’s leg kick. He did this in a fight against Martin Meoni at S47S two months ago, which served as the last time the cameras were on to record a Yusupov fixture. Whether it is because the fight just started or because of his conditioning, Sana always seems to possess the most power and danger in the first round. His long legs help keep his opponents out of striking distance, and his light feet will be very useful in allowing him to dispatch Yusupov. The heavy hands Sana has always keep his opponent honest, too.

Will Momotaro return to the win column when he takes on Walter Goncalves in the night’s other Muay Thai affair?

Momotaro made a big adjustment immediately after his unanimous-decision loss to Lerdsila Chumpairtour at ONE Championship: Roots of Honor in April 2019. He learned to be unpredictable in his movement and attacking patterns. This is exactly what we saw in his fight against Singtongnoi Por Telakun five months later, as his execution of deception led to a first-round TKO finish just 40 seconds into the bout. He faked a lead jab from the southpaw position and threw a spinning back fist from the opposite direction that caught Singtongnoi off guard. However, the flaw in the aforementioned brawl with Lerdsila that reared its ugly head was the Oguni Gym fighter’s slower reaction time and the inability to make decisions on the fly.

While Momotaro has proven that he’s able to hang with the best of the best, Goncalves is just on another level. When facing a fighter of Goncalves’ caliber, Momotaro’s indecision will end the fight before it even starts. Combine that with Goncalves’ invaluable skill of mesmerizing head movement that makes him worthy to be called the Floyd Mayweather of Muay Thai, and there is no wonder why he fought for the flyweight title in his debut for ONE against Rodtang Jitmuangnon, the current champion who has successfully defended his title three times. Goncalves’ elusiveness allowed him to slip Jitmuangnon’s shots before unleashing a punch combo while vacating the danger of having his back against the cage. He made so many of his opponent’s punches eat air that Rodtang was visibly frustrated and complained to the ref mid-fight that he’s not interested in trading an eye for eye.

Momotaro will not win this fight. Instead, he will pick up his second consecutive loss at the hands of Goncalves.

Which one of the MMA fighters on this card will turn the most heads?

It seems that people often forget how good fighters are and gravitate more to their failures than their successes. After losing three fights in a row, including two by way of stoppage, Amir Khan has been getting that exact treatment from people.

This is the wrong formula to possess when gauging the potential, ability and skill of a fighter. Many forget that even though Khan is not currently on a winning-heavy diet, he is more than capable of constructing impressive winning streaks where he showcases his dominance. Not only is the best yet to come for the 26-year-old as his career progresses, but he has a great chance at gaining momentum with a win over Dae Sung Park on Friday.

Park’s track record as a southpaw fighter and overreliance on wrestling gives Khan a huge edge via his striking and strength. Kim does a really good job during fights of maintaining leverage with his head positioning and body posturing in the clinch, as demonstrated against Kota Shimoishi at Road FC 40 in 2017. However, Khan can neutralize this by keeping the fight in the center of the cage. Kim likes to use the fence as leverage when grappling. If he can’t stick to this game plan, he could struggle.