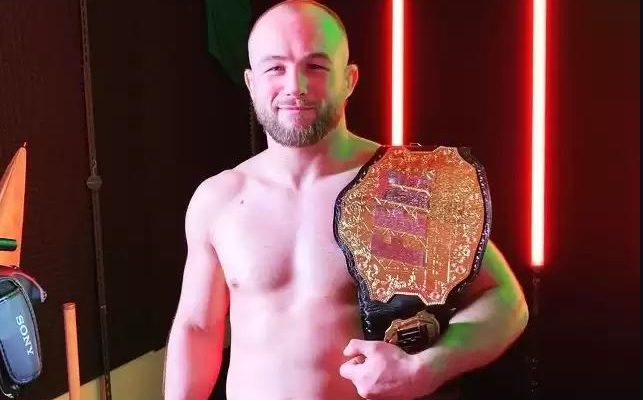 For the second straight year, Mexico’s Garcia makes this list. He continues to be a top lightweight target from outside of the major three MMA promotions. The undefeated 155-pounder has been dominant throughout his career, and he continues to get better from fight to fight.

The 26-year-old is physically imposing. He has a muscular frame and great power. Garcia is known for his solid takedowns and grappling. He will grind out his opponent, but he is also a threat to finish. He owns submissions and ground-and-pound TKO victories. In 2020, Garcia fought just once, but it was an impressive showing over UFC veteran Humberto Bandenay. Garcia also owns a victory over UFC vet Estevan Payan.

Garcia has been under contract with Combate Americas, which has mostly been unwilling to let its fighters walk to the UFC. However, Combate has not been operating during the pandemic, so it should allow Garcia to go and make the most of his opportunity. There are plenty of competitive and winnable fights for him in the UFC.

It was a huge year for the American. Moore went from nobody to somebody very quickly. It’s easy to do when you go from fighting on undercards for the Legacy Fighting Alliance to winning a main event against a UFC veteran. Moore’s stock has skyrocketed and made him an enticing prospect.

Moore is a submission artist with a strong takedown game. Most of his victories have come as a result of his grappling. He owns five wins by submission. His go-to move is the rear-naked choke, and he is extremely effective from the back. He fought just once in 2020, but the Texan was able to score an upset with a unanimous-decision victory over UFC veteran Joe Giannetti. This has put Moore in prime position to challenge for the LFA belt.

Moore, 26, is getting close to his prime, so it’s time to strike while the iron is hot. He has not lost since 2018. Moore is riding a six-fight winning streak in that time and has looked quite good. He has to be on the UFC’s radar right now.

Musayev’s year was one of inactivity, but it wasn’t because of the pandemic or injuries, though COVID-19 might not have helped his case. Musayev was called upon for military service as a result of the deadly conflict between his home country of Azerbaijan and neighboring Armenia. Despite his detour onto the battlefield, Musayev is still a top lightweight up-and-comer who will garner the UFC’s interest once he returns to action.

Musayev is a savage in the cage. He is extremely aggressive, powerful and skilled wherever the fight goes. His resume is beyond impressive. He’s on a 14-fight winning streak that includes high-profile wins over Bellator contender Patricky “Pitbull” Freire, as well as UFC veterans Johnny Case, Damien Brown and Daron Cruickshank.

Hopefully, the conflict between Armenia and Azerbaijan ends soon, as it’s a sad, serious situation affecting the lives of many. Its conclusion will also allow Musayev to return to the fight game, where he is on a crash course with great success under a top company.

In what is likely the biggest dark-horse pick in this series, Poland’s Rębecki is worthy of more recognition than he gets in the MMA community. The 12-1 lightweight has been an absolute terror in the European regional circuit, where he has racked up some big wins. An argument can be made that he is indeed a top-five lightweight prospect outside of the major organizations.

Rębecki reps Berserker’s Team, a criminally underrated camp in Poland that churns out top-level fighters left and right. He is very well rounded, possessing good wrestling, boxing and jiu-jitsu. He started his career out as a submission ace, but recently has used his hands and elbows to score stoppages. Rębecki has not lost since 2014. His last four opponents held a combined mark of 92-23-3. He’s clearly been fighting legit competitors, including Fabiano Silva, Magomed Magomedov (albeit, not the Bellator fighter), Kaik Brito and Daguir Imavov.

The FEN lightweight champ is more than capable inside the cage. He would be a tough out for many on the UFC roster.

One of the biggest snubs on the Contender Series in 2020 came at the expense of this 23-year-old prodigy from Canada. Not only did Romero perform well and win his fight, but he’s a young guy that clearly has a big future at the top level of the sport. The UFC should right its previous wrong and get Romero on board.

Romero’s background is striking. He’s a black belt in taekwondo and competed on the Canadian National Team. He’s tall and long for the weight class, which certainly helps him strike from range. In 2020, he scored three wins. After knocking out Jake Miller, he dominated Mike Breeden on the Contender Series and added a decision in the LFA over veteran Zach Juusola.

Romero clearly has the talent and fights in an exciting manner, which is why it’s shocking that the UFC passed on him. The Para-Bellum MMA rep is obviously still looking to get into the UFC, as he now fights for its biggest feeder, the LFA. The UFC would be insane to continue to pass on Romero.