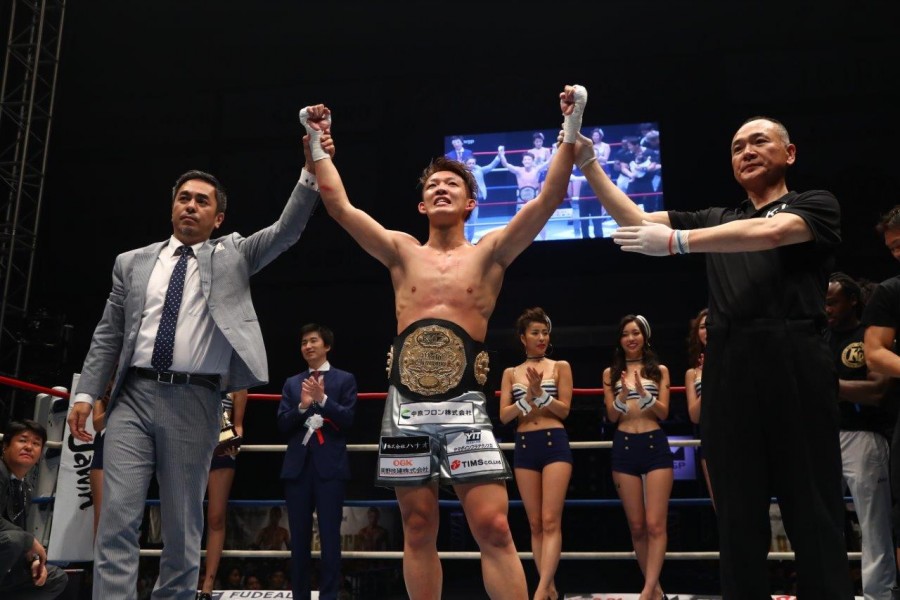 Masaaki Noiri, one of the top featherweights in the Combat Press Kickboxing Rankings, is set to return to K-1 on Nov. 3. Noiri takes on Brazil’s Vitor Toffanelli.

The longtime K-1 vet is working on strengthening his case to make a run at the vacant K-1 welterweight (67.5-kilogram) title and believes a tournament is on the horizon.

Noiri knows that while his past accomplishments are great, and even though he is on a three-fight winning streak, there is no room for error going into his next K-1 fight. A loss could be detrimental to the theoretical tournament coming his way.

“Welterweight is currently vacant, so I think a belted tournament will be held soon,” Noiri told Combat Press. “You have to be selected as that member, and if you lose this time, you may be removed. I think that I am the most promising candidate for the title battle now.”

Times may be crazy, but training has been good for Noiri.

“This time I have been training with an awareness of defeating the opponent,” he said. “I was able to do a fulfilling training.”.

Noiri isn’t worried about what his opponent brings to the table. In the kickboxing game, it is all about being in your best form for every fight, and Noiri has spent plenty of time doing that.

“I am not particularly conscious of his game,” the decorated kickboxer admitted. “This time, I have focused on improving my skills.”

The Japanese are dominating the kickboxing scene. They appear in the Combat Press pound-for-pound rankings, and they can be found throughout the separate divisional rankings as well.

“I wonder if there is a strong hostility towards overseas players,” pondered Noiri. “After all, I don’t want to lose in the fight. I have lost because of the flashiness and the best quality of training facilities.”

From the sarama in Muay Thai, to “Face the Pain” at the beginning of UFC events, music and fighting go hand in hand. Music is an important part of most people’s lives, too. Noiri has two modes for his music. First, during the walkout, he must be able to be put in the moment of the fight. The rest of the time, he is out to enjoy whatever he is doing.

“My walkout song is to listen and imagine the fight,” he explained. “The rest is my favorite song to relax, depending on the mood at that time.”

The pinnacle of sport is the Olympic games. Kickboxing is not a part of these games yet. However, with the recent addition of karate for 2021, Noiri is optimistic about the future of the sport in tandem with the Olympics.

“I think it’s better to want kickboxing to become more major than that,” he said.

Fans can see Noiri compete at the K-1 World GP 2020 in Fukuoka, Japan, on Nov. 3. He’ll attempt to extend his winning streak to four and make his claim at a spot for the title.

This feature is a guest contribution to Combat Press from Blaine Henry, the man behind combat-sports blog The Fight Library. Henry covers every major sport from kickboxing to MMA, wrestling, sambo and more. Follow Blaine on Twitter for more shenanigans: @BlaineHenryTFL
Advertisement