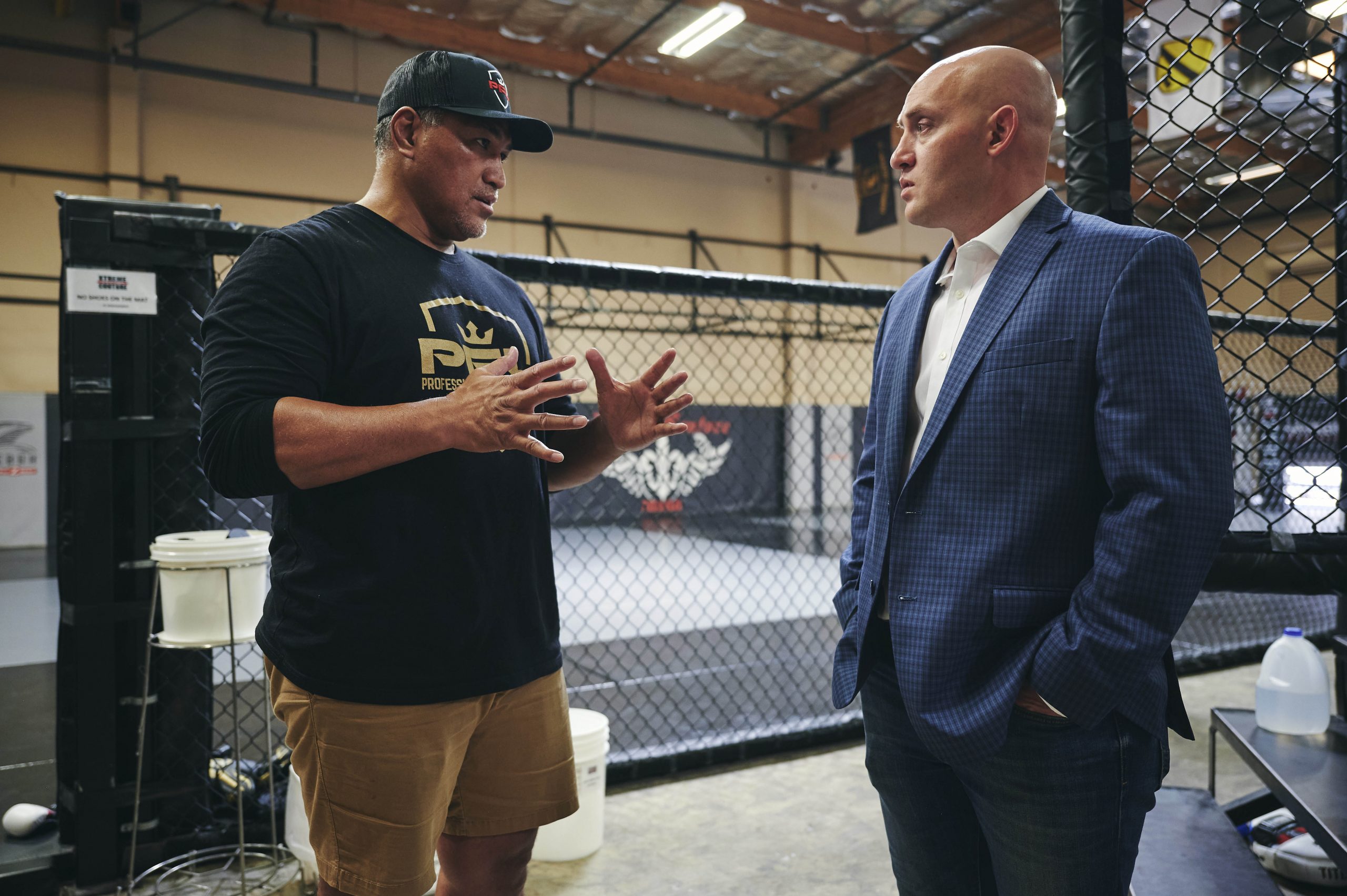 PFL’s Loren Mack: ‘There’s Never Been a Real Competitor to the UFC Until PFL’

After 15 years as a sports-media executive with the world’s leading MMA promotions, Loren Mack was ready to lay down his proverbial fight gloves and exit the cage for a new life in the corporate world of hedge funds or health care.

However, a cursory phone call that was supposed to last only five minutes changed his mind, and once again it was due to MMA.

Mack, 38, was named last week as vice president of corporate communications for the Professional Fighters League. It was one of three major announcements in recent days by the Las Vegas-based league as it prepares for the 2021 season and embarks on a global expansion, with hopes to ultimately take on the UFC for global supremacy.

A native of New York, Mack started his career with UFC, developing its public-relations strategy and helping to expand its marketing events and partnerships. He spent most of the last decade as a public-relations and communications executive with Singapore-based ONE Championship, helping drive its publicity to heights not seen before in Asian combat sports.

Mack said in an interview with Combat Press that he had been scheduled to speak by phone with PFL co-founder Donn Davis for five minutes last month about a possible position, but he didn’t think too much into it. They ended up speaking for an hour, and afterwards Mack said he couldn’t resist the challenge and opportunities presented by the PFL, which bills itself at the most innovative and fastest-growing MMA league in the world.

“I’d been doing it for 15 years and had offers from other sectors of the economy,” he said. “What I saw was an incredible team, led by the best executives in sports.”

The PFL has a unique league format, with regular season, playoffs and championship events, and uses the latest technology and platforms to provide maximum fan viewership via U.S. and international television deals, as well as online platforms.

“There’s never been a real competitor to the UFC until PFL,” Mack said. “The reason being is they’ve been able to differentiate themselves through a league format, and in just a short period of time they landed a huge distribution deal with ESPN.”

Another key selling point for Mack was the PFL’s plan to expand internationally, in particular to the exploding MMA market in Asia, where he lived for more than a decade.

“Obviously, COVID put a hold on a few things, but PFL are looking to increase their international exposure with events. I believe that Asian athletes are looking to compete on a global stage, and they haven’t been given an opportunity as they should,” he said.

“A lot of countries are interested in hosting the championship finals, but I can see the PFL doing [domestic] leagues in the Philippines, in China, [and] in Indonesia,” he added.

On Tuesday, the PFL announced an international broadcast partnership agreement with Telesport Group of Russia, where the league held a qualifier event in the city of Ekaterinburg.

“As we continue to grow, innovate and re-imagine MMA, we have placed an emphasis on engaging fans all year long through impactful storytelling and unprecedented access to the sport, our fighters, and the action inside the cage,” said Peter Murray, the PFL’s chief executive officer, in a statement. “As the app continues to evolve, this will especially be a destination for international fans outside the U.S.”

The PFL will in 2021 continue to expand the use of SmartCage technology, which gives viewers real-time fighter performance data and analytics such as strike speed and power, and the company is working on new products, including kick speed, glove technology, and referee cams.

After so long in the sports-media business, including years of working and traveling around the world and then finally back home for MMA, Mack is attuned to the changing landscape of the sport.

“I think MMA is a growing sport, and other sports are having problems. The PFL, with its league format, differentiates itself, and the sport needs that,” he said.

“You need to go out into the mainstream. The NBA, NHL, NFL have league formats, and MMA doesn’t. There’s a lot of confusion, and PFL clears that up,” Mack added. “It also has the recipe for international success. I think they’re going to dominate in whatever international market they’re in.”