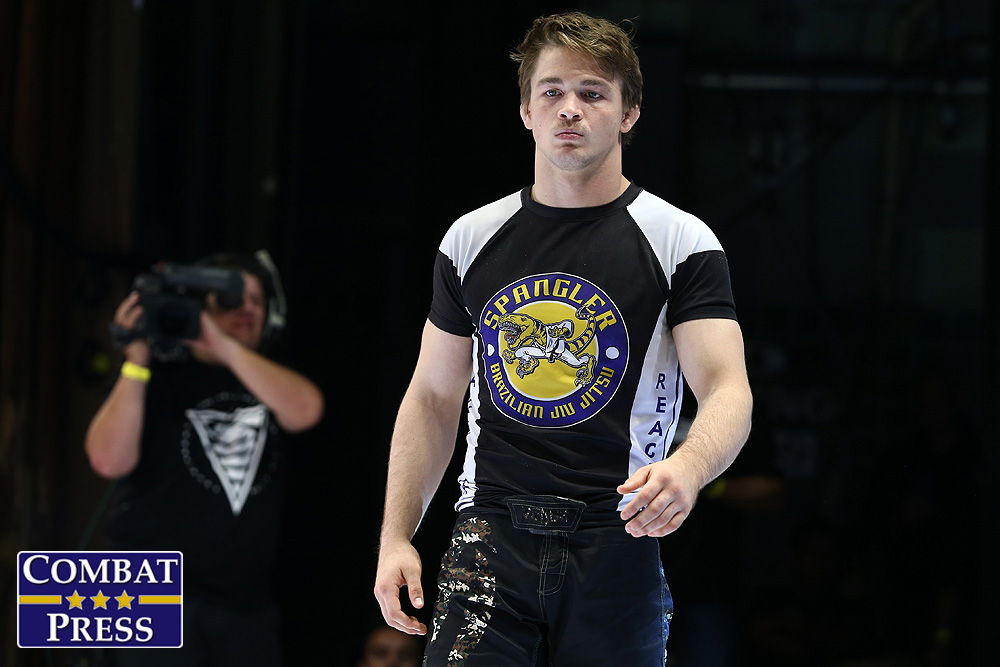 Let’s examine the lightweight division, a weight class that is loaded with talent and is constantly pushing new guys toward the top of the division.

Mexico is still developing as an MMA nation, but thanks to promotions like Combate Americas, more Latin American fighters are gaining exposure. One of those fighters is 25-year-old Rafa Garcia, who has run up an 11-0 record and looked impressive along the way.

Garcia is a good ground fighter. He has strong wrestling and an impressive submission arsenal, which is surprising considering Mexico is more known for their strikers than their grapplers. He’s built like a spark plug, though. At 5-foot-7, he’s short for a lightweight and has a short reach. However, he’s quite powerful, especially from his legs when he explodes into takedowns. The Team Punisher fighter made waves in 2019, scoring wins over the likes of UFC veteran Estevan Payan, Erick Gonzalez and Edgar Escarrega.

The UFC is always interested in Mexican talent, as it’s a big market for combat sports. So, guys like Garcia should be a top priority. He’s certainly got the skill and resume to warrant a signing from the world’s largest MMA promotion.

The United Kingdom has a surprising amount of MMA talent given the size of the island nation. One of the top prospects currently coming from “The Kingdom” is Jai Herbert, who has quickly jumped onto the radar of MMA scouts.

Herbert is a big lightweight at 6-foot-1 and has long limbs, which makes him a good distance fighter. He is known for his striking, which has led to most of his wins. That said, he trains with Team Renegade BJJ to keep his ground game up to speed, making him a good all-around fighter. He went 3-0 in 2019. He opened the year by kneeing and punching Steve O’Keefe into oblivion, earning him a Cage Warriors title shot. In the title bout, he knocked out Jack Grant. He then defended the belt against UFC veteran Cain Carrizosa with another knockout finish. The only one of those fighters to make it out of the first round was Grant.

Herbert is 31 years old, so he’s not the youngest prospect on this list. However, he’s clearly ready for the UFC. The Brit could help fill out many of the UFC’s European cards. He’s an exciting finisher who is getting better from fight to fight. That should get UFC President Dana White’s attention.

Welsh fighters have recently been featured more in MMA promotions in the United Kingdom with some success. So far, the crown jewel has been Brett Johns, with Jack Shore right behind him. Mason Jones is looking to follow in Johns’ footsteps and possibly overtake both Johns and Shore as the face of Welsh MMA. The undefeated 24-year-old appears to have a bright future.

Jones runs his ground game at Pedro Bessa BJJ, so clearly he’s a good grappler. Three of his wins have come by way of submission. He also has outstanding ground-and-pound technique, as seen in two of his wins. He fights a lot like both Johns and Shore, using good wrestling, control and grappling to dominate opponents. This was on display in 2019 in convincing nods over Aleksi Mantykivi and Donovan Desmae. These wins should have definitely put him on the UFC radar.

The 5-foot-10 lightweight has the natural tools and skills to hang with the big boys, but he should be brought into the UFC slowly. He’s one of the handful of guys from the U.K. isles that has a chance to be part of the next generation of MMA leaders for England, Wales and Scotland. He’s already wildly popular in his home country, as well as in other British territories. The UFC is in Europe enough to justify bringing Jones in as soon as possible.

Max Rohskopf may be just 4-0 in his career, but he has the potential to be a future contender and a possible champion. The guy has improved so quickly at just the age of 25. Take into account his background, age, coaching staff, and his track record thus far, and we could be looking at a future star.

The Xtreme Couture product wrestled at North Carolina State and was a highly decorated collegiate amateur. Under the tutelage of Brazilian Jiu-Jitsu legend Robert Drysdale, Rohskopf has quickly become a guy to watch in the BJJ world, even competing at the 2019 ADCC North American trials. He obviously has a world-class ground game.

Rohskopf has excellent takedowns, ground control, and submission ability. All of this was on display on a larger stage this year in the Final Fight Championship organization. Under the FFC banner, Rohskopf went 3-0 in 2019, scoring two rear-naked choke victories and a twister-like submission.

Rohskopf really could be the next big thing. His ground game is too good, his athleticism too much, and his improvements too quick. The UFC should snap him up immediately.

Not long ago, Natan Schulte was washing dishes to make ends meet and take care of his family. Now, the Brazilian is a multiple-time Professional Fighters League season winner, which has netted him $1 million each time he’s won. This makes him a highly sought-after commodity and clearly a top lightweight prospect in the world.

The American Top Team fighter has not lost since 2017. Schulte went on an absolute tear with the PFL. He’s 9-0-1 with the company while taking on some very tough competition en route to his two season titles. He owns wins over Ramsey Nijem, Jesse Ronson, Rashid Magomedov, Jason High and Chris Wade (twice), all of whom are UFC veterans. Schulte is a well-rounded, tough individual, but it’s his submission game that has been so dangerous in the PFL cage.

Schulte is likely to stick around for another shot at $1 million with the PFL. However, he’s outgrown the company and is ready for bigger challenges. The UFC has the money to lure him in. The company can start putting him in big fights in an attempt to perhaps build another title contender. Schulte knows how to win, and he’s the type of guy the UFC needs.