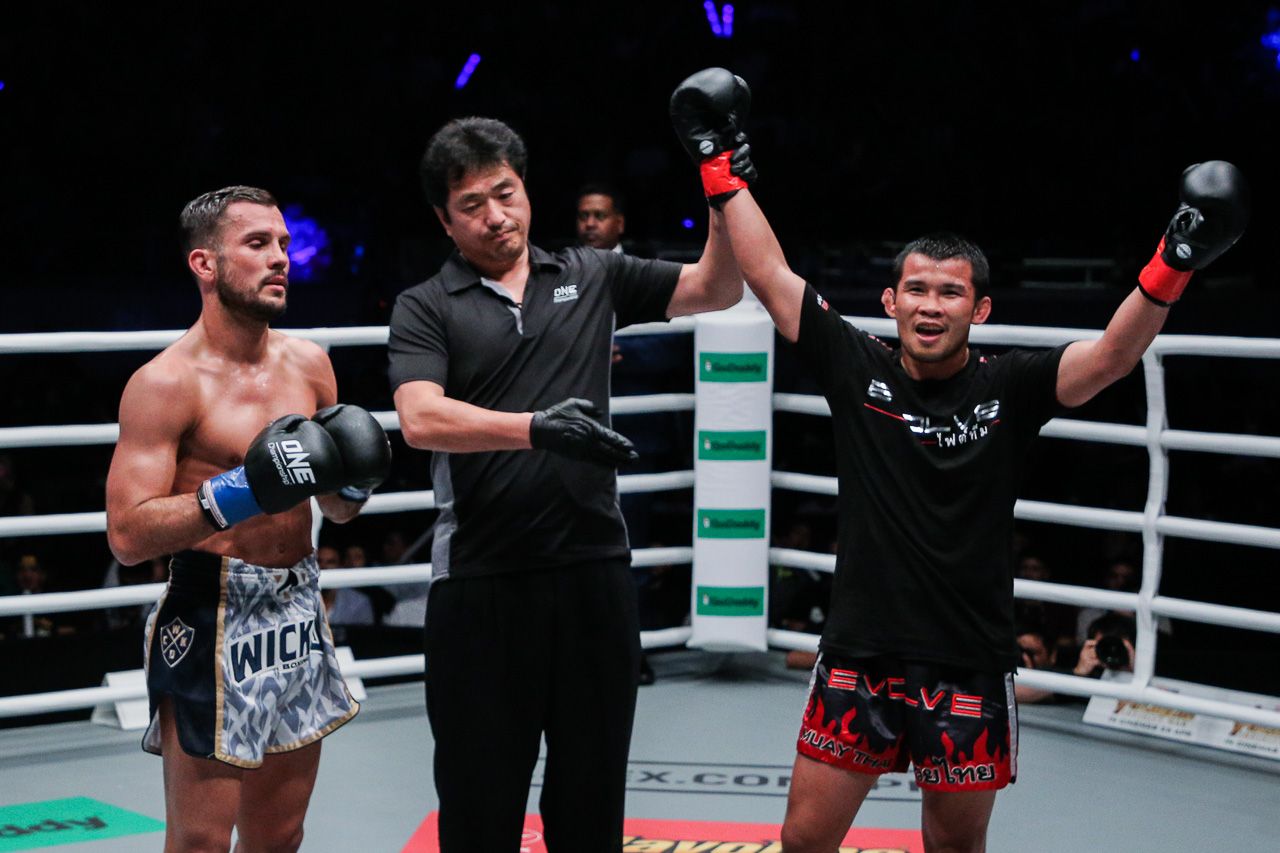 ONE Championship crowned its second ever Muay Thai champion on Saturday, Feb. 16, when the promotion returned to the Impact Arena in Bangkok, Thailand, for ONE Championship: Clash of Legends.

The ONE Super Series bantamweight world title was up for grabs between former Rajadamnern and Lumpinee stadium champion Nong-O Gaiyanghadao and rising Chinese prospect Han Zi Hao, who was the first fighter in the promotion’s history to reach three wins. Nong-O was slated to be one part in the inaugural championship bout after back-to-back victories over Frenchmen Fabio Pinca and Mehdi Zatout in his return.