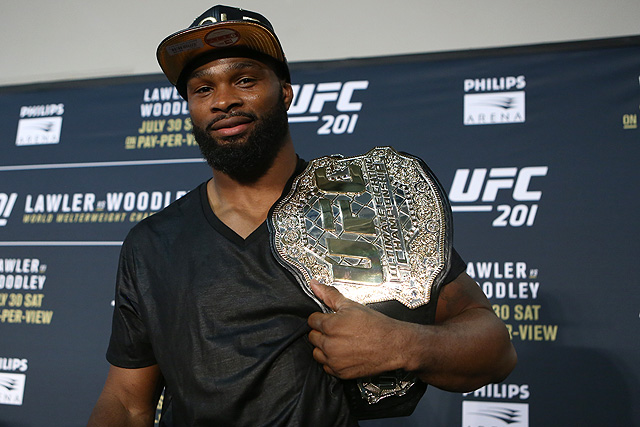 On Saturday, Sept. 8, the UFC returned to the American Airlines Center in Dallas for UFC 228: Woodley vs. Till.

In the night’s main event, UFC welterweight champion Tyron Woodley put his belt on the line against Liverpool native Darren Till. Woodley had been out of action for over a year, most recently defeating Demian Maia at UFC 214 last July. Till was most recently in the cage in his native England, edging former title challenger Stephen Thompson in May to earn his shot at the belt.

Gold was also supposed to be on the line in the co-main event as women’s flyweight champion Nicco Montaño was slated to defend her belt for the first time against former bantamweight No. 1 contender Valentina Shevchenko. That fell through, however, as Montaño was hospitalized during her weight cut and the bout with Shevchenko was pulled from the card.