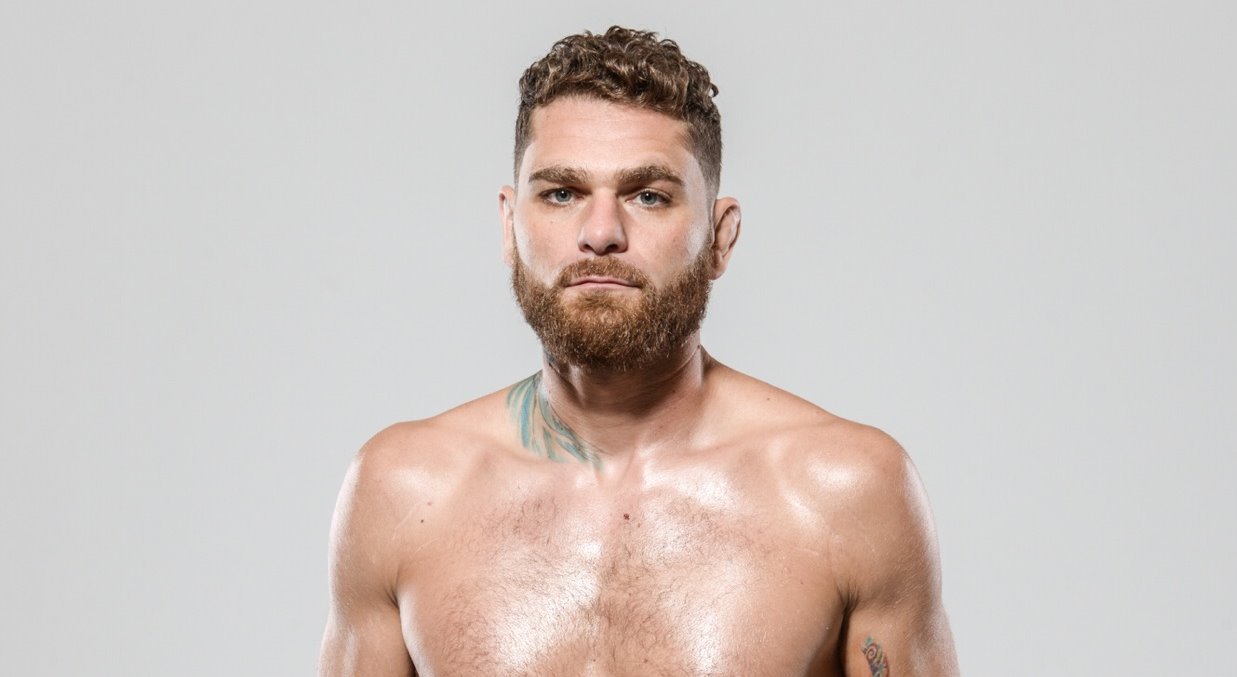 In a saying often misattributed to Albert Einstein, insanity is “doing the same thing over and over again and expecting different results.” It’s a life lesson that can be applied in almost any situation we are presented with and carries a much simpler message: something must change.

Change is what drives us to thrive and better ourselves each day. It also challenges us when we have become complacent. Almost always, change will breed results, whether it is for someone seeking a new position within their company or a mixed martial artist deciding to change camps in an effort to focus on their flaws and weaknesses.

It’s becoming more and more common for fighters to bounce between gyms to improve their overall game. Every now and then, the move isn’t just to a new gym, though. Sometimes, it’s to an entirely different sport. This was the case for Vince McGuinness.

McGuinness made his debut as a professional mixed martial artist in July 2012. Over the next five years, he took part in 12 MMA fights and one kickboxing bout. He amassed a disappointing MMA record of 5-7, but he was only finished once. Meanwhile, he won his lone kickboxing outing. It was time for change.

“I turned 30 this year, and I’ve been on a skid in MMA, and I just wanted to make a point to win a world title before I retired in some sport — some combat sport,” McGuinness told Combat Press. “[Kickboxing] just seemed to me the quickest, most efficient route to that. I love kickboxing the most. In Tampa, [Fla.], you get caught up in the MMA scene, where that’s just what everyone is doing, and take part in the culture there. But I’ve always been way more in love with and way more passionate about kickboxing. So, when this opportunity presented itself, I just jumped on it.”

In recent memory, there are other high-profile individuals who have moved on to other competitive sport avenues, such as Ronda Rousey, Brock Lesnar, Bobby Lashley and Phil “CM Punk” Brooks, even though the latter’s MMA tenure was less than impressive. It’s much harder to list more than a handful of fighters who made the successful transition from MMA to kickboxing, rather than the other way around. There are a few, though, including Alistair Overeem, Dustin Jacoby and, most recently, Chris Camozzi, who also fights on Friday night.

“At one point and time, MMA was the most impressive combat sport,” said McGuinness. “If you were the best at kickboxing or the best at boxing, well, that was great. You were the best at that ‘thing.’ But you really weren’t the best fighter in the world. So, I think that’s the other thing that drew me to MMA. It just meant a little bit more. But, for sure, my love and my passion is with kickboxing. This is the biggest fight of my life coming up, and it couldn’t have happened at a better time.

“I never stopped believing. I was still having fun and still enjoying training. It’s not like I was getting smoked or getting beat up or finished, you know what I mean? My last fight was my first [loss] ever and the first time I ever got finished. So, it was hard for me looking back, ’cause I still felt good and was still in the gym and training hard.”

GLORY 56 comes just one week after UFC 227, where T.J. Dillashaw retained his bantamweight championship with a first-round decimation of his rival Cody Garbrandt. It was a big weekend for McGuinness, who not only trains under the same coach — Duane Ludwig — but also runs Bang Muay Thai in Tampa. McGuinness was in Colorado this week preparing for his upcoming fight, so he was able to share in the excitement.

“That was amazing, to be able to see T.J. at the pinnacle of the sport and doing so well,” said McGuinness. “It was cool to be a part of that. It was cool to be out here in Denver with all the ninjas training with him and watching him together, where everyone’s all on the same page and as excited as I am. This week in Colorado has been awesome. Training at the Academy — just the energy having a UFC belt right there on the front counter every time you walk in — has just been amazing.

“Duane is just on cloud nine right now, so it’s cool to be around, and he’s in a great place. He’s going over details of what T.J. did. And when you take classes out here, it’s hard to explain to other strikers in Tampa the difference, and they just have to come out and see it. The altitude and the push during class, cardio and technique — it’s just on another level. It’s been awesome to finish my camp up here.”

The tutelage and guidance of Ludwig is hard to deny. The times are changing when it comes to prominent MMA gyms. For years, American Top Team, Jackson-Winkeljohn, American Kickboxing Academy and Team Alpha Male were the names to know. Currently, only AKA (Daniel Cormier and Khabib Nurmagomedov) and ATT (Amanda Nunes) have champions inside the UFC. Alpha Male tried for years to capture UFC gold, but it wasn’t until Dillashaw started training with Ludwig that he was able to do what had eluded the team for years. Ludwig’s knowledge of the sport is vast, and it seems he has plenty of tools in his arsenal to create more champions. McGuinness could be that next champion.

“It’s just amazing knowing him and having him set this whole thing up,” McGuinness said. “He gets 100 percent of the credit.”

McGuiness takes on Lorawnt-T Nelson, a fellow MMA fighter who recently made the transition to kickboxing. Nelson comes into Friday night undefeated at 5-0. Nelson had hit a skid in his MMA career and decided to make the foray from the cage to the ring.

“I haven’t really seen him kickbox, and, to me, it doesn’t really seem like he has the natural aptitude that I have,” said McGuinness. “I was surprised that he was 5-0, but he fought three times in one night, so he was kind of able to get his record up pretty quickly.

“He’s just a grinder. He’s coming forward. He’s tough [and] gritty, and he’s gonna be in my face. I think that makes for a good match-up, and I’ll be able to get some shots off. And I feel like he’s the kind of athlete that I’ve fought multiple times in MMA, but they just haven’t wanted to strike with me. They’ve been trying to take me down, and it’s nice that he doesn’t have that option.”

With any fighter competing in the Mile High City, the talk of elevation comes into the conversation. McGuinness is making the trip from the sea level of Florida to the mountain heights of Denver. This significant change in elevations has been a recipe for disaster in the past for fighters. The most recent example was when Cain Velasquez underestimated the elevation in Mexico and was defeated by Fabricio Werdum.

“I think it won’t play a factor too much,” McGuinness stated with confidence. “I feel pretty good out here. I’ve been out here a bunch, so that’s certainly been helpful. I’ve had teammates come out here with me who are in the same shape as I am, and they’ve kinda felt the altitude where I haven’t. I don’t know if that’s part of my diet or [if] I have superhuman red blood cells.

“I’ve always felt good coming out here, and I wanted to make sure I got out here ahead of time so that if there [were] any problems, I could get over it fast. I made sure that early on I got some good, hard workouts in, so that my lungs got used to that. The other thing is that I’m going from 15 minutes to nine minutes in a sport that just comes so easily to me. I don’t think I’ll feel much of a cardio strain in there.”

The timing is perfect for this GLORY card. The UFC is taking a break this weekend, and fans can focus on getting to know new faces and some familiar ones. McGuinness and Nelson take part in one of two lightweight bouts on the card, with Justin Houghton and Troy Sheridan appearing in the other.

The insanity is over. Now, it’s time for McGuinness to do what comes naturally. It’s time to fight.