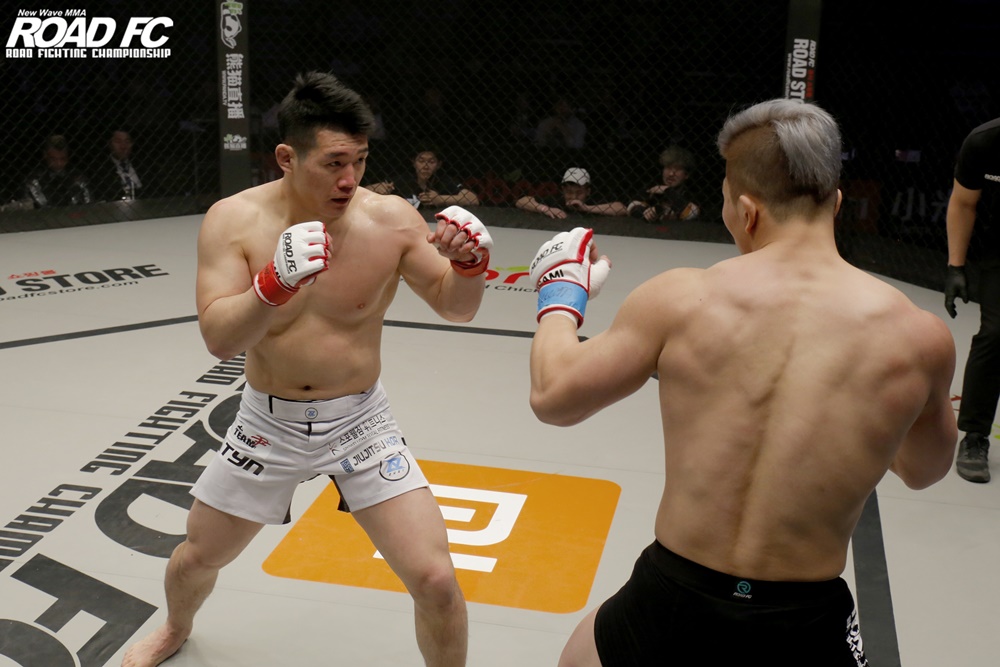 In the evening’s main event, interim middleweight champion Young Choi was scheduled to unify the ROAD FC middleweight titles with the champion Jung Hwan Cha, but an injury to Cha gave undefeated South Korean fighter In Jae La a chance to win his first title.